Due to the high potential for natural or intentional introduction of foreign infectious agents into the United States, tools to rapidly identify disease threats have become increasingly valuable. Recently, there has been growing interest in breath analysis. This technique is ideal for on-site analysis because it is noninvasive, rapid (compounds of interest are already in gas phase), and simpler than measurements in complex biological matrices (1–3). Breath samples from both animals and humans have been used to identify metabolic end products such as hydrogen, methane, volatile fatty acids, and other volatile organic compounds (VOCs) (4). By monitoring concentration changes of VOCs, either depleted from inhaled air (by degradation and excretion in the body) or added to exhaled breath as products of metabolism, one can determine the presence of an infection, a particular disease state, or a recent exposure to a drug or environmental pollutant (1,2,5).

To date, over 200 organic compounds have been identified in human breath (6). These compounds include hydrocarbons, alcohols, ketones, and aldehydes (1,2,7–9). The most abundant VOCs in breath are isoprene, acetone, ethanol, methanol, and other alcohols (1). Of these 200 compounds, only a few have been linked to a particular disease state. For example, breath pentane has been shown to increase in a number of diseases including breast cancer (10), heart transplant rejection (11), acute myocardial infarction (11,12), schizophrenia (11), and rheumatoid arthritis (11). Acetone has long been known to be a key metabolic byproduct in patients with diabetes (2,13) and congestive heart failure (14). Other studies have shown that an increase in concentration of dimethyl sulfide, mercaptans, and fatty acids occurs in patients with cirrhosis (2), isoprene concentration decreases in patients with heart failure (8), and dimethyl- and trimethylamine concentrations increase in patients with renal disease (2).

There have been numerous breath-analysis studies focused on the identification of disease states. However, there are surprisingly few reports in the area of bacterial infection identification. Khaled and Sarker (15) used the urea (13 C) breath test to detect Helicobacter pylori infection in humans. This same test was used to detect Helicobacter pylori infection in squirrel monkeys (16) and cats (4). Gas chromatography (GC) has proved an extremely valuable tool for identifying VOCs associated with bacterial infection in dental research (17–19). For that reason, we undertook the present study to identify key VOCs associated with infection by the Gram-negative bacteria Neisseria meningitidis (N. meningitidis) using gas chromatography–mass spectrometry (GC–MS). N. meningitidis is the major cause of both meningitis and sepsis, two diseases that have particularly high mortality rates in children and young adults (20); it infects humans exclusively (21) and is transmitted from person to person during close contact via airborne salivary droplets. The overall frequency of asymptomatic carriers is ;10% in the general population (22), with invasive infection rates between 0.3 and 7.1 per 100,000 inhabitants in Europe (23).

Figure 3: Graphs of incubation time versus area percent for the selected peaks that showed increasing or decreasing trends. (a) ethanol, (b) 2,3,4-trimethylpentane, (c) 2,2,5-trimethylhexane, and (d) styrene. Run 1 and run 2 are replicates run under identical conditions.

Collection apparatus: A sampling apparatus capable of collecting VOCs from the headspace gases was constructed and placed in a biological safety cabinet (BSC). A vacuum pump (Gast Manufacturing, Benton Harbor, Michigan) was connected to a six-port stainless steel manifold with 0.25-in. perfluoroalkoxy (PFA) tubing (Curbell Plastics, Orchard Park, New York). Each sampling port had a critical orifice (O'Keefe Controls Co., Monroe, Connecticut) that allowed a constant flow rate of 62 mL/min when a vacuum draw greater than 15 in. Hg was applied. The stainless steel sorbent tubes (Markes International, Pontyclun, UK) were 0.25-in. o.d. × 3.5-in. long and attached to the manifold ports via Swagelok fittings (Solon, Ohio) using Teflon ferrules. The 150-cm2 polystyrene cell culture flasks (Corning, Corning, New York) were sealed with silicone stoppers (Fisher Scientific, Pittsburgh, Pennsylvania) during sampling to limit the loss of headspace gases and to minimize VOC off-gassing. Gas flow into and out of the culture flasks during collection occurred through pipetting needles that penetrated the stoppers. Headspace collection was completed by connecting a sorbent tube to the tissue culture flask through autoclaved Tygon tubing connected to a 6-in., 14-gauge pipetting needle (Fisher Scientific, Pittsburgh, Pennsylvania). The evacuated headspace gas was replaced with outside air that was charcoal and high-efficiency particulate air (HEPA) filtered (Fisher Scientific, Pittsburgh, Pennsylvania) from the biological safety cabinet through a 2-in., 16-gauge pipetting needle. The headspace gases were drawn through sorbent traps designed to retain volatile organic compounds.

The sorbent tubes that were employed use a "triple sorbent" bed approach, in which three sorbent materials with increasing retentive capabilities for VOCs are packed in series such that easily retained volatile compounds are trapped in the first sorbent bed while the more volatile and the more difficult to trap compounds that breech the early sorbent beds of the tube are subjected to increasingly retentive materials. The triple sorbent bed contained Carboxen 1000, which traps carbon chain lengths of C2–C5; Carbotrap B, which traps carbon chain lengths of C5–C12; and Carbotrap C, which traps carbon chain lengths of C12–C20. The design of the sampling system allows for easy removal and replacement of both sorbent tubes and tissue culture flasks. The system is capable of sampling VOCs from as many as six samples simultaneously, and is of a size such that the entire system could fit readily into an incubator or biological safety cabinet.

Equipment and procedure: Volatile organic compounds were collected on a mixed-bed stainless steel sorbent tube (3.5 in. × 0.25 in. o.d.) packed with Carboxen 1000/ Carbopack B/Carbopack C. The tubes were loaded into a Markes Ultra TD automated sampler (capacity 100, Pontyclun, UK), which was interfaced to a Markes Unity Thermal Desorber (Pontyclun, UK). The tubes were checked for leaks and purged with helium for 1.0 min to remove water and air. The tube was then desorbed at 280 °C for 5 min onto a -10 °C Tenax cold trap (with a flow rate of 10 mL/min). The cold trap was then heated rapidly to 280 °C and the desorbed sample was flushed through a fused silica transfer line (0.25-mm i.d., 180 °C) to the chromatographic column (30 m × 0.25 mm, 0.5-mm df Rtx-5Sil MS, Restek, Bellefonte, Pennsylvania). Separation via GC was achieved by ramping the column temperature as follows: 40 °C, hold 1 min, 6 °C/min to 280 °C, hold 10 min. The total analysis time was 51.0 min. The GC–MS system employed in this study was a Hewlett Packard (HP) Model 6890 Gas Chromatograph (Palo Alto, California) interfaced to an HP model 5973 Mass Selective detector with ChemStation software for data acquisition and processing.

Total ion current was monitored for all samples using electron-impact ionization (70 eV) in the positive ion mode. A scan rate of 2.0 scan/s and mass range of 20–500 amu was applied. Data from each chromatogram, including peak retention time, area under the curve, and tentative identification based upon matching of mass spectral database, were transferred to an Excel spreadsheet. Tentative identification of the chemical structure of these compounds was based upon interpretation of the mass spectra (fragmentation patterns and ion abundance) and library matching using the NIST/EPA/NIH mass spectral database (Gaithersburg, Maryland, Version 2.0). Further confirmation of potential marking compounds was conducted by purchasing reference standards of the tentatively identified species and performing GC–MS analysis using the same thermal desorption and chromatographic conditions employed for the headspace samples.

The NIST search results were used to select standards needed to identify peaks of interest. In all, eight standards (ethanol, dimethyl sulfide, 1,3,5-trifluorobenzene, 2,3,4-trimethylpentane, 2-methylheptane, 2,2,5-trimethylhexane, styrene, and 2,7-dimethyloctane) were selected and analyzed. Each standard was injected manually and run under the same GC–MS conditions as the cell culture headspace samples.

A total of 75 VOCs were detected in the headspace of N. meningitidis cultures. Six of these compounds were identified by comparison to standards: ethanol, dimethyl sulfide, 1,3,5-trifluorobenzene, 2,3,4-trimethylpentane, 2,2,5-trimethylhexane, and styrene (Figures 4–9). A typical GC chromatogram contains most (but not all) of the 75 VOCs. Ethanol, 2,3,4-trimethylpentane, 2,2,5-trimethylhexane, and styrene were detected over all three days of sampling in all replicates. Dimethyl sulfide and 1,3,5-trifluorobenzene were detected in only one of the three replicates. Five of these compounds previously have been identified in human breath: 2,3,4-trimethylpentane (11), 2,2,5-trimethylhexane (12), dimethyl sulfide (24), ethanol (24), and styrene (11). Styrene also has been detected in cattle breath (4).

Figure 11: GC mass chromatogram and mass spectrum obtained for one of the selected experimental GC peaks (retention time = 8.43 min) that has a mass spectrum closely related to 2,7-dimethyloctane. Because the two species are close in retention time and have similar mass spectra, they might be isomers.

Tables I–III list the results obtained from each replicate. Incubation and collection of headspace were conducted in the same manner for all three replicates. Each sampling replicate consisted of collection times at 1, 3, 6, 24, or 72 h of incubation. Only the retention times of peaks resulting in an NIST hit are shown, along with the NIST result. The standards used along with the corresponding retention time are also shown. Of the 25 peaks listed, seven were found to increase with incubation time (Table I; retention times 1.6, 1.71, 1.94, 2.02, 2.41, 2.64, and 3.14 min). Only ethanol (retention time 1.71 min) was found to increase in all three runs, indicating that it is a metabolic product (as indicated also in Figure 2a). The peaks at 1.94 and 2.64 min were identified as dimethyl sulfide and 1,3,5 trifluorobenzene, respectively. Sixteen peaks were found to decrease over the 72-h incubation time (Table II). Five of these peaks (retention times 4.43, 4.56, 5.05, 7.44, and 7.97 min) were detected in all three replicates. The peaks found at 4.43, 5.05, and 7.97 min were identified as 2,3,4-trimethylpentane, 2,2,5-trimethylhexane, and styrene, respectively (as indicated also in Figures 2b–d). Seven peaks (retention times 4.14, 4.62, 4.82, 4.89, 7.35, 7.61, and 8.47 min) were detected in two of the three replicates. Combined, only five peaks appeared after bacteria were added to the culture (Table III). The peak at 1.93 min was the only peak detected in more than one replicate. From our analysis, it was determined that the majority of peaks that increased occurred before 3 min elution time; the peaks that decreased eluted between 4 and 10 min after injection.

As a comparison, the bacteria were analyzed without media or cells. This resulted in 16 peaks that were present with cells and media runs only. However, a total of 59 peaks were detected when media and cells were added to the bacteria. The N. meningitidis bacteria produced five unique peaks occurring at retention times 1.93, 2.15, 2.22, 2.56, and 3.02 min. These peaks were identified by the NIST database as 1,2-dimethylcyclopropane, 2-methylpropanal, methacrolein, N-2-dimethyl-1-propanamine, and 3-methylbutanal, respectively.

This study shows that N. meningitidis bacteria produce VOCs that can be detected by GC–MS. A total of 75 VOCs were detected, five of which can be considered key VOC markers for Neisseria meningitidis. These peaks were identified as 1,2-dimethylcyclopropane, 2-methylpropanal, methacrolein, N-2 dimethyl-1-propanamine, and 3-methylbutanal by the NIST database. As expected, many of the VOCs detected were hydrocarbons, alcohols, ketones, and aldehydes. Further studies must be performed on additional samples to establish whether VOC biomarkers of infection for different bacteria can be determined, as well as diagnosis of infection in animal and human models.

The authors would like to thank the Armed Forces Medical Intelligence Center (AFMIC) for financial support.

Investigating Protein Receptors and Other Biomolecules Using SERS and TERS 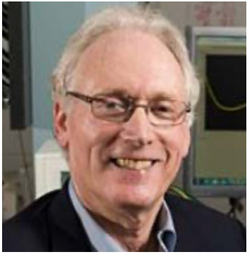