End of the Spectrum: Revealing More Than Meets the Eye

Using MXRF, researchers have developed a novel method that detects fingerprints through the salts that are excreted in sweat.

Scientists from the University of California working at Los Alamos National Laboratory (LANL, Los Alamos, NM) have developed, through the use of micro-X-ray fluorescence (MXRF), a novel technique that detects fingerprints based upon the chemical elements — salts excreted in sweat — mainly present in fingerprint residue.

The MXRF technique, which is based upon elemental composition, detects the sodium, potassium, and chlorine elements in these salts, as well as many other elements, if they are present. These elements are detected as a function of their location on a surface, reportedly making it possible to see a fingerprint where the salts have been deposited in the patterns of fingerprints —the lines forensic scientists call friction ridges.

"It worked better than I would have guessed. I was afraid that the method's detection limits, typically parts-per-million levels, combined with loss in signal when restricting the X-ray beam to a small spot, would result in poor signal to noise and prevent the detection of trace levels of inorganic residue in fingerprints," explained Christopher Worley, a scientist at LANL, who led the project. "While this was true for some prints that were examined, others appeared to contain enough residue to detect the print friction ridges."

When using the MXRF technique, a micro-focused X-ray beam irradiates the sample, and X-rays are emitted from the irradiated spot. The energies of the emitted X-rays correspond to the elements present in that spot, and the number of X-ray photons emitted correlates with the amount of that element present. Then, by moving the beam across the sample both horizontally and vertically, a two-dimensional image for a given element is collected depicting relative differences in concentration of that element dispersed across the surface. According to Worley, the time to acquire an image depends upon the amount of detectable material present in the fingerprint and the level of image pixel resolution desired.

"For the majority of prints examined with the instrumentation in our labs, a typical analysis time was 10 to 20 hours – depending on the sample," Worley said. "The image was collected in an automated fashion, however, so this was just the waiting time before an image was complete. With the development of an instrument specifically designed to analyze elements commonly found in prints, such as those in body salts, I can envision the acquisition time being reduced to a few hours or less, perhaps much less with improvements in detector electronics."

According to Worley, MXRF offers some advantages over traditional fingerprint techniques. First, MXRF does not require the application of powders, vapors, or chemicals, and uses a low power X-ray source, so it is nondestructive and does not alter the fingerprint. Because inorganic elements present in the print residue are detected by MXRF, the presence of certain elements could provide clues as to what an individual had been touching before leaving the fingerprint. Also, salts left on a surface in the pattern of a fingerprint should remain on the surface and detectable by MXRF indefinitely if left undisturbed. Finally, prints on multicolored backgrounds potentially can be difficult to detect by traditional methods, but the background color is irrelevant with MXRF.

Despite these advantages, however, Worley stresses that he does not envision MXRF replacing those traditional fingerprint methods.

"Dusting and chemical treatments will always be important in fingerprint detection. Dusting, in particular, is fast and easy to do at a crime scene," Worley said. "Traditional methods also detect organic constituents in fingerprints, but MXRF cannot detect the carbon, hydrogen, nitrogen, and oxygen present in organic compounds. I see MXRF complementing current methods rather than replacing them."

And while it may make its mark in forensics, in the future, MXRF also could be used in two other important applications: homeland security and child-abduction cases.

"Everyone has a unique fingerprint, and MXRF expands the ability to detect fingerprints in certain situations over current techniques," Worley said. "So I think this method could be useful in the detection of prints in terrorist-related cases.

"Children's prints are typically difficult to detect by conventional means after aging," he continued. "However, inorganic components found in saliva or certain foods that might be present on a child's finger and left in a fingerprint pattern should be detectable for much longer periods of time, perhaps for many years." 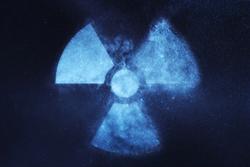