This article outlines the progress made at the United Kingdom’s Na- tional Physical Laboratory (NPL) in using inductively coupled plasma mass spectrometry (ICP-MS) for nanomaterial research using three case studies. First, we examine the measurement of metal impurities in graphene as part of the development of international standards. Then, we assess the uranium uptake of graphene oxide (GO) to optimize functionalization of the material for decontamination of aqueous nuclear waste. Finally, we establish the uptake mechanism of different cell and nanoparticle (NP) types to optimize radiation dosimetry assessments. Further advancements made in ICP–MS analysis to characterize single-particles (SP-ICP–MS) are also discussed with recommendations for future work.

The widespread use of nanomaterials has shown significant benefits in the areas of sensors, nuclear waste treatment, and nuclear medicine. This is evident because of the increasing number of publications citing the use of graphene, functionalized graphene oxide (GO) and high-Z nanoparticles (NPs) for these applications on account of their intrinsic material properties at the nanometer level (1,4,6). These properties include high specific surface area, increased chemical surface functionality, and more effective radiotherapy treatment, respectively. As a result, the growing use of these nanomaterials has driven a need to produce robust characterization protocols. Inductively coupled plasma–mass spectrometry (ICP-MS) is one of the characterization techniques available, and is being increasingly applied in nanomaterial research. The technique allows rapid multielemental information to be attained, as well as a thorough assessment of the materials performance. This paper discusses the use of ICP-MS across several groups at the National Physical Laboratory (NPL) for nanomaterial measurement to contribute towards material standardization, nuclear waste treatment, and nuclear medicine.

An Agilent 8800 Triple-Quadrupole instrument (ICP-QQQ-MS) was used for the analysis of graphene, functionalized GO, and commercial high-Z NPs. The instrument was equipped with two quadrupole mass filters separated by a collision-reaction cell. The sample introduction system was equipped with a glass concentric nebulizer, a quartz torch, a quartz spray chamber, standard nickel sampling, and skimmer cones. The main instrument operating parameters used for each study are listed in Table I. For all case studies, the instrument was tuned using a 1 μg/L multielement (beryllium, yttrium, cerium, or thallium) standard solution to ensure the instrument sensitivity, uncertainty, doubly charged and oxide formation rates, and peak axes were within the accepted ranges.

Each analyte of interest was measured using ICP-MS in single-quad (SQ) mode (that is, with only the second mass filter operating). For iron analysis, helium gas was introduced to the collision-reaction cell at a flow rate of 4 mL/min to remove the 40Ar16O+ polyatomic interference formed in the sample introduction system that otherwise overlaps with the 56Fe signal.

Graphene-based materials were obtained in powder form from Chinese industrial collaborators, and were sourced for the VAMAS TWA 41 Project 2 study (3,10). Carboxyl-functionalized graphene oxide (COOH-f GO) was prepared following the method outlined in the literature (9). The magnetic graphene oxide nanocomposite (MGO) was prepared by coupling (3-aminopropyl) triethoxysilane-coated (APTES)-functionalized iron oxide (Fe3O4) NPs to COOH-f GO by following the EDC.HCl/s-NHS crosslinking protocol (5). The interaction between the target radionuclide species and functionalized graphene oxide material was determined by suspending each prepared material in a diluted natural uranium stock solution (10 mg/L) and measuring the uptake difference by ICP-MS.

The growing industry uptake of graphene has driven a need to develop international standards that ensure end users have available robust and reproducible measurement protocols. Currently, NPL is involved in the preparation of several international graphene standards, which are focused on the measurement of the material properties of graphene and related two-dimensional materials through different characterization techniques, including Raman spectroscopy and X-ray photoelectron spectroscopy (XPS). However, there are a limited number of standardized methods available that specifically describe sample treatment and measurement of the chemical properties of graphene by ICP-MS. Because of the limited number of standardized methods available, an international interlaboratory VAMAS study was developed to address the limits currently faced with ICP-MS analysis of the metal impurities present in graphene (3). The validation of a suitable protocol and the quantification of the associated uncertainties will directly influence the development of the international standard ISO/PWI 23359 in ISO/TC229 “Nanotechnologies, for the chemical characterization of graphene,” that includes the application of ICP-MS. As such, the results from the inter- laboratory study will help form the basis for future standards.

For the initial work completed for this VAMAS study to analyze quantitatively species and concentrations of metal impurities contained in graphene samples, a one-step digestion protocol developed was effective in ensuring complete disintegration of certain graphene samples, with no solid material visible in the digest. ICP-MS analysis of the sample also indicated that the digestion method enabled successful ionization and detection of select metal impurities present in such graphene samples (see Table II). However, because of the harsh sample treatment applied to graphene flakes for complete disintegration, it was difficult to assess if the metal impurity was bound to graphene or in free solution. Further work will explore the design of sample preparation conditions and quantitative ICP-MS analysis to determine how strongly the metal impurity was incorporated on to graphene.

The Nuclear Decommissioning Authority (NDA) has identified the need to research graphene materials (2). Therefore, in this study, the suitability of functionalized-GO materials was assessed by determining two solution parameters by ICP-MS. The first is sorption (S) and describes the process which target radionuclide species undergo attachment to the surface of the material. The second is the distribution coefficient (Kd), which indicates the relative affinity of a material for a target radionuclide species and is represented as a mass-weighted ratio between the solution and the material.

The performance of each material was assessed by determining the uranium uptake by using equation 1 with the corresponding distribution coefficient, Kd, determined by equation 2.

Figure 1 illustrates the difference in sorption capabilities between unmodified Fe3O4 nanoparticles, COOH-f GO, and MGO. It was found that Fe3O4 has a low affinity for uranium, with 17.8% sorption and a distribution coefficient (Kd) value of 1.41 × 102 mL/g observed. In contrast, it was found that attaching Fe3O4 NPs to the surface of COOH-f GO to form MGO lead to an increased retention of uranium; with 96.8% sorption and a Kd value 3.1 × 104 mL/g. The high retention suggests that MGO is suitable for use in uranium remediation as the Kd value obtained is comparable to the values reported previously for GO (6). It was found that studying the solution parameters by ICP-MS allows for the increased radionuclide sorption rates seen in graphene oxide-modified materials to be effectively measured.

Nanoparticles are known to be able to locally enhance radiation dose deposition levels and cause tumors to be more sensitive to ionizing radiation damage. However, there are differences in results between studies (for example with regards to different cell lines, nanoparticle types and concentrations, incubation times, and irradiation parameters). Two studies focused on the use of nanoparticles for increasing the level of cell kill by ionizing radiation when introduced into tumor cells. A range of analytical techniques were used in these studies (1,8), with ICP-MS used to investigate the dynamics of NP uptake in different cell lines.

Analysis was performed to determine the average mass of NP per cell. The main conclusion from the data is the cell line specific nature of NP uptake. In both studies, there was a measurable difference in cell survival between the different nanoparticles and cell lines. The ICP-MS results improve the understanding of the biological impact of nanoparticles for radiation treatment, by comparing the variation in biological effects across cell line and nanoparticle type, as well as relating these findings with cellular uptake. A limitation of these measurements is that there is no indication of mechanism of uptake, and where in the cell the NP is found, which can potentially be overcome by a time-based study, such as lysing the cells at different times post-exposure to NPs.

ICP-MS has been used across several groups at the National Physical Laboratory for application in material standardization, nuclear waste treatment, and nuclear medicine. In this article, three case-studies were used to highlight how ICP-MS can be used to help resolve issues that are currently faced in these applications. ICP-MS has been shown to be effective for rapid bulk sample measurement of graphene, functionalized-GO and high-Z NPs. However, challenges still remain with ICP-MS measurement at the nanoscale, specifically with respect to understanding how surface interactions, which occur between analytes of interest and the nano-material, can be further quantified. This information can potentially be a valuable tool and allow for further insights to be made into the effect of NP size, concentration or shape on the quality, elemental and cell uptake capability of the material, respectively.

One technique which can overcome this challenge is single particle inductively coupled plasma mass spectrometry (SP-ICP-MS). In this technique, a suspension of nanoparticles is introduced, which has been diluted so that only one NP at a time is measured by the instrument. This then allows for several material properties to be measured including particle size, size distribution and the total concentration of both NPs and dissolved contents present in a sample. This would previously have required the use of multiple analytical imaging techniques. As a result, SP- ICP-MS has been increasingly used over the last few years in applications including, consumer product safety and environmental analysis whereby insights into the size and bioaccumulation of nanomaterials are vital.

To date, SP-ICP-MS has not been widely used in nuclear and materials applications. As such, there is great scope to make progress in this area. For instance, most publications have reported mainly on the analysis of ideal NPs (for example, silica and titanium dioxide) (7). This indicates that SP-ICP-MS is not well-suited for the analysis of complex and irregular nanomaterial systems, such as those highlighted in this article. Therefore, further method development work is required in the future to allow for the shape of nanomaterials to be considered during SP-ICP-MS analysis. This can be potentially achieved by developing a database from offline transmission electron microscopy (TEM) measurement of nanomaterials, which can be feed directly to the instruments software. Overall, this will confirm that a fit-for-purpose measurement protocol exists for end-users of SP-ICP-MS and will ensure that this technique remains a prime candidate for nanomaterial analysis.

The work on iron, gadolinium, and gold NPs was supported by the Medical Research Council Proximity to Discovery award (grant number 530912/170684) and the Peter Samuel Royal Free Fund. The work on functionalized graphene oxide was funded from by an iCASE studentship from the Engineering and Physical Sciences Research Council (EPSRC) awarded to the National Physical Laboratory and the University of Surrey. The work on the VAMAS study was supported by the National Key Research and Development Program of China (2016YFF0204303).

The National Physical Laboratory is operated by NPL Management Ltd, a wholly owned company of the Department for Business, Energy, and Industrial Strategy (BEIS).

Hibaaq Mohamud, Ben Russell, Andrew Pollard, and Giuseppe Schettino are with the National Physical Laboratory in Teddington, Middlesex, United Kingdom. Renxiao Liu and Guanglu Ge are with the CAS Key Laboratory of Standardization and Measurement for Nanotechnology, National Center for Nanoscience and Technology in Beijing, China. Direct correspondence to: ben.russell@npl.co.uk. 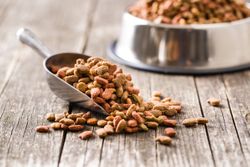