The increasing demand for secondary electrochemical storage devices requires well characterized and working battery systems. Each battery suffers from degradation effects that lead to capacity fading and life cycle reduction. The single mechanisms vary for different types of batteries. With electrochemical methods the decreasing capacity can easily be monitored, but to completely understand the responsible underlying chemical and physical properties, further analytic techniques are needed. The German National Institute for Metrology (PTB) has demonstrated the possibilities offered by X-ray spectrometry (XRS) to investigate aging mechanisms for different high-energy density batteries. XRS, traceable to the International System of Units, enables the quantitative determination of elemental mass depositions on a very large dynamic range that can be used to investigate, for example the transition metal deposition at the solid electrolyte interphase (SEI) in currently used lithium-Ion batteries (LIBs). Moreover, even the oxidation state and the species of an element, which plays a major role regarding ageing mechanisms, can be specified with XRS. In addition, XRS is a non-destructive and contactless analytical technique that can be used not only in post mortem (ex situ) mode, but also in in situ and even operando mode, which is shown in the following for the characterization of fading effects in lithium-sulfur (Li/S) batteries.

Li/S cells are promising candidates for batteries in electric vehicles and as stationary energy storage device because of their high theoretical specific energy density, which is five times higher than for LIBs. The Li/S battery is not yet widely commercially used, because the currently accessible energy density is much lower than the theoretical value, and, therefore, the underlying degradation mechanisms are a recent research topic. The mechanisms have not yet been completely unraveled, but it is known that the formation of the polysulfides soluble in the electrolyte is, besides the cathodic volume change and the growth of lithium dendrites, the main ageing mechanism for this type of battery because it leads to the loss of sulfur available as cathodic active material. To understand and consequently to avoid this fading, the evolution and the behavior of the dissolved polysulfides have to be studied.

Given that the ageing processes in the battery are time dependent, reliable analytical operando methods are needed that allow for the correlation of analytical information with the electrochemical performance. Moreover, the dissolved polysulfides can travel in the electrolyte solution through the cell and the movement between the electrodes is called polysulfide shuttle. Reaching the anode, further damaging effects can occur because of polysulfides undergoing reactions in the negative potentials. Therefore, polysulfides have to be studied not only on the cathode side but also in the near-anode region.

We developed an operando coin cell that can be used to monitor the formation of dissolved polysulfides, as well as the related shuttle phenomena. We used a small probing hole of 3 mm diameter in the center of the electrode of interest and in the coin cell body. To enable working in a ultra-high vacuum (UHV) environment, the hole in the coin cell case is sealed with a thin window that has sufficient transmission for incident as well as fluorescence radiation around 2.4 keV. The operando cell for investigations of dissolved polysulfides on the anode side is shown in Figure 1.

When tuning the photon energy of monochromatized synchrotron radiation across the K absorption edge of sulfur, the binding state can be revealed for speciation purposes. Performing such a near-edge x-ray absorption fine structure (NEXAFS) investigation under operando conditions and recording the element-specific fluorescence radiation with calibrated instrumentation in a traceable X-ray fluorescence (XRF) analysis approach, the absolute quantification of the mass deposition of sulfur in dissolved polysulfides became feasible for the first time during three full charge-discharge cycles of a Li/S battery. With PTB’s reference-free XRF quantification method, no calibration samples or certified reference materials are needed, which is important because every aged battery cell is unique. A (dis-)charge current of (C/10) C/5 is applied and each NEXAFS measurement around the sulfur K-edge took around 10 min, which is compared to the charge/discharge current rate and allows for the detection of even fast changes in the polysulfide amount. With the quantified sulfur mass in dissolved polysulfides and the known initial cathodic sulfur mass, the loss of active material could be determined. The results for the polysulfides in the near-anode region is shown in Figure 2.

With our measurement we identified that the reaction equilibrium for polysulfides is forced to the anode side because the average amount of polysulfides increases over cycles. That can be explained by an inhibited movement of polysulfides from the cathode to the anode side during the recharge process possibly caused by Li ions moving from the cathode back to the anode. This progress corresponds in the electrochemistry curve to the dip at 2.4 V. In addition, by means of appropriate experimental and NEXAFS evaluation procedures, access to the change of the average polysulfide chain length could be achieved which enables a deeper understanding of the capacity fading processes.

The current operando measurement cells as well as the quantification method can be adopted for other kind of cell chemistries, like LIBs and all solid-state batteries, and also for catalytic processes. Moreover, the cell is suitable for different analytical techniques. We additionally performed cyclic voltammetry, operando Raman spectroscopy, and operando X-ray radiography, which lead to additional and complementary information about the aging mechanism.

This research was funded by German Science Foundation (DFG Project ISIBAT Sta 324/54). We would like to thank Manfred Stamm at Leibniz Institut für Polymerforschung Dresden for the materials provided and the Raman spectroscopy experiments as well as Sebastian Risse of the Helmholtz-Zentrum Berlin for performing the X-ray Radiography measurements for investigation of our Li/S cells. 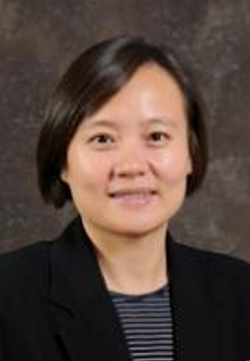