Spectroscopy interviewed Monique Chanhuot (Ecole Normale Sup?rieure, Paris, France) about her recent work using chiral liquid crystals in NMR to track changes in alanine chirality driven by alanine racemase. The hope is that, in the future, elucidations of the enzyme activity may enable the development of inhibitors and new antibiotics.

Spectroscopy interviewed Monique Chanhuot (Ecole Normale Supérieure, Paris, France) about her recent work using chiral liquid crystals in NMR to track changes in alanine chirality driven by alanine racemase. The hope is that, in the future, elucidations of the enzyme activity may enable the development of inhibitors and new antibiotics.

Q. What are your main research interests? How did you enter the field?
A: I am interested in understanding enzymatic transformations at a local scale. I want to tackle the critical hydrogen bonds inside and outside the active site of enzymes, the different intermediates, the allosteric interactions, and the interactions with inhibitors as well the dynamics of the system. To answer these questions I am using nuclear magnetic resonance (NMR) spectroscopy in solution, and the solid state, and more recently in liquid crystals. These various techniques offer detailed information at the local scale from a chemical species point of view (we can observe different chemical shifts for different species for the 13C, 15N, and 1H nuclei) as well as a dynamic point of view at different physical phases (solid or liquid). These techniques require a combination of expertise in organic chemistry, selective isotopic enrichment on biological system, and methodological knowledge in solution and solid-state NMR spectroscopy. I believe that by observing the whole biological system from different points of view such as the cofactor, the substrate, and the enzyme will help in elucidating the mechanism of antibiotic-targeted relevant enzymes such as alanine racemase.

I entered this field during my doctoral thesis. I was at that time interested in understanding the function of pyridoxal 5'-phosphate (PLP) in an enzymatic model system made of polypeptides and small model molecules. I selectively enriched the cofactor at different strategic positions with 13C and 15N isotopes. Solution and solid-state NMR experiments revealed the coupling of critical hydrogen bonds and the ability of the four chemical groups of the cofactor to adapt to different pH and chemical environments. At the end of my PhD thesis, I incorporated the labeled cofactor in enzymes such as alanine racemase. The mechanism of alanine racemase is different from that of other PLP-dependent enzymes. One of the key steps of PLP-dependent enzymes is the activation of external Schiff bases, which are usually activated by the protonation of the pyridine nitrogen at the cofactor. In the case of alanine racemase, no acidic residue can protonate the cofactor.

Q. Why did you set out to develop an NMR technique to monitor the activity of alanine racemase?
A: Classical methods to monitor the enzymatic racemization of alanine are either circular dichroism or UV spectroscopy, and chiral capillary electrophoresis and chiral chromatography methods have been reported. The two first methods are long established and robust but unfortunately lack the capability of “molecular zooming”. Indeed, all these methods observe the molecule as a whole entity whereas NMR allows one to select one nucleus of the substrate to be spectrally observed. For instance, one can look at the 2H of the methyl group or of the C-alpha on selectively deuterated alanine, and the kcat values obtained in each case are expected to be different as we know that the deprotonation at the alpha position is a rate-limiting step. One could in principle look at 13C and 15N with a prior selective isotopic labeling. Proton nuclei are sensitive to enantiodiscrimination but the overlapping of different sites and scalar and intramolecular dipolar coupling may give rise to a very complex spectrum.

As you now understand, NMR offers a “zoom” on molecules which permits to get detailed but crucial information. In the near future, we will apply this method to alanine derivatives that are known to inhibit alanine racemase. By selectively deuterating (or other spin-active isotope labeling), we hope to establish the chemical species, the protonation states, the critical hydrogen bonds, and the dynamic of the inhibition.
Q. What are the principles of your method? What are the advantages over existing methods?A: Classical solution NMR spectroscopy cannot differentiate enantiomers except by the use of chiral derivatizing reagents (requiring chemical transformations or the use of metal complexes) or the recording of spectra in a chiral environment. During a conference in 2011, I learned about the results of Dr. Philippe Lesot on discriminating alanine enantiomers by 2H NMR using a chiral orienting media made of DNA fragments. Philippe Lesot is a senior researcher at the Institut de Chimie Moléculaire et des Matériaux d’Orsay and a long-established expert in the field of liquid crystal NMR. I contacted him to collaborate in obtaining the results now published in Analytical Chemistry. These results also stem from a collaborative work with colleagues from the Ecole Normale Supérieure, the Institut Curie, the University of California Davis, and the Indian Institute of Science of Bangalore.

The principles of the method rely on the observation of the expression of an anisotropic interaction on an NMR spectrum. Enantiomers have the same chemical properties and therefore cannot be discriminated by standard solution NMR. In contrast, when enantiomers are dissolved in a chiral orienting media, the average orientation of the enantiomers can differ and therefore the anisotropic NMR interactions of solute can be expressed differently.

Among the anisotropic interactions, the quadrupolar interaction is very sensitive to the alignment of molecules due to the large value of quadrupolar coupling constants which can reach the MHz range. This is the interaction between any electric field gradients and the electric nuclear moment of quadrupolar nuclei. Interestingly deuterons are quadrupolar nuclei (spin I = 1), and the residual quadrupolar splittings observed on 2H NMR spectra recorded in liquid crystals (chiral or not) are very sensitive to small orientation changes of the C-D bond relative to the applied magnetic field of spectrometer. Thus even slightly aligning chiral media such as polypeptide or polynucleotide chiral liquid crystals can give rise to clear spectral discrimination of enantiomers.

Q. What is the biological role of alanine racemase? Why is it important to learn about its mechanism?A: Alanine racemase is vital to bacteria because it permits to transform naturally occurring L-alanine to its enantiomer to build the protective peptidoglycan layer. The peptidoglycan layer is made of sugars and linkage between L and D amino acids (glutamate and alanine). It is a sophisticated protective strategy from bacteria as humans do not have the adequate enzymes to cut L-D amino acid peptide bonds. Our proteases are programmed to cut only peptide bonds with an L-L linkage.

It is important to learn about its mechanism because it will help us understand better how to inhibit efficiently alanine racemase, which is an enzyme specific to bacteria. Another challenge is to find a selective inhibitor as humans have many PLP-dependent enzymes inside the body. The results will enable researchers to set new paths to design specific inhibitors and, in the future, antibiotics. Several cases of antibiotic resistance have been reported by hospitals. More particularly, methicillin-resistant Staphylococcus aureus (MRSA) is responsible for nosocomial infections that can infect patients in intensive care wards even in developed countries.

Q. Is it possible to apply your newly developed method to tracking the kinetics of other enzymes?A: Yes, absolutely. This method could be used to monitor any chiral enzymatic transformations as long as the substrate, the enzyme, and the product are soluble in the chiral liquid crystal used. The kinetics can be moderated to NMR timescale by reducing the enzyme concentration, for instance.

Q. Where do you see your research going in the future? What are you working on next? A: On the one hand, we are interested in understanding the fundamental chiral recognition in a chiral liquid crystal. Thus attempts to measure potentially different diffusion coefficients of each enantiomer inside DNA-based chiral liquid crystals are currently being performed by our corresponding author Philippe Lesot and his coworkers at Institut de Chimie Moléculaire et des Matériaux d’Orsay. Extended calculations and changing the helicity of the chiral liquid crystal are also under investigation.

On the other hand, we plan to extend this method to other enzymes that are water soluble (for example, racemases and epimerases) or organosoluble (such as chymotrypsin). For this we will first optimize the chemical and physical properties of potential chiral liquid crystals adequate for NMR (enantiodiscrimination and salt concentration, among others) and enzymatic samples (pH, temperature, and concentration ranges).

We intend to test inhibitors of alanine racemase with selective isotopic labeling to monitor the inhibition from the inhibitor point of view.

I will also continue to study relevant enzymatic systems from the substrate, inhibitor, cofactor and enzyme point of view by using NMR spectroscopy in solution, liquid crystals, and solid-state.

Q. Do you have anything further to add?
Yes, first of all, this work is the result of a fruitful and international collaborative effort between colleagues from two institutes in France, California, and India. Philippe Lesot and I both worked to establish the analytical potential of this method for enzymology. Moreover, the data have been analyzed together with colleagues from the Ecole Normale Supérieure (Geoffrey Bodenhausen, Philippe Pelupessy, and Luminita Duma.

The protein expression and purification was performed at the Institut Curie from Paris (Patricia Duchambon). Long lasting collaboration with Michael Toney at the University of California Davis permitted us to understand the enzymatic problem. Finally, the delicate preparation of DNA-based chiral liquid crystals was conducted at the Indian Institute of Science of Bangalore (U. Venkateswara Reddy and N. Suryaprakash).

I would also like to thank the editors of Spectroscopy for their interest in our work. Giving the possibility to expose my work as a young researcher is a great opportunity to enhance my visibility in a broad and international audience.

Monique Chan Huot started her chemistry studies in France at the Institut UniversitaireTechnologique in Poitiers and obtained her Licence de chimie at the Université de Strasbourg.  She then took part in the ERASMUS exchange program and decided to join the Bilingual Master Program in chemistry at the Freie Universität Berlin. After a master specialized in organic chemistry, she entered the field of Nuclear Magnetic Resonance (NMR) during her doctoral thesis under the supervision of Prof. H. H. Limbach at the Freie UniversitätBerlin. She investigated vitamin B6 in different enzymatic model systems using solution and solid-state NMR spectroscopy and specific isotopic labeling of small molecules. She finished her PhD thesis in 2010 with highest honours. She is now a postdoctoral researcher at the Ecole Normale Supérieure in Paris, France in the group of Prof. G. Bodenhausen. She is involved in several projects such as the preparation of microcrystalline proteins for highly resolved solid-state NMR spectra and following enzymatic chiral reactions in liquid crystals. Her scientific goal is to study biochemical and chemical reactions at a molecular scale using NMR spectroscopy in diverse physical states. 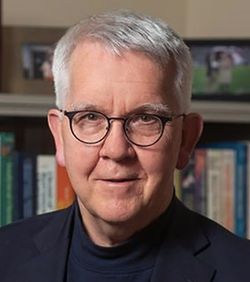