This month's Technology Forum looks at the topic of industry trends and the issues surrounding them. Joining us for this discussion are Mike Jost, with Thermo Fisher Scientific, Dr. John Seelenbinder, with A2 Technologies, and Bob Messerschmidt, with Aspectrics, Inc.

This month’s Technology Forum looks at the topic of industry trends and the issues surrounding them. Joining us for this discussion are Mike Jost, with Thermo Fisher Scientific, Dr. John Seelenbinder, with A2 Technologies, and Bob Messerschmidt, with Aspectrics, Inc.

How would you assess the current state of the spectroscopy industry? Do you see it growing rapidly, growing steadily, or perhaps shrinking?

(Jost) We have seen steady growth in the traditional laboratory-based markets for molecular spectroscopy. There are several exciting areas that are seeing much higher growth as result of both technology introductions and increasing awareness of the power of spectroscopy to solve problems outside of the laboratory where fast answers are important. The combination of technology and this recognized need is resulting in new products with new practical uses for spectrometers. The industry is growing in new directions with different users and many new products. Overall, research spectroscopy has declined significantly from its heyday and growth continues to be driven by the benefits of routine and application-based spectroscopy.

(Seelenbinder) I see the spectroscopy industry growing steadily. There is continued slow growth in the laboratory market, but new applications are bringing on new users.

(Messerschmidt) The industry as a whole is very healthy, growing at something like 7-8% annually. Specifically, vibrational spectroscopy is on the upswing. After a decade characterized by market maturity and corporate consolidation, it appears we are once again in a period of innovation and growth, with respect to vibrational spectroscopy. For a while there, a lot of long-time infrared disciples were kicking themselves for not specializing in mass spectrometry. Now, both infrared and Raman spectroscopy have found their strides. In order for the market to break out and grow, instrument companies needed to show the way with dedicated analyzers that outputted answers instead of spectra. Miniaturization and ruggedization also played a role in moving vibrational spectroscopy into new markets.

What applications are fueling the industry’s growth right now?

(Jost) Significant adoption of spectroscopy for emergency response and forensic applications in the field helped to create high awareness and acceptance of molecular spectroscopy as a mobile technique, notably giving all the vibrational techniques new room to grow. The established use of near-infrared spectroscopy as a process monitoring technique received broad new attention recently as the highly visible pharmaceutical industry looked to update its manufacturing processes through active analytics-based control. Rapid growth of spectroscopy in life science applications has been encouraged by the emergence of revolutionary sampling technologies and specific application focus. The general comment is that the more specific the application and the more valuable the problem is to solve, the stronger the growth trend.

(Messerschmidt) For Raman spectroscopy, the pharmaceutical industry has led the way. The checking of incoming raw materials to assure compliance and quality has been simplified with the use of this technique. The infrared spectroscopy market is at least 5 times larger than the Raman market, and growing at a similar pace. Infrared growth at the moment is being fueled, so to speak, by cleantech applications such as quality measurement of biodiesel. Raman has yet to take a stand in these markets. Both infrared and Raman continue to benefit from safety markets such as chemical warfare agent detection. Last, but certainly not least, medical device manufacturers are investing heavily in both infrared and Raman. The need for lower healthcare cost is the driver for the quest for noninvasive medical diagnostics.

In the future, do you see any new research and technological developments or up and coming applications that would enhance growth?

(Jost) The appearance of technologies not necessarily new-to-the-world but new-to-spectroscopy (optical products and MEMS technology from telecom, for example) over the last few years is still fueling development of products and market niches. Overall instrument manufacturers are paying good attention to the need to solve particular problems, and better solutions are leading to broader and newer uses. Systems that simplify the spectroscopy and have the intelligence to provide users with meaningful answers will lead the charge.

(Messerschmidt) The hardware side of things is pretty well poised for growth. New fabrication technologies, brought to the field from the telecommunications industry, have made spectroscopic instruments smaller, cheaper, and more rugged. The software user interface and algorithms now need to keep pace. A new school of chemometrics has emerged with a strong emphasis on experimental design. User interface is being influenced by developments in the area of consumer electronics. These changes suggest a new generation of spectroscopy tools that are as easy to use as a cell phone.

What has been the most important development in the spectroscopy field over the past few years?

(Jost) It would be easy to point at some recent technology and product introductions but a fundamentally important development is the shift in spectrometer users from spectroscopists to a new and different generation of users. The new “analysts” typically have broad responsibilities and see the spectrometer as a tool to help them get their jobs done, rather than the focus of their job. System users increasingly are experts in their products or processes but less so in specific spectroscopic techniques; this is true not only outside of the traditional lab but increasingly in the lab. Adaptation to this shift is starting to be seen but will be an industry driver for some time.

(Seelenbinder) Improved electronics and miniaturization have been the greatest developments in the last 10 years, but more needs to be done in these areas.

(Messerschmidt) As vibrational spectroscopy has moved out of the laboratory, a raft of enabling technologies have paved the way. The need for ruggedization has been enabled by miniaturization and packaging ideas from the telecom field. The need for portable devices has been met by new battery technologies. Solid state light sources have gotten more robust and lower cost. The bottom line is that it can not be said that one development has been most important. Rather, many improvements have resulted in a new generation of small, rugged, targeted instruments.

How do you see the state of the spectroscopy industry 10 years from now?

(Jost) An interesting likelihood is low emphasis on spectrometer technology itself, and more focus on converting the light-sample interaction into information that anybody can understand. More intelligent systems both inside and outside the laboratory will be preferred.

(Seelenbinder) I see many specialized systems dedicated for a particular analysis. There will still be general laboratory benches, but the majority of systems will have a specific application for which they are uniquely designed.

(Messerschmidt) Just as spectroscopy has moved steadily into the industrial market, over the next 10 years, it will find tremendous growth in the medical and even the consumer markets. Already, spectrometers with a level of power that, 20 years ago, were a luxury for research chemists, are being operated by sales people at the cosmetics counter. A spectrometer more powerful than that used by Nobel Prize winners now stands sentry at the gates of Disney World, confirming the identity of ticket holders. Soon, a spectroscopy-based analyzer at the local pharmacy will tell you if you are potentially diabetic and should see your doctor. There will always be a market for assuring quality, quantity, and identification. For these goals, there is no better data than a spectrum. Spectroscopy growth will remain robust, clear through the next decade and well beyond.

What do you think?

Click here to participate in our "Question of the Month" survey on industry trends. 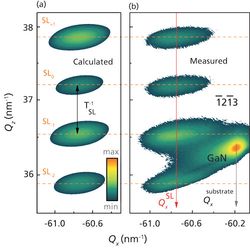