Professor Yukihiro Ozaki, a professor emeritus and a university fellow at Kwansei Gakuin University, a guest fellow of the Toyota Physical and Chemical Research Institute at Kobe University and Fukui University, and a guest principal researcher of Riken, is the 2021 winner of the International Council for Near Infrared Spectroscopy (ICNIRS) Karl Norris Award. This award, honors the unique contributions of Karl Norris, who is the internationally recognized founder of near-infrared (NIR) spectroscopy. The Karl Norris award recognizes a researcher in the later stages of his or her career who has a sustained record of important contributions to NIR spectroscopy and is awarded once every two years. The award was presented to Ozaki at the ICNIRS 2021 conference, held online from October 17 to 21 and hosted by the China Council on Near Infrared Spectroscopy in Beijing.

Ozaki has been internationally very active in research and education of spectroscopy, physical chemistry, and analytical chemistry for the last four decades. He has been a fellow of Society for Applied Spectroscopy since 2010, the Royal Society of Chemistry since 2015, the Chemical Society of Japan since 2016, and the ICNIRS since 2017.

Ozaki has received many awards over the years, including the 1998 Tomas Hirschfeld Award, the 2001 EAS Award for Achievements in Near Infrared Spectroscopy, the 2006 Gerald Birth Award from the Council for Near Infrared Spectroscopy, and the 2014 Bomem-Michelson Award from the Coblentz Society. Ozaki has also received The Chemical Society of Japan Award in 2017, the Medal with Purple Ribbon from the Japanese Emperor in 2018, and the Pittsburgh Spectroscopy Award in 2019. 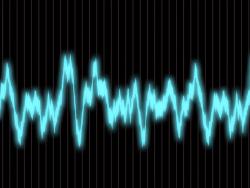