End of the Spectrum: Science Searches for the Truth about Tut

In hopes of solving what really killed Egypt's King Tutankhamun, better known as Tut, researchers recently performed a computed tomography (CT) imaging scan on the ancient pharaoh's remains. Now with the work complete, Zahi Hawass, Egypt's chief archaeologist and the project's leader, announced the results of the scans indicate the adolescent leader, who died at approximately 17, was not murdered as some have theorized, and that he may have died of a leg infection that came following a broken leg.

To obtain the images, a van equipped with the CT machine was parked outside of Tut's underground tomb in the Valley of the Kings in upper Egypt. Some 1700 three-dimensional images of Tut's mummy were obtained over a 15-minute span. The scans are part of the Egyptian Mummy Project, a five-year project aimed at preserving, studying, and learning from the mummies of ancient Egypt.

The imaging project comes nearly four decades after professor Ronald Harrison performed x-ray analyses on Tut's remains in 1968. Harrison pinpointed a fracture in the back of Tut's skull as the cause of his death — which grew into the theory of Tut's murder from a blow to the back of the head. Over time, this theory somehow became more fact than educated guess, and the legend of the pharaoh's murder spread.

In a recent statement released by Egyptian authorities, however, Hawass said his research team found no evidence for a blow to the back of the king's head, and no other indications of foul play. He also ruled out the theory of a possible accident that may have crushed Tut's chest. Instead, his team focused on a fracture on Tut's left thighbone as evidence of a severe injury.

"The hype about a possible homicidal death of King Tut was initiated by some loose thinking by Professor Harrison and his unsubstantiated allegations on a BBC production that the x-ray findings suggested a traumatic death," says Richard Boyer, a doctor of radiology at the Primary Children's Medical Center (Salt Lake City, Utah), who first studied Harrison's x-rays at the request of a colleague. "Unfortunately, others have bought into Harrison's fantasy and carried on the notion that the young pharaoh was murdered.

"When I was interviewed by the Discovery Channel in 2002, I spent an hour explaining the findings on the skull x-rays on camera to dispel, or at least I thought, the notion that the x-rays supported the theory of homicide," Boyer continues. "We thought that we were participating in a bona fide scientific effort to give the public some factual information on the supposed murder. We were disappointed when the Discovery Channel production aired because the producers chose to ignore all of the valid material we presented. It did not fit with their bias — it makes a lot more interesting fodder for their viewers if they can present a conspiracy theory of murder."

Now that the murder theory has been dismissed publicly by Hawass, only time will tell if the latest notion of a broken leg and an eventual fatal leg infection will hold any merit in a Da Vinci Code society that finds romanticism more appealing than scientific findings and historical facts.

"I have not seen the CT images, so I can't comment on what the leg fracture looks like. If the fracture was post-mortem, there will be no signs of healing," explains Boyer, who dismissed the erroneous murder claims in a 2003 issue of the American Journal of Neuroradiology. "The mummy was fixed into his coffin by rock-hard resin and had to be chiseled out. It would not be surprising that a leg bone might be broken in the process. After all, the neck was severed in two. If there are signs of healing of the leg fracture, then it may have occurred before death, but it would only be a source of infection if it was an open fracture, a breaking of the skin, which may be evident from a review of the scans."

Nearly 3000 years after his death, and 83 years after being discovered by British archaeologist Howard Carter, the mystery surrounding King Tut, the 12th ruler of Egypt's 18th dynasty, and his demise continues. The recent CT scans may be accepted as more dependable evidence than Harrison's x-rays, but scientists and archaeologists will have to continue their fight against hearsay and legend to have their tangible imagery and facts accepted.

"We will not reach a conclusive answer about how he died," says Boyer. "But enterprising people will keep writing and producing media materials based on shabby science as long as the public is gullible enough to buy it." 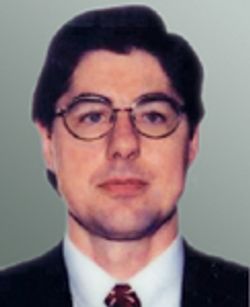 Chemometrics in Spectroscopy - Linearity in Calibration: Other Tests for Non-Linearity