Spectroscopy recently interviewed professor Robert J. Levis, professor of chemistry at Temple University in Philadelphia, Pennsylvania, on his work with strong lasers, including specific applications such as tissue typing and tissue analysis.

recently interviewed professor Robert J. Levis, professor of chemistry at Temple University in Philadelphia, Pennsylvania, on his work with strong lasers, including specific applications such as tissue typing and tissue analysis.

Please tell us about your recent work with strong laser fields.

Levis: My group has been exploring the interaction of ultra -ntense, ultra-short duration lasers with molecules since we built our first femtosecond laser in the early 1990s. In the early years, our focus was on interactions with isolated molecules in vacuum. Now we focus on molecules in complex, high-pressure systems. We recently discovered three fundamentally new phenomena. The first of these is the vaporization of molecules from solution or solid phase into the gas phase for subsequent analysis using electrospray mass spectrometry. In this experiment, we measure the molecular weight of virtually any target molecule with high molecular weight, including proteins. We just published a paper in PNAS that showed not only that cytochrome c and lysozyme vaporize intact, but also that their tertiary structure is preserved. In another discovery, we reported in Physical Review Letters that a laser filament could impulsively excite vibrations in vapors in air at distances up to 15 m. The molecules vibrate in phase and this enables Raman spectroscopy to be performed for gas-phase molecules at standoff distances. Such an experiment has great potential for defense applications and industrial vapor analysis. In a third discovery, we reported in Physical Review Letters the observation of the dynamic Rabi oscillation, a new coherent phenomenon that may allow the development of inexpensive, robust femtosecond laser sources. Unlike our early work, all of these experiments were performed on molecules found at ambient conditions.

Your work can be applied to a wide range of applications that are “hot topics” these days, including the detection of chemical warfare agents and deep tissue cancer detection. How do you see your research evolving in the next few years?

Levis: We are currently involved in tissue typing using laser electrospray mass spectrometry as a rapid, robust means to determine the contents of cells for disease diagnosis, microorganism identification, and forensic analysis. We also are developing the filament-based Raman spectroscopy for ever-more sensitive standoff detection applications.

At EAS 2011, you gave a presentation titled “Femtosecond Laser Mass Spectrometry for Protein and Tissue Analysis”. Can you explain the process you used to determine the right methods for performing rapid mass analysis from a wide variety of samples at atmospheric pressure?

Levis: We had known since 2000 that femtosecond lasers would vaporize cryogenic films of polyatomic molecules in ultrahigh-vacuum chambers. One day, we were attempting to detect explosives using laser induced breakdown spectroscopy and noticed that the plasma spark was quenched when a film of 2,4-dinitrotoluene (DNT) was interrogated. I thought that perhaps this meant that films of molecules at atmospheric pressure would also vaporize into the gas phase intact. We tested a sample using an electrospray mass spectrometer that we had built to perform coherent control on biological molecules. We were amazed to discover that fragile molecules would vaporize intact when subjected to a laser pulse with intensity of 1013 W/cm2. We tried even larger molecules, including protein samples. We were astonished to find that the method worked even for complex fluids like blood.

As a pioneer in the area of strong field chemistry, what has been the most challenging aspect of your work? The most rewarding?

Levis: The most challenging aspect occurred in the early days, and that was to convince funding agencies to commit resources to investigating the interaction of molecules with extremely intense laser fields. The most rewarding aspect has been sharing with students in the discovery of completely new phenomena using strong laser fields.

What is the best advice you can offer to your students or other scientists interested in this field?

Levis: Short answer, turn the knob and see what happens. More concretely, learn to build things from scratch, ask a lot of questions, and then follow your instincts. And it does not hurt to know how to mode lock a femtosecond laser oscillator. 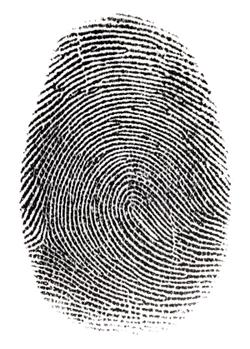