The “Atomic Spectroscopy” section of the SciX program focuses on many areas of research that include low pressure glow discharge, atmospheric pressure glow discharge, inductively coupled plasma, and laser ablation. This article provides an educational summary on inductively coupled plasma–based instrument platforms. There is an imminent need for routine trace element and isotopic analysis, expanding across many fields including, but not limited to, geological, industrial, nuclear, health, and environmental analysis. Arguably, the gold-standard technique for the majority of these measurements is through an inductively coupled plasma (ICP) excitation–ionization source coupled to an optical emission spectroscopy (OES) or mass spectrometry (MS) detection platform (1). The ICP, initially employed as an excitation source for OES detection, was first implemented by Fassel and colleagues (2,3), later by Greenfield and coworkers (4), and subsequentially realized as an ionization source for MS detection (5). The ICP is formed when the energy of a radio frequency (RF) generator interacts with a tangential flow of argon gas (~15 L/min) in a quartz tube often referred to as the plasma torch. This process subsequentially ionizes the gas forming a high-temperature plasma, in which photons and ions can be generated.

Sample introduction schemes in ICP-OES and ICP-MS are dominated by solution-based analysis. Ultimately, an aerosol must be generated before the sample enters the ICP, because of the plasma’s inefficiency at dissociating bulk solution (large droplets). Traditionally, a solution is carried into a concentric nebulizer, where a Venturi effect is achieved via argon gas and low pressure to generate a fine aerosol. Next, the aerosolized sample is further separated such that the larger droplets dissipate (becoming solution waste), and the fine droplets exit the spray chamber and are directed into the torch. Many advances over the years have been focused on improving nebulizers, spray chambers, and membrane desolvation to improve sensitivity and precision for elemental and isotopic analysis.

Another means of sample introduction for ICP-based analysis is laser ablation sampling. With this approach, a pulsed laser ablates a sample surface within an ablation cell, and the subsequently formed nanoparticles are carried into the ICP via a carrier gas (such as helium) (6,7). Most commonly, laser ablation is combined with an ICP-MS instrument; however, it is not out of the realm to utilize laser ablation with an ICP-OES instrument. Techniques such as laser ablation have become popular because of the reduction in sample preparation (little to no sample preparation is required), and the ability to obtain spatial (lateral or depth) elemental information, rather than the bulk analysis that is more typical of solution-based ICP analysis.

The combination of laser ablation with ICP-MS is not the only hyphenated configuration that is employed; the coupling of liquid chromatography or ion chromatography are extremely useful sample introduction techniques for ICP-MS. These techniques offer the ability to separate compounds, isotopes, proteins, or elemental species based on column chemistry prior to introducing into the ICP-MS instrument, which ultimately acts as an element-specific detector.

The detection platforms for ICP instrumentation consist of OES and MS instrumentation. For OES detection, the photons emitted from the ICP are commonly collected via radial or axial viewing, each with their respective advantages and disadvantages. Axial viewing, collecting photons down the longitudinal axis of the plasma, is often preferred for enhanced sensitivity, because more photons are collected; however, more photons could be detrimental if there are large amounts of total dissolved solids (TDS). Radial viewing, collecting photons perpendicular of the plasma, is less sensitive and less hindered by interferences from background and complex matrices. Spectrometers employed with OES detection can primarily be found in two configurations: scanning-based Czerny-Turner spectrometers, or simultaneous-based echelle spectrometers. The Czerny-Turner design allows for higher resolution, which can be favorable for complex samples; however, it is accompanied by longer analysis time, particularly if many elements are of interest. Echelle spectrometers allow for the simultaneous measurement of many wavelengths in a timely manner, but often lack spectral resolution compared to Czerny-Turner spectrometers.

For ICP-MS detection platforms, commercially available options primarily consist of quadrupole, time-of-flight, and magnetic sector-based mass analyzers. The quadrupole platform is ultimately the workhorse ICP-MS system for routine trace elemental analysis. This approach has been enhanced with the introduction of collision–reaction cells that facilitate the reduction or elimination of polyatomic interferences caused by sample matrix or plasma gas (8). More recently, the focus has been on the introduction of triple-quadrupole ICP-MS systems, utilizing the first quadrupole as a mass filter, followed by collision or reaction gas in the second; the third quadrupole acts as a pass-through or mass filter, depending on application needs (9). Sector-based platforms are often sought out for enhanced capabilities when performing isotope ratio analysis, particularly if multiple detectors are employed such as in multi-collector (MC) ICP-MS. Sector-based platforms can also offer higher mass resolution for separating polyatomic or isobaric interferences. Finally, time-of-flight–based ICP-MS instruments offer the ability to collect every mass simultaneously rather than sequentially, as is done in the aforementioned quadrupole-based platforms. Time-of-flight instruments have become increasingly popular for single particle and laser ablation imaging applications. 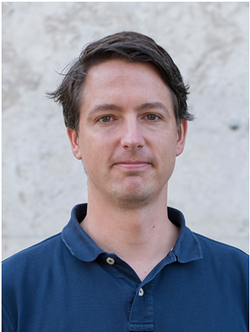