Key Challenges in LIBS—and How to Solve Them

In honor of Spectroscopy’s celebration of 30 years covering the latest developments in materials analysis, we asked experts to assess the current state of the art of six key spectroscopic techniques. Here, the experts weigh in on the key challenges in laser-induced breakdown spectroscopy (LIBS), and how these problems might be solved.

In honor of Spectroscopy’s celebration of 30 years covering the latest developments in materials analysis, we asked experts to assess the current state of the art of six key spectroscopic techniques. Here, the experts weigh in on the key challenges in laser-induced breakdown spectroscopy (LIBS), and how these problems might be solved.

Several experts said that a key challenge with LIBS is that we still need a better understanding of the fundamentals of how the technique works.

Richard R. Hark, the H. George Foster professor in the Department of Chemistry at Juniata College and Chief Scientist at Synergos Global Security, LLC, cited the need to improve our understanding of the factors that affect the physics of ablation and the chemistry that occurs in the plasma that is subsequently formed. "Such an understanding will enhance the utility of the LIBS method for qualitative and quantitative analysis," he said.

Steven J. Rehse, an associate professor in the Department of Physics at the University of Windsor, agreed. "As a physicist, the inability to predict and calculate from first principles what the plasma emission spectrum will be from an arbitrary analyte atom in an arbitrary medium (commonly called the matrix) remains a problem," he said. Vincent Motto-Ros, an associate professor at the Light and Matter Institute at Lyon University, echoed the point. "Efforts must continue on fundamental investigations of the laser-induced plasma," he said.

Vassilia Zorba, a staff scientist at Lawrence Berkeley National Laboratory, also agreed, noting that several aspects of the laser–material interaction remain unknown. "Particularly in the femtosecond-time regime, nonlinear processes (such as multiphoton absorption) and the distinction between thermal and nonthermal processes hamper an a priori prediction of optical and thermal diffusion lengths," she said. "These parameters are critical toward defining laser sampling parameters (ablated material mass), plasma conditions, and resulting LIBS emission."

A closely related problem is the so-called "matrix effect"-the fact that the signal from a specific analyte atom can depend on the sample matrix. "Spectroscopists who use LIBS know that parameter optimization for specific analytes in a particular matrix is both challenging and essential," added Hark.

"The matrix effect makes the preparation of high-quality standards important," said Rehse. "It also makes it more difficult to sample highly heterogeneous samples like complex minerals or complicated powders like dirt or soil."

The Challenges of Quantitation and Reproducibility

Zhe Wang, an associate professor at Tsinghua University, noted that for practical quantitative analysis, the most important issue is to provide consistent analytical results. "Because of uncertain laser-sample interaction, unstable plasma and surrounding gas interaction, the inhomogeneous spatial distribution, and uncontrolled temporal revolution, it is very difficult for LIBS to provide such a stable spectral signal even using multi-pulse analysis and averaging a large number of spectra to remove the random noise," he said. "Reducing the variation between groups from the same sample is the overwhelming important issue that must be solved for LIBS to realize quantitative analysis and large-scale commercialization."

Hark also noted that reproducibility between instruments is needed. "Unlike other analytical techniques like Fourier transform infrared (FT-IR) or UV–visible spectroscopy, LIBS spectra obtained on different instruments using the same experimental parameters are not necessarily identical," said Hark. "Further work has to be done to make LIBS spectra interchangeable."

Rehse cited another aspect of variability in LIBS measurements. "The pulse-to-pulse variation in plasma properties caused by laser shot repeatability issues is another challenge," he said.

Rick Russo, a senior scientist at Lawrence Berkeley National Laboratory and president and CEO of Applied Spectra, feels the concerns about matrix effects and lack of reproducibility are overblown. "Like all analytical methodologies, LIBS requires standards for quantitative analysis," he said, adding that so-called "standardless" LIBS calibration methods eventually will be developed to meet specific applications. "And similar to any atomic spectroscopic approach, knowledge of spectral interferences and matrix effects is important for getting the best performance."

He acknowledged that getting good analytical performance requires knowledge of the plasma temporal and spatial properties, as well as of the sample, and that a set of parameters has to be established for a particular sample material to give optimum performance. "Once the optimum method is established, precision and accuracy are repeatable and reliable," he said.

Ishan Barman, an assistant professor at Johns Hopkins University, suggested that rather than fretting over the reproducibility problem, we should not focus on trying to use LIBS only for quantitative studies. "An alternate, and better, route would be to focus on the development of LIBS primarily as a robust screening tool," he said. "As a screening tool, the relative variations-due to laser fluctuations, environmental and matrix effects, and self-absorption-would cease to have as much of an impact."

Motto-Ros also feels that the sensitivity and accuracy of LIBS should be improved. Russo, however, believes there is a misconception regarding sensitivity and precision in LIBS. It's true that limits of detection (LODs) and precision for LIBS are generally considered poor compared to ICP-OES, he said, but on an absolute level, LIBS is very sensitive.

"One of the primary reasons why relative LODs are not at the same level as ICP-OES, for example, is that LIBS only analyzes sub-microgram quantities of the sample," Russo stated. "However, the analyst can easily increase the amount of mass analyzed by raster scanning the laser over the sample. There are very few cases where sample quantity is limited." Thus, when comparing the LOD and precision of LIBS with those of ICP-OES, it is important to consider the actual mass being analyzed, he concluded.

In terms of instrumentation, a key challenge is to develop better compact, high-pulse-energy laser sources that are suitable for LIBS use outside the laboratory, said Hark. "Small, relatively low-cost lasers with high beam quality capable of delivering multiple pulses of suitable energy are ideal for portable LIBS operation," he said. "As the components of LIBS systems are further miniaturized and ruggedized, the range of applications will consequently expand," Hark said.

Zorba also considered how to expand the applicability of the technique. "Chemical imaging with extreme resolution is required for a variety of new applications, especially those related to energy research (generation, conversion, storage)," she noted. "LIBS is largely a macro- to meso-scale tool, and detecting LIBS emission signals from limited amounts of ablated mass becomes challenging as we scale down toward nanoscale LIBS."

According to Motto-Ros, finding answers to these challenges will not be easy, but several research teams are working on them. "For example, Alessandro De Giacomo's group in Bari, Italy, has recently proposed a simple method (called 'nanoparticle-enhanced LIBS,' or NELIBS) to significantly improve sensitivity," he said.

Motto-Ros also mentioned recent developments at his own institute that clearly show that measurement repeatability and reproducibility can be greatly improved by accurately controlling experimental parameters. Also, several groups are working on advanced algorithms that would greatly facilitate LIBS data analysis, he said. "But at some point, all of these research developments must be regrouped and integrated in a system that will then need to be validated and certified through a quality program," Motto-Ros said. "This will certainly take time."

Barman agreed that progress has already been made on a number of the technical challenges of LIBS. He mentioned research by his and other groups to explore the feasibility of nongated LIBS to gain significant cost and size benefits-despite a modest reduction in overall performance. "I believe that some of the progress will also have to be application-specific," he said. "In other words, LIBS instrumentation for biomarker diagnostics in 10 years may look vastly different from a handheld system used for crime-scene investigations."

Hark is optimistic that progress will be made to solve all of these problems in the next decade. "A significant amount of work has already been done with mathematical modeling to comprehend the complex processes that occur during the formation and analysis of plasma," he said. Hark also pointed to work that has been done with calibration-free LIBS quantitative analysis, which is based on the measurement of spectral line intensities and certain plasma properties. "As the connection between instrumental characteristics, experimental parameters, and spectral output is better understood, the calibration-free LIBS approach can be refined to deal with many of the problems in LIBS," Hark stated.

Rehse also sees work progressing on both of these areas. "The theory behind the plasma emission continues to develop," he said. "And the advent of calibration-free LIBS suggests the possibility of obtaining high-accuracy analyte measurements from even the most complicated matrices without requiring any sort of standard by using self-consistent calculations based on known atomic emission parameters."

Lasers are also always getting better, Rehse added. "It is already well-known that the femtosecond lasers produce much higher quality plasma due to a more controlled ablation process," he said. "Unfortunately, the current cost of femtosecond lasers, and their lack of portability and ruggedness, probably precludes their widespread adoption in the field or in industry." However, newer lasers, with a more tightly controlled spatial mode and shorter pulse durations can overcome this problem, he added.

Zorba also anticipates advances that will broaden the scope of LIBS use. "Progress toward extending the range of new applications, including next-generation energy research, is likely to be significant in the next 5 years," she said. "This will be aided by improvements in spatial and axial resolution, chemical imaging, and visualization capabilities."

Russo agreed. "The drive to make things smaller, cheaper, and faster will lead to a new development that will change the field," he said-just as occurred with other analytical spectroscopy instruments like ICP-OES and graphite furnace atomic absorption systems.

Finally, Wang believes that the further development of LIBS is largely dependent on the success of its large-scale commercialization, and that this can be accomplished in next 5 years. "To realize large-scale commercialization, LIBS still needs to prove to customers the technical feasibility of using LIBS to realize consistent analyses," he said. "The combination of the improvement of hardware and data processing methods will make this happen," Wang added. "Once one or two commercial applications for LIBS are successful in realizing on-line or at-line measurement, the cost of LIBS will decrease and LIBS will be deployed more broadly."

This article is an edited excerpt of “Analysis of the State of the Art: LIBS.” 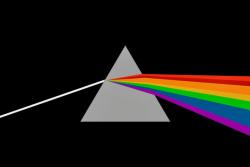