Andreas Riedo of the Physics Institute at the University of Bern has won the 2023 Emerging Leader in Atomic Spectroscopy Award, which is presented by Spectroscopy magazine. This annual award, begun in 2017, recognizes the achievements and aspirations of a talented young atomic spectroscopist, selected by an independent scientific committee. The award will be presented to Riedo at the 2023 European Winter Conference on Plasma Spectrochemistry (Ljubljana, Slovenia, January 29–February 3, 2023), where he will give an award lecture.

Riedo’s research focuses on the development of fundamental measurement methodologies using laser ablation (LA) and laser ablation/desorption ionization mass spectrometry (LIMS) for the chemical analysis of complex solids and organic molecules that are related to space research and astrobiology.

Since 2009, Riedo has been actively involved in the field of space research and planetary exploration, including the design, development, and qualification of space instrumentation. He started in the field of laser-based mass spectrometry during his PhD studies with Prof. Peter Wurz at the Physics Institute in the division of Space Research and Planetary Sciences at the University of Bern. There, Riedo optimized and further developed an existing LIMS system intended for in situ space research for various measurement applications, including quantitative element composition, isotope abundances, depth profiling, and 3D chemical analysis. He received his PhD in physics in 2014.

During post-doctoral studies, Riedo specialized in applying the LIMS technique for astro-biological studies in the search for bio-signatures of current and past life. He carried out measurements of biomarkers like the carbon, hydrogen, nitrogen, oxygen, phosphorus, sulfur (CHNOPS) element combination in the search for current life, where he demonstrated single-microbe detection in soil sample for sparse life. He also demonstrated that LIMS has the measurement capabilities for accurate sulfur isotopes ratio analysis, which represents another important class of biomarker.

Following his postdoctoral studies, Riedo became an independent scientist at the University of Bern and built his own laboratory. He expanded his work into laser desorption mass spectrometry to detect complex molecules in samples relevant for life as we know it from our Earth, such as amino acids, polycyclic aromatic hydrocarbons (PAHs), and lipids.

In his current role, Riedo is a scientist and project manager for the Neutral gas and Ion Mass spectrometer (NIM) instrument, which is part of the scientific payload of the Jupiter’s Icy Moons explorer (JUICE) space mission of the European Space Agency (ESA).

As a result of his work, Riedo has gained significant recognition in the field of experimental astrobiology, including by the National Aeronautics and Space Administration (NASA). He was invited to present his work and join studies for the instrumentation that will be part of NASA’s Europa Lander, a concept for a potential future mission that would look for signs of life in the icy surface material of Jupiter's moon Europa. Moreover, he is a project manager for two LIMS instruments planned for NASA’s Artemis program on the moon.

Riedo has published 68 papers in peer-reviewed journals and has given more than 12 invited talks and 29 oral contributed talks at international scientific conferences.

Riedo has received numerous other recognitions. These include the 2019 Edmund Optics Educational Award, 2nd Place, for the instrument setup “ORganics Information Gathering Instrument” (ORIGIN); a 2019 Division of Analytical Sciences (DAS) Young Analytical Scientist Travel Award from the Swiss Chemical Society; a prestigious 2019 Einstein Fellowship from the Einstein Foundation Berlin; a 2017 EU Marie Skłodowska-Curie Individual Fellowship; a 2016 Swiss National Science Foundation (SNSF) Fellowship; a 2015 Oral Contribution Prize at the Swiss Chemical Society Fall Meeting; a 2015 Initiator Grant from the University of Bern; a 2012 Oral Contribution Prize at the 11th European Workshop on Laser Ablation, in Oviedo, Spain; and a 2010 Professor Heinrich Greinacher Foundation Award for Young Scientists for the best master’s thesis at the University of Bern.

For information about how to nominate a young scientist for the 2024 award, please see the call for nominations. 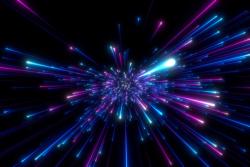 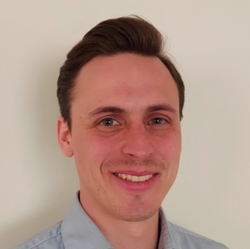 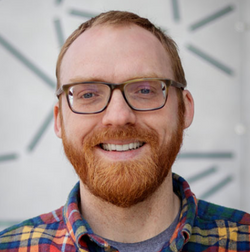