This month's Technology Forum looks at the topic of fluorescence and the trends and issues surrounding it. Joining us for this discussion are David M. Jameson, Ph.D., University of Hawaii at Manoa; Michael W. Allen, Ph.D, Product Manager, Thermo Fisher Scientific; and Patrick J. Treado, Founder & CTO, ChemImage Corporation.

Applications of fluorescence technology can be found throughout the world we live in. It is used in the biochemical field, the medical field, and in the analysis of organic compounds, to name just a few areas, and new application areas continue to be explored every day.

This month's Technology Forum looks at the topic of fluorescence and the trends and issues surrounding it. Joining us for this discussion are David M. Jameson, Ph.D., University of Hawaii at Manoa; Michael W. Allen, Ph.D, Product Manager, Thermo Fisher Scientific;and Patrick J. Treado, Founder and CTO, ChemImage Corporation.

What new developments in fluorescence have you most intrigued?

Jameson: To my mind, the advances in fluorescence microscopy have been truly amazing. Not only have there been tremendous improvements in spatial resolution – thanks to innovations like 4π microscopy and PALM (photo-activated localization microscopy) – but the development of methods such as fluorescence correlation spectroscopy, that report directly on dynamics processes inside cells, including protein diffusion and oligomerization, are changing the way we view the cell interior. The explosion of genetically encoded fluorescent proteins, based on the original green fluorescent protein, also has revolutionized fluorescence microscopy.

Allen: Because the single molecule sensitivity barrier is broken, novel fluorescence assay development has me the most intrigued. We know already how to find a single fluorophore and to extract meaningful information from them in real time, however, the utility of this type of analysis is growing exponentially. Using traditional scanning instrument and microscopes to develop new assays with exceptional sensitivity is truly exciting.

Treado: The 2008 Nobel Prize in Chemistry has recently been awarded to Osamu Shimomura, Martin Chalfie, and Roger Y. Tsien (United States), "for the discovery and development of the green fluorescent protein, GFP." GFP is the brightly glowing protein that was first observed in jellyfish in 1962, and is widely used as a tagging tool in bioscience and fluorescence imaging. While the use of GFP and other traditional fluorescent reagents dominates the practice of fluorescence imaging today, the future is likely to include additional exciting methodologies.

Another direction in fluorescence imaging is the use of near-infrared emitting fluorophores. Near infrared fluorescent dyes are enabling improvements in protein and cellular assays, microscopy, and in vivo molecular imaging. Near infrared fluorophores emit at wavelengths where autofluorescence is low, penetration depths through complex matrices is higher, and can provide bright signals, in the presence of low background.

How has the use of fluorescence spectroscopy affected medical diagnostics?

Jameson: Certainly fluorescence spectroscopy has had a profound effect on medical diagnostics, both directly and indirectly. In terms of direct effects, advances in fluorescence endoscopy in the past few years have produced important diagnostic procedures, such as autofluorescence broncoscopy, LIFE (lung imaging fluorescence microscopy), and infrared fluorescence endoscopy, for detection of diverse malignancies, including bladder cancers. Autofluorescence of skin is also proving useful for detection of pre-malignant and malignant lesions. Indirectly fluorescence has been absolutely critical in the development of techniques such as high throughput screening for drug discovery and FISH (fluorescence in situ hybridization) for cytogenetics. And of course many of the diagnostics protocols used in clinical chemistry, including new generation of biosensors, are based on fluorescence methods. The Human Genome Project, which is proving to be a boon to medicine, was also, of course, totally dependent on fluorescence methods.

Allen: Absolutely, a few years ago the first real time video of a virus depositing its payload into a living cell was released. Now we have taken fluorescence measurements out of the pure research labs and brought them to the clinical laboratories. Fluorescence offers extreme sensitivity, and can be used in very complex matrices to identify low-concentration components. This sensitivity coupled with highly selective biologicals is extremely useful for medical diagnostics. Look for more developments beyond molecular beacons in the era of personalized medicine.

Treado: Fluorescence spectroscopy has affected medical diagnostics by enabling assays for specific molecules in complex samples like tissues and cells from clinical samples. Advances in fluorescence spectroscopy have enabled the use of multiple probes at the same time in the analysis of biomarkers in clinical medicine. Stains for use in anatomic pathology in surgical tissue specimens and biopsy specimens are deployed widely in clinical pathology labs. These stains are also used in tissue micro arrays in research settings.

Fluorescence imaging is also beginning to see use in clinical screening applications. For example, in bronchoscopy, a system for using autofluorescence to localize lesions, which are not visible using traditional, brightfield reflection imaging, has received FDA approval.

What are some of the challenges involved with fluorescence, and how do you think they can be overcome?

Jameson: One of the main challenges in applying fluorescence to any field, including both in vivo and in vitro applications, is designing fluorophores with appropriate spectroscopic and chemical properties. A perennial concern is that fluorescence probes must not have any influence on the intrinsic activity of the process under investigation. For example, both in vivo and in vitro calcium probes must not buffer the calcium concentration, and protein constructs containing fluorescent proteins (such as GFP) should not interfere with the intracellular function of the target protein. Often a probe can be designed with exactly the right fluorescence properties, e.g. excited state lifetime, excitation and emission wavelengths, and photostability, but turns out to be deleterious as regards the underlying function of the target biomolecule. The process of designing functionally neutral probes is still largely trial and error, even given the availability of detailed structures of many biomolecules.

Allen: The greatest challenge for fluorescence is to make the technique accessible outside of the hands of spectroscopists and biophysicists. In order to increase the proliferation of fluorescence we as instrument companies have to overcome the instrument and software barriers associated with presenting easy to interpret and use data.

The second greatest challenge is sample preparation. While some of the burden lies in the hands of the analyst, any tools we can provide to make sampling easier are always beneficial.

Treado: In fluorescence imaging, non-specific binding of fluorophores can be problematic, especially in highly multiplexed applications. The use of quantum dots in combination with appropriately high spectral resolution imaging spectrometers, like MCF technology, can improve overall image quality when evaluating complex systems. We find this to be useful in a variety of tissue imaging, as well as forensics applications.

How have improvements in fluorescence spectroscopy instrumentation affected application of the technique?

Jameson: Some of the most significant advances in instrumentation in recent years have been in the development of novel light sources. Multiphoton lasers, such as Titanium Sapphire systems, have been revolutionizing fluorescence microscopy due to the intrinsic confocal aspect of the excitation process and the attendant reduction in intracellular phototoxicity. These infrared sources also allow for deeper penetration into thick tissues. In vitro applications have greatly benefitted from the new generation of LED, whose range now extends into the ultraviolet, and compact laser diodes. These new compact in vitro light sources not only possess useful spectral and temporal properties but they also reduce the footprint and cost of instrumentation, which is increasing the accessibility and portability of fluorescence methods.

Allen: Physical fluorescence hardware has changed very little, with the exception of fiber optic and small volume systems that have increased in visibility. Sampling and sample volume will clearly continue to be customer drivers as researchers always desire the most information from the least amount of sample. We have overcome some obstacles toward that goal, but there is room to grow.

I feel that fluorescence instrumentation as a whole has more room for improvement on the software side of the instrument as compared to the hardware.

Treado: The recent development of the next generation of liquid crystal tunable filters based on multiconjugate filter (MCF) technology is particularly exciting. MCFs provide substantial improvements over conventional tunable filters, including higher throughput and environmental stability. MCF technology has resulted, for example, in better image quality when evaluating such diverse materials as biowarfare agents like anthrax or questionable documents.

What advances do you expect to see in the near future?

Jameson: Great strides have been made in recent years in single molecule fluorescence. One would expect that this ultrasensitive technique will find exciting applications in nanotechnology perhaps eventually leading to the ultimate “lab-on-a-chip” environment.

What do you think?

Click here to participate in our "Question of the Month" survey on X-ray spectroscopy. 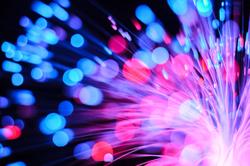 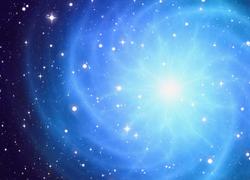