The 2021 Leader in Molecular Spectroscopy Award

Sharma earned her BS and MS degrees from the State University of New York (SUNY) at Buffalo, New York. She received her PhD in chemistry from the University of Pittsburgh in Pittsburgh, Pennsylvania in 2011, under Professor Sanford A. Asher. Sharma then worked as a postdoctoral fellow in the Department of Chemistry at Northwestern University in Evanston, Illinois, from 2011 to 2015 with Professor Richard P. Van Duyne. She joined the University of Tennessee in 2015.

With an h-index of 17, an i10 index of 18, and more than 3260 citations in Google Scholar, Sharma has published groundbreaking Raman research in journals such as Analytical Chemistry, Encyclopedia of Analytical Science, Biosensors, ACS Chemical Neuroscience, Advanced Photonics, Nano Letters, Journal of the American Chemical Society, and Applied Spectroscopy.

In 2011, as a PhD student at the University of Pittsburgh, with Professor Asher, Sharma explored the application of deep ultraviolet (UV) resonance Raman spectroscopy for studying the electronic transitions of peptides. She was able to measure UV spectra at Raman excitation wavelengths from 194 to 220 nm to discover peptide configuration changes for both folded and unfolded states, revealing the peptide secondary structures. When combined with absorption spectra correlations, these studies have advanced the understanding of the nature of proteins.

During her work as a postdoctoral researcher at Northwestern University with Professor Van Duyne, she researched the application of SERS for the measurement of nanoantenna structures and glucose sensing. She also applied SORS for in vivo biosensing applications, and combined the use of UV resonance and SERS for biomolecule measurement. This work resulted in nine important publications, including a thorough review paper reviewing SERS materials and applications, published in the journal Materials Today.

As part of her postdoctoral work, Sharma also combined SERS and SORS into a hybrid method referred to as SESORS. The SESORS technique was applied to measure neurochemicals through the skull, whereas all such previous measurements had been measured through the skin. This work has opened up possibilities for in vivo brain monitoring.

Since beginning her independent career in 2015 at the University of Tennessee, Sharma has continued to explore the application of Raman spectroscopy for in vivo biochemical sensing, most recently for the detection of neurochemicals at nanomolar concentrations through the skull. Since the development of SESORS, other major research groups have also begun to evaluate its use for biomedical applications.

The most recent papers by Sharma, from 2019, explore the application of in vitro and in vivo SERS biosensing for the detection of active and important biomolecules related to hormone regulation, neurological health, and disease diagnosis. Other recent research involves the detection and monitoring of volatile organic compounds (VOCs) important for environmental and health aspects.

In one such study, Sharma and Moore applied SERS measured spectra, combined with principal components analysis (PCA), to demonstrate SERS-based detection of cortisol at physiological levels (1). The determined limit of detection was estimated to be 177 nM using colloidal silver nanoparticles in ethanolic solution for the SERS detection. The PCA data processing step showed a linear prediction of cortisol concentration, even within a complex matrix of bovine serum albumin in phosphate buffered saline.

Sharma presented the application of SERS for in vitro and in vivo neurochemical detection for early-onset neurological disease diagnosis in a paper presented at the American Chemical Society meeting in 2018 (2).

Sharma and a coworker reported the detection of VOCs using a SERS-based substrate method, requiring only a 30 s exposure to the neat liquid (3).

In 2018, Sharma, along with her collaborators, demonstrated that SERS exhibits both sufficient sensitivity and selectivity for bio- logically important analytes for in vivo and in vitro biosensing (4). This work provided confirmation that SERS could prove useful in clinical situations requiring quantitative analysis of metabolites for a broad range of disease states.

In another study, Sharma and Moody investigated the use of SERS for the rapid and sensitive detection of neurotransmitters, such as melatonin, serotonin, glutamate, dopamine, gamma aminobutyric acid (GABA), norepinephrine, and epinephrine (5). This work investigated both the effect of the SERS substrate metal used, and the laser excitation wavelength selected for detection.

Most Impactful Work to Date

In assessing Sharma’s impact on the field of analytical Raman measurements, it is useful to look at both her mostly highly cited papers, as well as those considered most important by her mentors and peers. Of her research work, the following papers have received the most citations.

Sharma’s most highly cited works demonstrate a detailed understanding of the phenomena associated with SERS and related measurement techniques. The breadth and depth of her published work is a tribute to her diligence and insight into SERS-related analysis.

In one publication, cited 1671 times, Sharma presented a broad review of multiple aspects of the SERS technique, including modes of sensing, spectroelectrochemistry, single-molecule SERS, and a variety of practical applications (6). Subjects covered include research from the Van Duyne group, ultraviolet (UV)-SERS, tip-enhanced Raman spectroscopy (TERS), and ultrafast SERS.

Published in 2013, a Journal of the American Chemistry Society paper, with 298 citations, describes the use of gold nanoantennas applied to surface-enhanced Raman excitation spectroscopy (SERES) (7). This manuscript delves into the relationship between the near- and far-field light interactions using a correlated far-field localized surface plasmon resonance (LSPR)–transmission electron microscopy (TEM)–SERES technique. The specifics of this research involved gold (Au) nanoparticle aggregates ranging from dimers to undecamers, coated in a reporter molecule and encased in a protective silica shell. These nanoparticles were excited using eight distinct laser wavelengths. This manuscript describes in detail the hot spot dominated SERS response of the gold nanoantennas.

Metallic nanoparticles are known to have a strong interaction with light, particularly laser light. This strong interaction is caused by localized surface plasmon resonances (LSPRs). Sharma has explored the specific advances and advantages of single-particle studies of plasmonic nanostructures in a paper with 185 citations (9). In this perspectives article, she details recent improvements in spatial and spectral resolution for both far-field and near-field phenomena, as well as the common techniques used. SERS, SERES, TERS, and LSPR are Raman techniques developed over the past 20 years that all have unique analytical capabilities to measure the properties of single molecules and small particles. In a review paper cited 172 times, Sharma and coworkers described how Raman and LSPR spectroscopy can reveal details on the identity of molecular species and also changes in the local environment for observed nanosamples (10). This review of recent developments in single-molecule and single-particle Raman and LSPR spectroscopy helps other researchers gain insight into useful applications of these techniques.

In highlighting Sharma’s work for this award, S. Michael Angel of the University of South Carolina noted that Sharma has become a leader in the field of neurochemical detection using multiple forms of Raman spectroscopy, including SERS, SORS, SESORS, SERES, TERS, and LSPR. Her own research group has recently demonstrated in vivo detection of neurochemicals in animal brain, down to nanomolar concentration ranges.

By combining these Raman techniques and chemometrics, she is able to directly detect important biomolecules, such as cortisol, for the first time. Her most influential and instructive research publications may very well be in her recent review articles on the explanations and applications of Raman phenomena (4,6,10), and in her description of the application of Raman spectroscopy to study brain chemistry, which was highlighted in Chemical & Engineering News Online (11). In 2016, as part of the Van Duyne research group, Sharma completed a detailed investigation of aluminum-film-based substrates for deep-ultraviolet SERS (12). In 2017, Sharma was first to publish the combined application of SERS and SORS for in vivo detection of neurochemicals through hard bone tissue (13).

Valued Research in the Raman Community

Jean-Francois Masson, a professor of analytical chemistry at the Université de Montréal, also appreciates the high quality of Sharma’s research. “I believe that her recent work in the field of Raman spectroscopy for neuroscience will make an impact,” he said. “Her approach of minimally invasive SERS spectroscopy aims at addressing some of the challenges of the contemporary analytical techniques in neuroscience.” He points, for example, to her exploration of experimental and instrumental parameters for the label-free detection of a comprehensive panel of neurotransmitters. “Her paper on the detection of neurotransmitters published in ACS Chemical Neuroscience in 2018 provides some of the fundamental experimental parameters that will help many researchers in the field of SERS neurochemistry,” he said. He also noted the value of the thorough review published by Sharma and her students on Raman spectroscopy and neuroscience published in Analyst (2020), titled “Raman spectroscopy and neuroscience: from fundamental understanding to disease diagnostics and imaging,” that captures the state of the field, and has been helpful to other researchers in the use of SERS for bioanalysis.

Other leading scientists echoed this view. “Personally, I highly value her opening of the new branch of Raman spectroscopy in the area of non-invasive monitoring of neurotransmitters in biological tissues (through the skull),” said Pavel Matousek, of the Rutherford Appleton Laboratory, Science and Technology Facilities Council (STFC) at Chilton, in Oxfordshire, England, Matousek also highlights Sharma’s work as a graduate student and postdoctoral researcher. “Her research in Profs. Van Duyne and Sandy Asher’s groups from earlier days is also highly impactful,” he said.

Zachary Schultz, an associate professor of chemistry and bio- chemistry at The Ohio State University, has collaborated with Sharma scientifically to co-organized sessions at conferences, such as Pittcon. He noted that Sharma is researching some challenging measurements, such as monitoring neurotransmitters in the brain using Raman spectroscopy. “Demonstrating that SORS can be used to detect neurotransmitters through bone is a significant contribution,” he said. “This really opens up possibilities for using SORS and SESORS) for in vivo monitoring.”

In addition to her conducting valuable research, Sharma is a dedicated professor and mentor to her students.

“Bhavya’s research program extends beyond graduate students,” noted David Jenkins, the Associate Head for Chemistry at the University of Tennessee. “She has been one of the top recruiters for undergrad researchers in our department, and consistently mentors multiple students per semester.” He also noted that Sharma has been highly instrumental in implementation of science, technology, engineering, or mathematics (STEM) education at UT, and has even taught chemistry and an “Introduction to Nanotechnology” course at the Tennessee Governor’s school at UT during the summers for advanced high school students.

Sharma is also a strong proponent of involving under-represented minorities in undergraduate and graduate research. She has been a mentor to 24 undergraduate students in research in 4.5 years, including 15 female students and five students of ethnic minority groups; she has also mentored six female graduate students. Approximately half of the approximately 70 students she has taught over the last three years are underrepresented minorities or will be first-generation college students.

“She seems to genuinely care about the people in her laboratory and provides excellently trained people,” notes Schulz. As a mentor, Sharma has a reputation as a person who is very generous of her time with her group and for the research community.

Masson says her group members will tell you she is an outstanding mentor to them. “She has contributed to the organization of sessions at many conferences, and she has developed an excellent network of scientists in the spectroscopy field.”

Colleagues agree that given Sharma’s excellent work, combined with her personality and ability to collaborate with other researchers, her future looks very bright. “Bhavya is a focused, resilient, and great scientist,” said Matousek. Schulz agrees, “Bhavya is focusing on important challenges and is motivated to see them through,” he said. “I look forward to seeing the amazing discoveries coming out of her lab for a long time to come.” 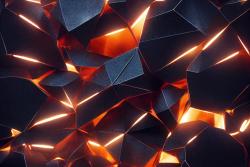