Total reflection X-ray fluorescence has excellent microanalytical capabilties. The analysis of stainless steel metal release is an example of where the technique shines.

Total reflection X-ray fluorescence (TXRF) spectrometry is an energy-dispersive X-ray technique that is used for elemental and chemical analysis, and is especially suitable for small-sample analyses. Ursula Fittschen, an assistant professor at Washington State University, is working on elemental microscopy and microanalysis. She has been using TXRF to analyze stainless steel metal release, and also airborne silver nanoparticles (NPs) from fabrics. Here, she describes the advantages and challenges of this technique.

You have used TXRF to perform quantitative analysis of metal release from six different stainless steels in simulated food contact (1). Can you please briefly describe the experimental setup for this study?

In TXRF in contrast to "conventional" XRF the sample is irradiated under a very shallow angle below the critical angle for the given energy and the material of the sample support (which needs to be very flat and smooth). This shallow angle results in a very low penetration depth of the primary beam of <5 nm and therefore very low background. The main advantage of TXRF is its microanalytical capabilities. Less than 1 mg of sample may be used with detection limits in the parts-per-billion range for most elements.

The main advantages of TXRF compared to the techniques mentioned above are its mircoanalytic capabilities along with capabilities to analyze slurries, without the need to digest the sample. (We have used that approach to determine elements with respect to recycling of smelter slag [2].)

Additionally, the small laboratory footprint of the system and low maintenance cost (no consumable besides electrical power) are advantages over most of the techniques mentioned above, which require ultrapure argon. However, here we have used TXRF mainly because of the ability to analyze all relevant elements simultaneously (in general not possible with flame atomic absorption spectroscopy or GFAAS) without the need to optimize plasma conditions for the matrix or individual line (ICP-OES) and without the risk of contamination of the instrumentation, which is a major concern for ICP-MS instrumentation.

In a recent paper, you used TXRF to analyze airborne silver nanoparticles (NPs) from fabrics (3). What were some of the challenges in developing this method (for example, interferences or sampling challenges)?

We used a low-pressure impactor to achieve the necessary cutoffs for the NPs and had to modify the impaction plates in a way that allowed us to collect the aerosol directly on TXRF sample carriers. Another challenge was the interference of the Ag La line with the Ar Ka line, which we solved by setting the instrument under a nitrogen atmosphere.

What methods were used in the study of silver nanoparticles released from fabrics to confirm your TXRF results, and why?

We used an "on the carrier" digestion and subsequent ICP-MS analysis for confirmation of the presence of Ag in the aerosols. The main problem for this procedure was in the uncertainty of the digestion procedure (the number of digested aerosol deposits and the efficiency of the digestion).

What are your next steps in this area of study?

Besides the application of TXRF, we recently published two papers on fundamental aspects of TXRF analysis (4,5), and a paper on a synchrotron setup allowing for TXRF–X-ray near edge structure (XANES) analysis at BESSY II (6). We are about to publish results on studies on the micro-ionome in Arabidopsis thaliana making use of TXRF microanalytical capabilities. 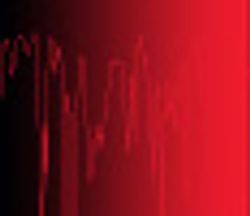 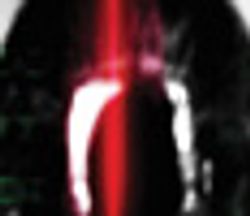