This November, NASA's Mars Science Laboratory will be launched on a mission to Mars that will deploy a new rover, called "Curiosity." Curiosity will include several analytical instruments, including "CheMin," which uses X-ray diffraction (XRD) and also has limited X-ray fluorescence (XRF) capabilities.

This November, NASA’s Mars Science Laboratory will be launched on a mission to Mars that will deploy a new rover, called “Curiosity.” Curiosity will include several analytical instruments, including “CheMin,” which uses X-ray diffraction (XRD) and also has limited X-ray fluorescence (XRF) capabilities.

The goal of CheMin and the other instruments on Curiosity is to assess a local region on the Mars surface as a potential habitat for life. To learn more, Spectroscopy spoke to David Blake, a research scientist in the Exobiology Branch of NASA Ames Research Center (Moffett Field, California), who developed CheMin.

Spectroscopy: Exactly what will you be looking for in the data that CheMin sends back?

Blake: We’ll be looking for minerals that would suggest that water was present or that the environment was clement, meaning that it was less than maybe 100 °C and had materials that could have supported life.

Spectroscopy: Why are X-ray techniques good for this purpose?

Blake: A lot of instruments have looked at Mars — and in fact there are orbiting assets now — and the data have suggested what minerals are present. But X-ray diffraction is the only definitive method to do that, and this is the first time it has ever been deployed in space. With XRD you can determine what minerals are present in rock, in a quantitative fashion. And from that, since minerals are thermodynamic phases, stable only under certain conditions of temperature and pressure and chemistry, we’ll know the conditions under which the rock was formed.

Spectroscopy: Why were the XRF requirements downscoped from the design of CheMin?

Blake: Well, we reached a little far with that. Space instruments are pretty strange animals. They have to work between –70 °C and +70 °C, and they have to take launch loads, the coldness of space, and vacuum, and we just got to the point where it would have been too difficult to do what we wanted to do with XRF.

We have a transmission geometry for the XRD, so it’s like a microfocus pinhole transmission X-ray camera. In fact, that’s how I came up with the idea. I was fishing around in a bunch of drawers and I came up with a 50-year old chunk of metal, about the size of a grapefruit, called a microfocus X-ray camera. I realized if I put a CCD in there instead of the film, and a miniature X-ray source, I would have a miniaturized X-ray instrument. So that’s how it all started.

So, as I said, it’s a transmission geometry. The problem is we have a sample receptacle that’s maybe 170-μm-thick, with transmission windows on either side. And the sample is self-absorbing. So you have the X-ray beam going through the sample and on the back side where the CCD is, most of the light elements have been absorbed by the mineral itself or by the rock powder itself. So we don’t have really good efficiency on the back side. So we put a little diode detector on the front. That was the original design.

Well, to make a space-qualified diode detector is a substantial undertaking. You can buy the electronics off the shelf, but that’s not going to work. So for these projects, we propose a certain amount of money and we say we’re going to do certain things. But sometimes at some point you have to say, “I don’t think we can do this.” And that’s what happened. So that was the first thing — we lost our diode on the front side where we could get good XRF.

The second problem was a question of temperature. We have a cryocooler that cools the CCD, and that cryocooler deposits heat in what they call the rover avionics mounting platform, or “RAMP”. It’s basically a big thing that allows the instruments to cool by depositing heat.

We didn’t know at the time where on Mars we were going to land. We originally wanted to land in a cold area, up to 45 °N or 45 °S. If we landed in a cold area, the ramp would be cold and the instrument would be cold, and we could do very good analyses, at least down to calcium, for XRF. But because we ended up choosing a landing site that’s fairly warm, the CCD is going to be warmer than we had hoped. As a result, the background went up and the full width at half max got bigger, and we really weren’t happy with the kind of XRF data we would get.

So the extent of it is we’re going to be identifying and collecting cobalt K-alpha data to do the diffraction patterns. Everything else we are looking at is just gravy. If we can do something with it, we will. But it’s not going to be worth writing home about, XRF-wise.

Spectroscopy: How was the landing site chosen?

Blake: There’s a whole process that takes place to decide where the rover is going to land on Mars. We’re getting near the end of that, and the decision going to be announced this summer, I think. It started off with 50 sites that were proposed — by the engineers, by the launch specialists, by the people who image the Mars surface. But most of those fell away, and we are down to two places that are still on the table, Eberswalde and Gale. They are both relatively close to the equator, so it’s going to be fairly warm. The outside air can go from –150 to +50 °C, but inside the rover, where we are, connected to the RAMP, it’s probably going to be between 0 °C and 30 ° C, so it’s fairly warm. It’s too warm for me.

Spectroscopy: When this instrument goes into space, will you be holding your breath?

Blake: Oh yeah. The reason these things fail sometimes is because there are a million parts and they’re doing things that no one’s ever done before. So it’s not like the millionth Ford Escort that came off the end of the assembly line. There’s just one. It goes through all the shaking and the cold and the heat, plus getting shot full of neutrons from the thermal generator that produces the energy for the rover. So there are all these things going on at once, and there are a lot of one-off failures that can occur. It’s a little bit scary. If the tube breaks, we’re done. If the cryocooler fails, we’re done. I hate to even mention all the possibilities, because the instrument is flying in November!

The good news is that this thing was built by JPL [NASA’s Jet Propulsion Laboratory] and they have run this thing around the block. Tubes usually fail in the first few hundred hours. Well, this tube has been burned in, they have been running everything night and day to study what might happen. All the possibilities have been looked at, and we believe there’s going to be a nominal mission of two Earth years, and it’s going to last that long. But it’s still pretty scary.

Spectroscopy: What will you be doing while CheMin is in space?

Blake: When this instrument is on Mars, it’s going to be instructed to collect data. It’s not autonomous. It can travel autonomously for 100 meters or so, but it has to be told what to do.

Every day it has two telecom passes with a satellite. That satellite beams the data back to the NASA Deep Space Network, down to JPL, and then 200 scientists get all the information — the pictures and the analyses. Then from that, in a five-hour period, they have to figure out what they’re going to do next — 200 scientists, if you can imagine that, all figuring out to do one thing — and then code it and send it up there, all within about a five-hour period. And if you miss that five-hour period, the rover is going to sit there for a day. You’ve lost that day. So it’s very tactical and very time-critical. And there’s all the science too. Basically, none of these people can make a mistake.

Spectroscopy: And what is your role in all of that?

Blake: Well, I’m going to kind of sit back. I’ve got 16 really, really good scientists on my team — Mars experts, diffraction experts, you name it. After all this time, I’m willing to let them sail the boat. 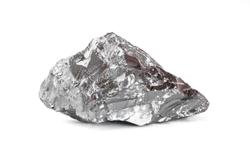 Determining Chromium, Iron, and Nickel in a Nickel-Based Alloy by X-ray Fluorescence Spectroscopy