This year brought some increases in salary, workload, and stress level for the spectroscopic community.

Downsizing and layoffs have affected nearly every facet of the American workforce during the last year, and the spectroscopy job market is no exception. Despite this, the spectroscopy field has seen some increases in salary, as well as workloads and stress levels.

This year, Spectroscopy's salary survey had 553 respondents, from a broad range of job sectors and locations. Here are a few statistics about this year's results:

According to this year's survey, the mean salary for all respondents is $80,778, which is an increase from last year's mean of $78,807 — an increase of $1971. This is also the largest salary we've seen over the last decade (see Table I).

As seen in Table I (with the exception of 2008), salaries have risen continuously for spectroscopists by a few thousand dollars each year. The largest increase reported was in 2006, when the average salary rose by nearly $5000. When evaluating the data this way, it is not surprising that the salaries continued to rise despite the troubled economy.

One Small Step for Womankind, One Giant Leap for Gender Equality

While everyone loves a salary increase, it almost never comes for free and this year is no exception, as our respondents reported an increase in workload and stress level.

According to our survey, 62% of respondents had an increase in workload; 30% had their workload remain the same; and 7% had a decrease in workload (1% responded with not applicable). As possible causes for increased workload, most respondents said staffing cuts or an increase in business. Other reasons cited for increased workloads were new equipment additions to the lab, new handling techniques and procedures, and new regulations. Respondents who reported a decrease in workload cited automation through new equipment, increased staffing, and new technology that increased productivity and quality as the main causes, while continuing education, specialization of laboratory personnel, and improved workplace attitudes were also possible reasons.

Professional advancement is an item on the top of most people's to-do lists, and knowing your next step is a key aspect of moving up. However, it's not always as clear-cut as it may seem, especially if people are looking to crossover into a new aspect of their job or a new field entirely. Our respondents offered us a mixture of answers on their professional goals with 41% reporting that they don't know or are not sure of their next career step; 20% said lab director/manager; 20% said retirement; 6% said company executive; 5% said consultant; 3% said full professor; 3% said assistant professor; and 2% said associate professor.

Overall, the relationship between employer and employee is a very complex dynamic, but the spectroscopy community seems to have a firm grasp on how to keep their companies running and employees satisfied.

From Coast to Coast and in the Middle

Spectroscopists from across the United States participated in this survey, and in the category of "Region by Salary," the Southwest was back on top with the highest average income this year, after a brief fall to second place in 2009 (see Figure 5). This year, the Southwest region reported an average salary of $94,496, a significant jump from last year's average of $79,111. The respondents' level of education might help explain the large salary jump since 44% have doctoral degrees, 19% have master's degrees, 33% have bachelor's degrees, and 4% have associate's degrees.

The Northeast has fallen from the top spot to a close second, with the region reporting an average salary of $94,473, a difference of a mere $23. This is nearly a $9000 increase from last year's average for this region, but again, education levels could help explain why. Respondents from this region reported 45% with doctoral degrees, 23% with master's degrees, 30% with bachelor's degrees, and 2% with associate's degrees.

In third place this year is the Midwest, with an average salary of $77,080, an increase of about $2600 from last year's average. Respondents in the Midwest also had high education levels with 40% holding doctoral degrees, 17% holding master's degrees, 39% holding bachelor's degrees, and 4% holding associate's degrees.

Falling to fourth place this year is the Southeast, with an average salary of $77,021, a mere $59 short of third place. This is a slight decrease from last year's average ($77,094). Although this does not explain the decrease in salary, respondents reported education levels of 45% doctoral degrees, 21% master's degrees, 31% bachelor's degrees, and 3% associate's degrees.

Last, but not least, is the Northwest, with an average salary of $68,406. This region had the least amount of participants and saw the largest decrease in salary from previous surveys. In 2009, the average salary was $74,403, a difference of about $6000. This region also had a low percentage of participants with doctoral degrees (41%) and master's degrees (6%). The majority of respondents had bachelor's degrees (53%), which could explain the decrease in salary.

The staff of Spectroscopy designed the 2010 Spectroscopy Salary Survey with the assistance of an outside vendor. A link for the online survey was sent to the entire circulation. The invitation was successfully sent to 24,465 subscribers. A total of 553 individuals responded. The field time of the survey was December 2 through December 15, 2009 (a reminder email was sent). To encourage participation, all subscribers who responded to the survey were entered into a drawing to win one of five $100 gift cards. 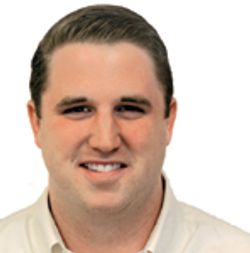