Our annual salary survey takes a look at the employment markets faced by spectroscopists in 2014. The results are surprising.

Our annual salary survey took a look at the employment markets faced by spectroscopists in 2014, and the results were surprising. The average salary has decreased for the first time since 2008, with government and nationally funded laboratory employees experiencing the biggest drop in average salary.

The Spectroscopy editorial team has taken a snapshot of the employment market for spectroscopists for more than 11 years. Over this time, the market has remained stable with some fluctuations here and there. This year, however, we report a drop in average salary of 7% from $88,018 in 2013 to $81,990 in 2014. This is a very different picture from the brighter one presented in 2013 and the factors contributing to it will be highlighted and examined here.

The survey was released to subscribers over the months of October and November 2013. A total of 572 respondents began the survey and 87.6% completed it. The format and questions of the survey were identical to those formulated in 2013 with the option to skip questions enabled. That meant that differing numbers of responses were collected for each question. The data collected are presented as percentages rather than raw numbers and should be considered when making comparisons between figures. Here are some overall statistics from the data:

Before looking at the data in greater detail, one important event in 2013 to acknowledge is the change to funding of scientific research in the United States (U.S.). In 2011 the U.S. government passed the Budget Control Act, seeking to cut $38 billion in nondefense spending (1). The law took effect in March 2013 and led to the automatic across-the-board government spending cuts popularly known as the "sequester." According to a survey of more than 3700 scientists performed by the American Society for Biochemistry and Molecular Biology, the effects of the cuts have been far-reaching in scientific fields (2). The survey documented that "55% of respondents had a colleague who had lost a job or expected to in the near future."

Salaries: On the Money?

This year's decline in the average salary from $88,018 in 2013 to $81,990 — a 7% drop — is only the second time that a decrease has been observed since 2002 (Table I). Table II digs into this decline a little deeper, showing average salaries in 2013 compared to 2014 according to gender, employment sector, highest education level achieved, and age. Some responses are highlighted below:

These responses indicate that respondents employed in government or nationally funded laboratories have experienced the biggest decrease in average salary compared to other industry sectors. It also appears that a higher level of education helps protect respondents from decreases in salary.

The longer the period of service with one company, the greater the financial reward, as shown in Table III. The lowest average salary ($80,339) is reported by respondents who have been with their current employer less than 10 years, whereas the highest average salary of $96,975 is reported by respondents with more than 40 years service with their company.

However, Figure 2 shows that the numbers of respondents who stay with the same employer for this length of time are significantly declining.

If spectroscopists are moving between employers, this could be a factor in the decline in salary seen this year. As the proportion of respondents reporting service of only 10 years or less with their current employer has more than doubled, the proportion of respondents at the lowest average salary has more than doubled compared to 2013. This could be a key factor in why the average salary has dropped so dramatically.

It is a fair assumption that employer investment will improve the satisfaction of employees, but in a period of tightening budgets, investing in employees is generally not a priority. Equally, the fact that an increasing proportion of respondents are changing employers within 10 years suggests that investment may need to be made in different ways.

We asked respondents to indicate the financial incentives that employers offer, and documented the following responses:

These responses indicate the provision of financial incentives has decreased over the last year. However, we also investigated the provision of training by employers — whether or not employees are invited to attend in-house seminars and training courses — and found the following:

These increases in the level of inhouse training may reflect the finding that employees are moving between jobs more often than in previous years and therefore require more training.

In addition to benefits and training, another important factor in employee satisfaction is workload. Figure 3 shows that over half of our respondents, 58%, stated that their workload had increased compared to a year ago. The reasons that were given:

Figure 3: Perceived changes in workload together with the reasons given for the increase in both 2013 and 2014.

Regardless of the changes in the way that employers are investing and workloads are increasing, the majority of respondents (75%) reported that they were satisfied with their jobs.

As discussed, our respondents are moving between job roles more than in previous years. This year we asked respondents about their intentions to look for a new job. Almost a third (30%) expressed the intention to look for alternative employment within the next year, a 4% increase over 2013 and a 9% increase over 2012. This indicates that spectroscopists are becoming increasingly mobile within the employment market. The reasons given this year for making a move were:

Every year we examine regional variations in salaries, because such variations have an important effect on the attitude of workers: 33% of respondents stated that they would stick out a dissatisfactory job because of the location. Figure 4 compares the average salaries of different regions between 2013 and 2014. A more detailed breakdown follows below:

Figure 4: Comparison of the average salary in each geographical region reported in 2013 and 2014.

The Northeast has crept up from second position in 2013 to first, with a 13% increase in average salary from $93,646 to $106,318. Here, 24% of respondents work in academia (a 5% increase compared to 2013). Furthermore, the proportion of respondents in the Northeast that work in government or nationally funded laboratories has dropped from 16% to 10%.

It appears that if you want the highest salary, the northeast is the place to go. However, when asked for an opinion about the state of the employment market, one respondent said "In the northeast where I live, [there are] few jobs. I commute two hours a day because that is where the job was." The statistics clearly don't tell the entire story.

Figure 5 shows that the proportion of male versus female respondents in management positions has remained steady — 46% of males hold management positions compared to 40% of females — suggesting that other factors apart from seniority are responsible for the existing salary difference.

Just over half of respondents (51%) would recommend their career as a fulfilling one to a recent graduate, whereas 11% would not. We also asked for the best career advice respondents had received during their career. Responses ranged from "work hard" and "challenge yourself" to "be aware of industrial regulations" and "stay close to the fundamentals." A selection of responses is shown below:

This year's survey suggests that the employment market for spectroscopists is changing. Overall, however, satisfaction levels remain comparable to 2013, regardless of decreases in salary and financial incentives.

The staff of Spectroscopy designed the 2014 Spectroscopy salary survey and administered it using an on-line survey tool. A link to the on-line survey was successfully sent to 25,429 subscribers, and a total of 572 individuals responded. The field time for the survey was from October through December 2013 (with two reminder e-mails sent out on November 7 and November 18, 2013). To encourage participation, subscribers who responded to the survey were entered into a drawing to win a $100 gift card. 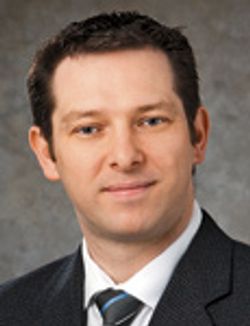