Mun Seok Jeong of the Department of Energy Science at Sungkyunkwan University in Korea is exploring the nanoscale of material science using a suite of new spectroscopy tools. The prominent analytical toolset for this nanoanalysis includes infrared nanoscopy and tip-enhanced resonance Raman scattering, often referred to as tip-enhanced Raman scattering (TERS). We recently spoke to him about his work.

One of the significant issues of the perovskite material is its long-term stability due to environmental degradation. Generally, perovskites decompose easily when exposed to environmental factors such as oxygen, moisture, heat and light. Therefore, there are still difficulties in commercialization using the perovskite materials. Many studies have been investigated, but it is still insufficient to clarify this issue. Herein, we conducted infrared (IR) nanoscopy measurement to investigate the degradation of OHP film in nanoscale. The IR nanoscopy is a high spatial resolution chemical analysis apparatus to measure changes in physical chemistry properties on a nanoscale that were not previously identified. As a result, we obtained the clear mechanism of degradation in perovskite film. This research is a unique approach in the field of nano chemistry research because it can be intuitively investigated in the nanoscale region (~10 nm) using the AFM-tip.

How would you describe the differences between classic infrared microspectroscopy and infrared nanoscopy?

Unlike classic IR microspectroscopy which can investigate the materials with several tens of micrometer spatial resolution, IR nanoscopy combined with AFM can identify substances in nanoscale region. Also, this technique can observe the structural and chemical properties of a sample simultaneously with the tens of nanometer scales. For realizing nanoscale spatial resolution, the amplitude of ring-down motions of the atomic force microscope (AFM) tip on the sample due to thermal expansion of sample at certain wavenumber were recorded along the incident IR laser. Finally we can achieve the mapping image of chemical vibrational modes and topography with ~10 nm spatial resolution.

How was infrared nanoscopy developed?

We purchased a commercial instrument system (Anasys Instruments) and adapted it for our work.

You have also applied infrared nanoscopy to identify defects and to improve the quality and performance of low-dimensional organic lead halide perovskites (OHPs), which comprise white light-emitting diodes (LEDs) (2).What has infrared nanoscopy revealed for this application that other analytical techniques have not shown?

What is most important about the quality of white-light emission in LEDs?

The LEDs are the systems with several materials such as active layer, electrode, and charge injection layers. The performance of LEDs with outstanding materials can be poor without understanding of interaction with each material. Thus, the most important for better performance of white-light emission in LEDs is the understanding of interaction with materials. For that, we study single or heterostructure of material step by step.

What are the most critical design issues for the successful application of tip-enhanced Raman spectroscopy (TERS) to achieve high spatial resolution combined with highly enhanced Raman signal?

The most important design topics for the TERS including high spatial resolution and enhanced signal are considered as the TERS tip and the nanocavity between tip and substrate. Fabrication of a TERS nanotip is essential in TERS. Basically, the nanosized-tip enables high resolution topographic imaging up to a few nanometers due to the small diameter of the tip apex. Accordingly, the enhancement of Raman signal and the high spatial resolution can be achieved owing to the excitation laser-induced electric field by the localized surface plasmons resonance (LSPR) generated from the atomically small tip apex. Thus, the TERS tip with atomically small apex is necessary to effectively conduct TERS. Furthermore, together with ultra-sharp tip, the nanocavity which indicates nanometer-scale structures for trapping the light is essential for the TERS imaging. The light can be concentrated into the nanocavities between tip and substrate and this phenomenon leads to the plasmon field that produces the strong light-matter interactions. Therefore, the signal enhancement and the resolution improvement can be governed by controlling the size of nanocavities.

You have published a method to fabricate gold nanotips for (TERS) in a quick and reliable manner (3). You have described a method to significantly increase the reproducibility of tip fabrication by automating the electrochemical etching system. Would you describe this fabrication method for our readers?

Basically, the gold nanotip fabrication method is based on the electrochemical etching process and redox reaction of the two electrodes. The gold wire and platinum ring act as working electrode and counter electrode respectively and they are immersed in the electrolyte. When we apply the bias voltage to the electrodes, we can generate the nonspontaneous oxidation reaction of gold wire. Because of the geometry of gold wire, platinum ring and meniscus of electrolyte, the wire could be acuminated. Therefore, the optimization of parameters like bias voltage, wave form, immersing depth and concentration of electrolyte must be done. In here, we automatized the whole etching process to minimize the intervention of human adjusting and increase the reliability. To automatize the etching system by electronic equipment, we use the KCl based electrolyte to prevent the corrosion of surrounding equipment. You can get more information about the gold nanotip fabrication process through our paper.

Your research team has applied tip-enhanced resonance Raman spectroscopy (TERS) to evaluate the quality of monolayer tungsten disulfide (WS2) used for the fabrication of WS2-based optoelectronic devices (4). Why is this application important and what have you learned about optimizing the use of TERS to study this monolayer material and other materials like it?

TERS has been applied for measuring bilayer grain boundaries (GBs) in chemical‐vapor‐deposition‐grown large‐area graphene (5). What exactly is being measured here and why is it important? What is the optimum spatial resolution you have obtained and what layer thicknesses or surface coatings are you measuring?

Large-area monolayer graphene grown by chemical-vapor-deposition (CVD) has attracted interests as a method to realize mass production and commercialization of near-ballistic transport electronic devices. So far, most large-area synthetic graphene is polycrystalline. The associated grain boundaries (GBs) have been identified as a major limitation in device applications due to their modified electronic structure and inhibiting carrier transport. Therefore, understanding the detailed characteristics of GBs is a prerequisite for better design of graphene sheets.

We have discovered twisted bilayer structures of GBs in graphene and recognized the GBs with misorientation angles from the TERS imaging with high spatial resolution of about 18 nm. Although the thickness of monolayer graphene indicates 0.34 nm, the GBs in the large-area monolayer graphene has been found to be about 2 nm thick. In addition, we have investigated Raman properties of wrinkles and nucleation sites, associated with the nanoscopic structural curvature effect and atomic-scale carbon hybridization. We expect these results help to better understand nanoscale defects, their impact on function, and growth mechanisms of large-area graphene.

In other published research you have reported the use of TERS for producing chemical images of a tungsten disulfide monolayer (6). What design features of the TERS instrumentation that you have developed has enabled you to make this measurement? Were any specialized data processing or data analysis methods required to complete this work? What were the greatest discoveries from this research?

Actually, this published research focuses on optimizing the TERS tip fabrication to acquire TERS images of 2D materials. We performed a series of experiments to produce the Au nanotips by electrochemical etching using a 37% HCl solution diluted with anhydrous ethanol to examine the effect of the HCl concentration on the fabricated tip shape. From a statistical study of tips fabricated under various HCl concentrations, we found the optimal condition that fabricates a higher yield or sharper tip apex. The tips fabricated under a 3:1 volume ratio of HCl solution and ethanol, which is suggested as an optimal condition, can be used to achieve greatly enhanced Raman scattering signals and high spatial resolution in Raman scattering images for 2D tungsten disulfide monolayer. We suggest that our method can contribute to high efficiency production of TERS nanotips that are suitable for high efficiency TERS and also high resolution TERS imaging.

What are some of the key challenges that you have encountered during your career?

The supply of stable tips was very urgent for successful TERS experiments. Currently commercialized TERS-ready systems sell very expensive tips and their efficiency is not very good. So we tried to produce TERS tips consistently, and now we have developed a method to produce a tip with a yield of 90 percent using non-toxic chemicals. After that, the TERS experiment was always successful.

What would you consider to be the most meaningful contributions of your work, including teaching and patent work?

The most meaningful contribution of my work is to educate students and make them independent researchers. After completing their PhDs, they are working as leaders in their positions. I am now contributing to the development of academic society through producing research results by collaborating with them.

Would you share with our readers to describe your work ethic, philosophy, and how you plan your daily or weekly work schedule?

I aspire to be the first movers rather than the fast followers in the research. The purpose of my research is to find new physics in new materials using new spectroscopy methods. It will find paths no one has ever found, give direction to other researchers and create a foothold.

What words of wisdom do you have for any young people interested in a scientific research career?

When three people go along, there is definitely a teacher among them. You can choose and follow the good people, and you can change your faults by reflecting the bad people. (by Confucius)

Prof. Mun Seok Jeong is an associate professor at Department of Energy Science, Sungkyunkwan University (SKKU), Korea. He received his PhD from Chonbuk National University in 2000. He then worked as a postdoctoral research associate at University of Illinois at Urbana Champaign, USA (2000-2001), senior research scientist at Electronics and Telecommunications Research Institute (ETRI), Korea (2001-2003), and principal research scientist at Advanced Photonics Research Institute, GIST, Korea (2003-2013). He joined SKKU in 2013. His current research is seeking new physics in the emerging materials including 2-D nanoplates and halide perovskite by novel approaches in synthesis, optical characterization, and optoelectronic devices. 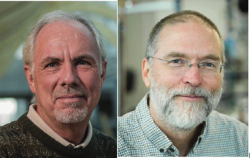