Spectroscopy interviewed Yukihiro Ozaki about his work in the field of Raman spectroscopy.

Overall, the application of Raman spectroscopy has yielded a greater understanding of multiple biomedical problems. We interviewed Yukihiro Ozaki, professor emeritus and a university fellow at Kwansei Gakuin University in Japan, about his work in this field. Ozaki is the winner of the 2020 Charles Mann Award for Applied Raman Spectroscopy, to be given at the 2020 SciX conference, for his Raman work in biomedical applications. This interview is part of a series of interviews with winners of awards presented at SciX.

Raman spectroscopy has become an important analytical technique for exploration of organic and inorganic compounds for applications from astrobiology to zoology. Since the 1980s, there has been an interest in exploring the use of Raman spectroscopy for biomedical applications requiring in situ measurements where no sample preparation or manipulated pathlength of samples is permitted. Raman spectroscopy is being used for tissue examination, for discovering disease mechanisms and etiology, and for determining the detailed spatial chemical composition of tissue structures for diseased and normal tissues. In biology, Raman spectroscopy has been used to nondestructively measure component changes in proteins and other metabolites affected by variations in environmental conditions, genetics, and metabolic activity. The enhancement of Raman signals by the use of surface-enhanced Raman spectroscopy (SERS) and resonance Raman spectroscopy has led to an improved understanding of their mechanisms and also to the development of bioassays, such as enzyme immunoassays and quantitative analysis of double-stranded DNA, amplified by polymerase chain reaction (PCR). Overall, the application of Raman spectroscopy has yielded greater understanding of multiple biomedical problems. We interviewed Professor Yukihiro Ozaki, professor emeritus and a university fellow at Kwansei Gakuin University in Japan, about his work in this field. Ozaki is the winner of the 2020 Charles Mann Award for Applied Raman Spectroscopy to be given at the 2020 SciX conference for his Raman work in biomedical applications. This interview is part of a series of interviews with winners of awards presented at SciX.

One of your most cited papers to date on the subject of Raman spectroscopy (1) reviews the development of SERS-based methods for proteins. The emphasis of this paper is to describe protein mediated SERS-active substrates for application as both label-free and Raman dye-labeled protein detection methods These methods provide tools for the study of protein-controlled processes within living cells. How did you become interested in this subject?

When I was a PhD student at Osaka University, I investigated resonance Raman spectroscopy of hemeproteins at the Institute for Protein Research of Osaka University. After I got my PhD, I became a research associate at the National Research Council of Canada, where I was involved in enzyme research using a resonance Raman label method. Therefore, I have strong background for both Raman spectroscopy and protein research since the 1970s. When I encountered SERS, I just thought of highly sensitive detection of proteins by SERS. Then, I started studies on protein-mediated SERS-active substrates for application as both label-free and Raman dye-labeled protein detection methods with Dr. Xiaoxia Han, who was a postdoc in our group.

How is the Raman spectroscopy work you have done different from what others have done previously?

You have edited a text on the analytical methods of Raman, infrared (IR), and NIR chemical imaging (2). You are one of the few researchers who has made major contributions using all three spectral measurement regions. From your perspective, what are the applications of Raman imaging that highlight its advantages over IR and NIR imaging?

One of my strong points is I have been involved in all three spectral measurement regions: Raman, IR, and NIR spectroscopy. So, I can evaluate fairly these spectroscopies. The advantage of Raman imaging over IR and NIR imaging is its high special resolution. Even without using tipenhanced Raman spectroscopy (TERS), one can obtain a spatial resolution of 300 nm by using Raman. If one uses SERS imaging, one can expect higher sensitivity and selectivity over IR and NIR imaging. In Raman imaging, it is possible to properly use normal Raman imaging, resonance Raman imaging, SERS imaging, and TERS imaging. So, Raman imaging offers a very wide set of imaging capabilities. The existing issues of spectroscopic imaging are the speed of the imaging measurement, the ability to image materials with roughness, and the analysis of depth direction. Raman spectroscopy imaging has strong potential for solving these issues.

In an earlier article, you wrote about the use of Raman spectroscopic imaging with an emphasis on the chemometrics used for data processing (3). What did you learn regarding the unique properties of Raman spectra and how chemometrics can best be applied to Raman data?

You have made significant contributions to the biomedical applications of SERS. Your contributions include the elucidation of the SERS electromagnetic mechanism (4), as well as discovery research related to the chemical mechanism of SERS (5,6). Would you summarize for our readers what your main discoveries were in this work?

The SERS mechanism had been investigated by an ensemble nanoparticle system, where the cause of the enhancement (plasmon resonance) was averaged, and, thus, it was difficult to elucidate directly the relation between the cause and the result (SERS). Dr. Tamitake Itoh, who was a postdoc in my group, thought of using a single nanoparticle system to solve this problem (4). We developed a new experimental setup for studying the SERS mechanism consisting of an electron microscope (EM), a plasmon resonance measurement system, and a SERS measurement system for the same single nanoparticle. We measured SERS and plasmon resonance spectra, and EM images, and based on this information we calculated the SERS spectra. By comparing the experimental SERS spectra with the calculated ones, we succeeded in quantitative verification of the electromagnetic enhancement effect. A group at Jilin University in China and our group also contributed to the studies of chemical effects and semiconductor-enhanced Raman scattering (5). Our recent study on the Mie resonance scattered nearfield effect provided a coherence framework for modeling the electromagnetic mechanism of SERS on semiconductors (6).

What were some of the key challenges you encountered during your career of teaching and research?

The key challenges I encountered during my career of teaching and research were finding my academic position; recruiting students, postdocs, and collaborators; and getting funding. Here, I would like to mention something about the second point. For recruiting, I placed an emphasis on collecting people who have different backgrounds. I belonged to a chemistry department, so I had enough chemists. But in my group, I always included a few people who had a strong background in physics. This has been quite successful. I also accepted people from bioscience, pharmaceutical science, agricultural science, and so on. As a result, our group was always full of new ideas. Moreover, our group was always quite international and big, and, thus again, I have been surrounded by new ideas and high energy. From our group, about 50 people have obtained their PhD. Also, about 50 people have joined our group as postdoctoral fellows and assistant professors. About half of them were foreigners; we were able to establish quite an international group. Currently, many of them are very active in academia and industries.

What would you consider to be the most meaningful contributions of your work?

I have three most meaningful contributions. The first is the first trial of the studies of mechanism of disease by Raman spectroscopy (7). The second is the establishment of application of NIR spectroscopy to physical chemistry (8). The third is the proposal of ATR-far-ultraviolet (FUV) spectroscopy (9).

Would you share with our readers your philosophy for work and success in an academic research career?

The group motto of our research group is “top among the top” and our mission is “promoting science and application of molecular spectroscopy throughout the world.” The most important things in my philosophy for work and success are to have ambition and consider working on significant contributions that benefit the world.

Currently, Ozaki is a professor emeritus and a university fellow at the Kwansei Gakuin University, a guest fellow of Toyota RIKEN, a guest professor of Peking University, Kobe University, and Fukui University, and a guest principal researcher of RIKEN. Ozaki has been internationally known in the research and education of physical chemistry, analytical chemistry, and spectroscopy for the past four decades. He was a senior research fellow of the Chemistry Department of Princeton University in 1993. He is a fellow of the Society for Applied Spectroscopy (since 2010), the Royal Society of Chemistry (since 2015), The Chemical Society of Japan (since 2016), and the International Council of Near-infrared Spectroscopy (since 2017). Ozaki was also given a Doctorate Honoris Causa from Jagiellonian University, Poland (2016) and from the University of Wroclaw, Poland (2019). He has received multiple international awards, such as the Bomem Michaelson Award and Pittsburgh Spectroscopy Award. Ozaki has published six textbooks and approximately 1000 papers with an H-index of 72. The number of citations of his papers is more than 24500. 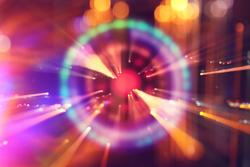