Portable XRF has been found to be an efficient and economic analytical tool for elemental analysis in pharmaceutical products. This study explores the use of pXRF for determination of iodine in multivitamins.

A quick and accurate method for the determination of iodine in pharmaceutical products is critical for manufacturers to ensure product quality and to comply with the legal requirements as determined by authorities such as the Therapeutic Goods Administration (TGA) in Australia. As a noninvasive and nondestructive method of testing that requires little to no sample preparation, pXRF has been found to be one of the most efficient and economic analytical tools for elemental analysis in a wide range of applications. In this study, an approach using pXRF offers another option for the determination of iodine in multivitamin tablets, which is proving superiority for quality control on the production line.

Iodine is an essential trace element that plays an important role in human growth and development. Both iodine deficiency and iodine excess are detrimental to human health (1).

Iodine is often added in multivitamin tablet products, with concentrations ranging from 50 to 150 µg per tablet. Some special sea kelp tablets contain relatively high levels of iodine. Given that an elevated concentration of iodine is associated with various negative health effects, a quick and reliable method for the determination of iodine is necessary for the purposes of quality control and product release.

The conventional method to determine iodine for pharmaceutical manufacturers is highly time-consuming, due to the extraction process required. It has been evidenced that inductively coupled plasma–optical emission spectrometry (ICP-OES) and inductively coupled plasma–mass spectrometry (ICP-MS) are effective means of measuring iodine in pharmaceuticals (2). However, both methods require lengthy procedures for sample dissolution and extraction and the setup of the required instruments. In addition, neither method is practical as a quick on-site testing method for quality control.

This study explored the feasibility of iodine determination in pharmaceutical products using portable X-ray fluorescence (pXRF), which has been recognized as an efficient tool and as the first-line screening method of choice in many industries. This study aims to develop both a quick approach for homogeneity testing of mixed product powders, and an analytical method for the accurate determination of iodine (> 50 µg/g) in multivitamin tablets.

In this study, more than 10 multivitamin products from the local supermarket were collected. The products were manufactured with different compositions, with the iodine concentration ranging from 50 µg per tablet to 280 µg per tablet, according to their labels.

For accurate analysis of the tablets, they were blended into fine powders, and packed in an XRF sample cup sealed with Mylar TF-160-255 film. The analysis was performed on a portable XRF analyzer (SkyRay Explorer 7000). A user mode (or calibration) was developed based on the factory settings. This XRF analyzer provides an "expert" mode, in which the user can setup various instrument conditions including the excitation source, collimator, filters, peak signal calculations, and interference corrections. A test stand was used to ensure the sample test position is consistent. All samples were analyzed with the settings of 45kV 50 µA and 180 s. It was observed that after 120 s, the signals were almost consistent.

For the homogeneity tests, tablets may be determined directly, but care must be taken to ensure the tablets are placed in the same test position in front of the test window.

In this section, the method was assessed and discussed according to the ICH Harmonized Tripartite Guideline, Validation of Analytical Procedures: Text and Methodology Q2(R1) (3).

Specificity is the ability to assess unequivocally the analyte in the presence of components that may be expected to be present. The most powerful and principal energy signal of iodine Ka is found at 28.612 keV, at which the possible spectral overlap may be from tin Kβ at 28.485keV, antimony at Kβ 29.73keV, and tellurium at Ka 27.47keV. In this study, a pXRF analyzer demonstrated a resolution of approximately 0.15 keV. No evidence of possible overlap from these interferences was observed, thus demonstrating the specificity of the method.

The label values of each product and the expected values of the spiked samples were used as the acceptable values to benchmark the measured results (Figure 1). In addition, NIST SRM 3280 multivitamin tablets were analyzed, and the certified value of iodine was used as the standard value for assessing the accuracy of the method. The initial calibration curve was established using pure iodine standards made from the mixture of potassium iodide and silicon dioxide. By analyzing all different multivitamin samples, including the NIST SRM 3280, an adjustment factor was input into the calibration curve to correct for matrix effects. Then, the adjusted calibration curve was verified by analyzing the NIST SRM 3280. Once consistent results were achieved, a generic calibration for the multivitamin matrix for all products was generated.

The accuracy test results are listed in Tables I and II.

As a matter of fact, each tablet product has a different matrix. To obtain more accurate results for each individual product, the calibration curves may be fine-tuned for each specific tablet type.

In this study, short-term repeatability checks were carried out and the relative standard deviation (RSD%) in percentage was used to assess precision. Like any other instrumental method, the precision varies with the analyte concentrations. The RSD% is usually higher when the concentration is close to the reported limits. The precision test results at the level of around 80 µg/g and 100 µg/g are illustrated in Figure 2 and Figure 3.

Figure 1: Correlation between the label values and the obtained values by the pXRF method.

The precision achieved was comparable to the precision of other methods. The National Institute of Standards and Technology (NIST) reported precisions of 7.6–8.6% for iodine (~132 µg/g) on multivitamin certified reference material using the methods, such as ICP-MS and instrumental neutron activation analysis (INAA) (4).

For the iodine content level at 500 µg/g, the RSD% valves were found consistently to be from 3 to 5%.

In this study, the detection limit was reported as three times the standard deviation of a real multivitamin sample, with very low iodine concentration analyzed seven times. The typical detection limit of this method is around 20–30 µg/g.

The typical linearity of this method was up to 1000 µg/g with a coefficient of determination (R2) of greater than 0.999 (Figure 4), which covers the iodine concentration in almost any multivitamin product.

The robustness of an analytical procedure is a measure of its capacity to remain unaffected by small but deliberate variations in method parameters and provides an indication of its reliability during normal usage. In this study, the following variations were deliberately introduced, and the effects of these were assessed:

Effects of the Tablet Shape, Coating, and Size

For quantitative analysis, it is suggested to blend the tablets into powder before measurement, so that the effects of the tablet sizes and shapes are minimized.

Effects of Powder Density and Sample Depth in the XRF Cup

The longer measuring time will improve the measurement precision and the detection limit and quantity limits. However, when the measuring time is longer than 180 s, less improvement was observed.

Physical matrix effects result from the variation in the physical and chemical characteristics of the samples, which include sample composition, particle size, uniformity, homogeneity, and surface conditions. It was observed that the iodine signal was suppressed in some product matrices, but was not changed in other products. In general, pXRF is a technique that requires "full match" of the calibration standards and the samples in terms of the composition and test conditions if accurate results are required.

With the method developed, it takes about 10 min to complete the analysis, including blending tablets into powder, packing the sample powder into an XRF cup, and measuring in the pXRF analyzer.

With the feature of nondestructive and in-situ testing, pXRF is an ideal option for on-line monitoring of product quality at different stages of production.

In addition, the multivitamin tablets can be directly placed in front of the pXRF test window for iodine determination, which makes it an easy way to identify the difference or the homogeneity between tablets for the same type of product.

The analytical performance of the method for the determination of iodine in pharmaceutical products, such as multivitamin tablets, was evaluated in terms of accuracy, precision, and other parameters. The method presents advantages such as direct determination of iodine with minimum sample preparation and fast results within minutes, making pXRF an ideal tool for quality control purposes in the pharmaceutical production line. This method may potentially be applied for other elements such as iron, zinc, and selenium in multivitamin tablets and other products. 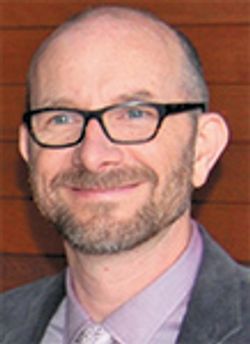