In conventional designs for dispersive Raman spectrometers, there is a tradeoff between spectral resolution and light throughput. A new design approach using Multimodal Multiplex (MMS) technology provides approximately 12x the throughput of a conventional slit-based system with no compromise in spectral resolution. This translates into a signal-to-noise advantage of greater than 3.5x for equivalent measurement times. In addition, the wide area aperture is ideally suited to large sample spot illumination, which yields measurements that are more representative of the bulk of the sample being analyzed.

Traditional dispersive spectrometer designs use a fiber-based "pinhole" input or, more commonly, a vertical slit that is imaged on a 2-D CCD detector to increase sensitivity. A typical layout of a slit-based dispersive instrument is shown in Figure 1. The dispersive element produces a wavelength-dependent shift of the image of the input slit.

Because each spectral channel must correspond to a unique shift, the spectral width of a resolution element is directly proportional to the slit width. This relationship provides the challenge to spectroscopy in real world conditions. To achieve a reasonable spectral resolution, the input slit to the spectrometer must be narrow. However, because the light source is generally wide relative to the slit, only a small percentage of the total light can be properly focused into the spectrometer. The relationship between the slit image and the resulting spectrum is shown in Figure 2. If the sources of light are weak as well as diffuse — such as is the case in Raman measurements — then the detector can be so photon starved that no usable spectral measurement is possible. In these traditional designs, there is an inherent tradeoff between resolution and light throughput. While spectral resolution increases as slit width decreases, a narrow input slit greatly limits the light throughput and as a result greatly reduces the signal-to-noise ratio (S/N) of the measurement.

In contrast, an MMS-based spectrometer samples several thousand optical channels simultaneously through a coded aperture instead of a slit. Then proprietary mathematical algorithms are used to precisely reconstruct the spectral content of the source. The layout of a typical MMS spectrometer is shown in Figure 3. This example uses a dispersive grating geometry with a coded aperture in place of a traditional slit. Light enters the system through the coded aperture and is collimated onto the grating by a collimating mirror or lens.

The grating spectrally disperses the light, which is then mapped onto a 2-D detector array such as a CCD. The dispersive element could be a reflective holographic grating or a transmissive volume phase hologram depending upon the spectral range and other system design parameters. The MMS Raman spectrometer uses a transmissive grating design. Using the MMS spectrometer, both resolution and throughput (etendue) can be maintained and optimized. The relationship between the encoded aperture and the resulting spectrum is shown in Figure 4. In the case of the MMS spectrometer, the three spectral features as shown in the slit-based example each form images of the wide area aperture at the detector.

High resolution with high sensitivity is achieved even though the mask images are overlapped — as is the case when there are closely spaced spectral features (Figure 5). The most dramatic MMS performance advantage is realized when making difficult measurements. These difficult measurements include measuring weak, scattering, and diffuse sources. These types of samples are particularly challenging for conventional sensors to measure because the light collection efficiency is extremely low and, thus, the measured spectral features are of low S/N or are not detected at all. MMS systems inherently alleviate these problems.

For a slit-based system to have an S/N that is equivalent to that of an MMS-based system, the slit would have to be very wide to admit comparable light. When the slit is wide, the ability to resolve closely spaced spectral features is compromised because the slit images overlap. In the example shown in Figure 6, the widened slit results in the inability to resolve the spectral features.

The matrix computations used in the MMS system deconvolve the information in the encoded wide area mask image, preserving the resolution while achieving a high S/N. Theory predicts the throughput of an MMS system to be about 800 times that of a fiber-based system and 12 times that of a slit system with equivalent resolution. To validate the theory, data were collected from a 785-nm Raman spectrometer using identical optical and electronic components with only changes to the input aperture. The results obtained from a toluene sample comparing pinhole, slit, and MMS approaches are shown in Figure 7. MMS-based spectrometers can cover any spectral range from the UV well into the near infrared, including emission measurements such as Raman and fluorescence. The MMS approach provides extreme sensitivity with uncompromised resolution and represents a paradigm shift in molecular spectroscopy.

In addition to providing higher sensitivity, the MMS wide area aperture approach also is suited ideally to large area sampling. Typical Raman spectrometers use an illumination spot size of around 100–150 μm. Many samples are not homogeneous over such a small area and, as a result, the measured spectrum might not be representative of the bulk of the sample. As an example, a surface-enhanced Raman substrate was measured using a conventional Raman spectrometer with a spot size of about 100 μm versus an MMS system with a sample spot size of 2 mm. A photomicrograph of the substrate is shown in Figure 8. A series of spectra were collected across the sample using 500-μm steps. The results obtained using the conventional spectrometers are shown on the left side of Figure 9. The spectral intensities show a wide variation as a result of the surface variations. The MMS spectrometer results are shown on the right side of the figure. The much larger illumination spot size results in more reproducible spectra. These results also demonstrate the improvement in S/N that results from using the MMS approach.

The MMS-based Raman spectrometer provides approximately 12X the throughput of a conventional slit-based system with equivalent resolution. This translates into an S/N advantage of greater than 3.5X for equivalent measurement times. In addition, the wide area aperture is ideally suited to large sample spot illumination that yields measurements that are more representative of the bulk of the sample being analyzed. The MMS Raman system is available from Ocean Optics. 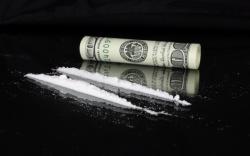