The N-H stretching and bending peaks can be used to distinguish primary, secondary, and tertiary amides and to ascertain protein structure. Here’s how.

After introducing amides in the last column, in this installment we look at their infrared spectra. We will see how N-H stretching and bending peaks are used to distinguish primary, secondary, and tertiary amides from each other. We also briefly discuss how infrared spectroscopy can be used to ascertain protein structure.


In our last installment, I introduced you to the amide functional group (1). Here, I tell the rest of their story-specifically, how to interpret their infrared spectra.

Similar to carbonyl groups attached to a benzene ring (2), amides undergo conjugation. As a result, their carbonyl stretch is lower than that of many other similar functional groups, and this peak falls for all amides from 1680 to 1630. Note, however, that we do not speak of “saturated” or “aromatic” amides, as conjugation takes place in all amides, so they all have the same carbonyl stretching peak range. Amides also engage in hydrogen bonding. However, like amines, the strength of the hydrogen bonding is less than that for O-H bonds, giving medium width and intensity N-H stretching peaks compared to O-H stretches.

The infrared spectrum of a primary amide, benzamide, is seen in Figure 3.

Because this molecule has an NH2 group, it has two N-H stretching vibrations, whose peaks are seen at 3366 and 3710 (going forward, assume all peaks positions stated are in cm-1 units, even if not stated). Note that these peaks fall in the same range as O-H stretches, but you should never confuse the two, because N-H stretching peaks are narrower, and less intense, than O-H stretching peaks. Note that these two peaks come to a nice sharp point, but their bases are broadened due to hydrogen bonding. At their base, these two peaks are about 400 cm-1 wide, whereas O-H stretching envelopes are often more than 1000 cm-1 wide. For primary amides in general, this pair of peaks falls between 3370 and 3170 cm-1 Again, both peaks must be present for a molecule to be a primary amide. The C=O stretch in Figure 3 is seen at 1656, well within the range expected for amides.

Primary amides have a structural similarity to primary amines in that they both contain the NH2 group. Recall that primary amines have scissoring and wagging bending vibrations (3), and so do primary amides. In Figure 3, the primary amide scissoring peak is seen at 1622, and, in general, this peak falls from 1650 to 1620. The NH2 wag is a broadened envelope, due to hydrogen bonding, around 700. This envelope normally tops out between 750 and 600. The pair of sharp peaks on top of this envelope are the C-H wag and ring bend of a mono-substituted benzene ring (4), which is present in benzamide.

In a previous column (3), I pointed out that C-N stretches are not useful group wavenumbers, since they are usually medium-to-weak in intensity, and fall from 1400 to 1000, right in the middle of the very busy fingerprint region, where it is easy for them to get lost. The C-N stretch of benzamide is seen at 1398. This particular molecule has a relatively simple spectrum, so this peak is visible, but you can see how it might get lost if there were other peaks of similar size around it. A summary of the group wavenumbers for primary amides is seen in Table I.

The C=O stretch of our secondary amide is seen in Figure 4 at 1641, in the 1680 to 1630 range typical of all amides. Note, however, it has a companion peak at 1542. This is the in-plane N-H bend of the secondary amide group, and is normally found from 1570 to 1515. This peak’s position is unusual in that there are very few group wavenumber peaks that fall around 1550, and it is unusually intense for an in-plane bend. We have said very little about in-plane bends throughout this column series, because they are generally weak and typically fall in the middle of the busy fingerprint region where they are easily lost. This in-plane bend is higher in wavenumber and more intense than others because of the conjugation that takes place in amides (5). The C=O and N-H in plane bend peaks form a diagnostic pair of sharp, intense peaks in the middle of the spectrum. Combine these with the single N-H stretch of secondary amides and you have a trio of peaks that clearly indicate when a secondary amide is present in a sample. For the nylon family of polymers particularly, this pair peaks falls at ~1640 and ~1540, and are easily spotted. The N-H wag of secondary amides forms a broadened envelope from 750 to 680 and is seen in Figure 4 at 691. The summary of secondary amide group wavenumbers is seen in Table II.

Proteins are polymers that consist of amino acid repeat units. The repeat units are linked together by secondary amide linkages. The spectrum of a protein, keratin, is seen in Figure 5.

Mammal hair, skin, feathers, and reptile scales are all made from keratin, so it is a commonly found material. The spectrum in Figure 5 is of sheep hair (wool). Note that the spectrum is dominated by secondary amide peaks, with N-H stretch, C=O stretch, and N-H in-plane bend peaks clearly visible.

I am often asked by my students in the infrared spectral interpretation training courses I teach whether infrared spectroscopy can be used to distinguish between natural and synthetic materials. I am afraid that, in general, the answer is no. Remember that infrared spectroscopy is sensitive to the functional groups present in a sample. Functional groups generally have the same structure, whether they are made in a test tube or a living cell. Figure 5 shows this; if I didn’t know this spectrum were of a protein, I might have thought it was a synthetic secondary amide, such as a nylon.

What about tertiary amides? As seen in Figure 1, this functional group has no N-H bonds, hence no N-H stretching and bending peaks, and hence no useful group wavenumbers. Tertiary amides will exhibit a C=O stretch from 1680 to 1630 like all other amides, but there are many conjugated C=O functional groups whose carbonyl peaks also fall in this range, meaning there is nothing unique about the spectra of tertiary amides. It is an example of a functional group that are not readily detected by infrared spectroscopy.

Your Next  Infrared  Spectral  Interpretation Challenge

As promised, the Infrared Spectral Interpretation Challenge is back from its holiday break. Using everything you have learned from this and other columns in this series, do your best to identify the functional groups present, and then identify the complete chemical structure of this molecule.

Brian C. Smith, PhD, is the founder and CEO of Big Sur Scientific, a maker of portable mid-infrared cannabis analyzers. He has over 30 years experience as an industrial infrared spectroscopist, has published numerous peer reviewed papers, and has written three books on spectroscopy. As a trainer, he has helped thousands of people around the world improve their infrared analyses. In addition to writing for Spectroscopy, Dr. Smith writes a regular column for its sister publication Cannabis Science and Technology and sits on its editorial board. He earned his PhD in physical chemistry from Dartmouth College. He can be reached at: SpectroscopyEdit@MMHGroup.com 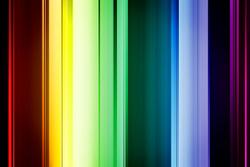