Heavy metal ions are critically important to certain biological functions, but they are also considered environmentally hazardous and detrimental to human health if not handled and treated with the necessary precautions (1–7). As a result, methods of identification and quantification are necessary. Carbon dots (CDs) have attracted considerable attention as photocatalysts (8), sensors (9–10), printing inks (11), in drug delivery (12), and in bioimaging materials (13), because of their unique optical, electronic, and chemical properties. Because of the unique properties of CDs, metal ions demonstrate different fluorescence quenching effects on them. Particularly, Cu2+, Hg2+, Al3+, and Fe3+ ions have special fluorescence quenching effects on CDs, as summarized in Table I (14–24). However, there are still some important questions that need to be addressed. Why can Fe3+ ions selectively quench many types of carbon dots? And why is there no wide range of linear relationships between the quenching effects and the Fe3+ concentration, especially at relatively high concentrations (CFe3+ > 10 uM)?

As shown in Table I, regardless of the raw materials, the preparation methods of CDs or the ion quenching conditions used, Fe3+ ions have special selective fluorescence quenching effects on nearly all CDs. The selective fluorescence quenching of CDs by metal ions is because of the strong binding energy between the ions and the electron-rich nitrogen and oxygen groups on the surface of CDs (2,4–5,7,9–10). This theory can explain most cases; however, when it comes to Fe3+, there are some discrepancies.

For example, when it comes to electron capacity, which occurs in the order:

In this study, we attempted to obtain a valid explanation for the selective fluorescence quenching effects on CDs.

To confirm and further investigate the quenching mechanism in Table I, four kinds of CDs, namely CD-A, CD-B, CD-C, and CD-D, were made from different raw materials such as grass, glycine, glucose, citric acid, ethylenediamine, and garlic, according to previous studies (18–20,25).

The QY of CDs was measured according to an established procedure (26). Quinine sulfate in 0.1 M of H2SO4 (the literature QY is 0.54 at 360 nm) was chosen as a standard. Absolute values were calculated using the standard reference sample that had a fixed and known fluorescence QY value. To minimize the absorption effects, the absorbance in the 10 mm fluorescence cuvette were kept under 0.1 at the excitation wavelength (360 nm). The QY was estimated to be 6.8%, 4.2%, 4.6%, and 7.3% for CD-A, CD-B, CD-C, and CD-D, respectively.

Figure 3 demonstrates that the CD-C material in aqueous solution has a single UV-vis absorption peak at 345 nm, and very bright blue luminescence under the illumination of UV (365 nm) light, even at a very low concentration (Absorbance <0.1). The CD-C aqueous solution can be seen in the inset of Figure 1. Excitation-dependent PL behavior was also observed as the literature (18), which is common in some fluorescent carbon materials (Figure 1) (27–30). When the excitation wavelength is changed from 300 nm to 400 nm, the emission wavelength demonstrated hardly any shift. This behavior contributes to the surface state affecting the bandgap of CDs (31). In the fluorescence spectra in Figure 1, CD-C has optimal excitation and emission wavelengths at 345 nm and 440 nm, which are different from the literature (19).

We investigated the fluorescence quenching effects of various metal ions on CDs in distilled water (Figure 2). A series of metal ions (Li+, Na+, Hg2+, Ni2+, Co2+, Mg2+, Ca2+, Cu2+, Zn2+, Al3+, Cr3+, Ag+, Fe2+, and Fe3+), each at a concentration of 1 mM were used in the experiment. As shown in Figure 2, the fluorescence quenching effects of the Fe3+ ions were much stronger than that of the other ions for all four of the synthesized CDs. According to previous work, there must be a unique mechanism that has yet to be accounted for.

Subsequent experimentations revealed that the selective quenching effects of Fe3+ on CDs were likely caused because of the inner filter effect, which occurred because of the strong UV absorbance of the Fe3+ ions (Figure 3a). When the CDs solution was mixed with Fe3+, the UV absorbance of the samples would dramatically increase compared to other metal ions (Figure 3b). To investigate the Fe3+ fluorescence quenching effects on CDs, CD-C was used in the quenching experiments because of its high QY.

UV Absorbance of the Samples

The UV absorbance of the metal ions (Li+, Na+, Hg2+, Ni2+, Co2+, Mg2+, Ca2+, Cu2+, Zn2+, Al3+, Cr3+, Ag+, Fe2+, and Fe3+, 1 mM) and their corresponding quenching samples are demonstrated in Figure 3. Figure 3a shows the UV absorbance of the metal ions aqueous solutions; apparently, only Fe3+ solutions have strong UV absorbance, whereas the other metal ions have hardly any absorption. As shown in Figure 3b, the addition of the Fe3+ ions would greatly enhance the UV absorption of the samples compared to the original CD solution. The absorbance of the samples intensified as the concentration of Fe3+ ions increased (Figure 3c). The increased absorbance is as high as 0.81 (1 mM Fe3+, 345 nm), and the excitation light could likely be absorbed by Fe3+ ions to some extent, decreasing the excitation light obtained by CDs and contributing to the quenching effects.

The Fe3+ ions in the samples absorb the excitation light and cause a decrease of the fluorescence intensity of the samples.

As shown in Figure 4a, only minor “quenching effects” were observed when the concentration of Fe3+ was lower than 10-5 M. This observation demonstrates that there is hardly any UV absorbance below concentration of 10-5 M (as shown in Figure 3c). We observe that the correlation between the “fluorescence quenching effects” and the increased absorbance (due to the Fe3+ concentration) is not linear. This phenomenon also has been found in other cases especially when the Fe3+ concentration is above 10-5 M (14,18). These nonlinear relationships indicate that the inner filter effect may be the main factor causing the “quenching effects,” but that it may not be the only factor. They can be functionalized via an exponential decay model with R-squared values of 0.99887 and 0.99944, respectively (Table II).

This work was supported by the China Scholarship Council (No.201808410585) for overseas research. We also appreciate the support from the School of Biological and Chemical Sciences, University of Missouri–Kansas City. 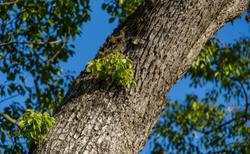 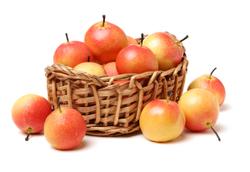 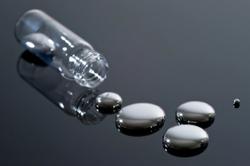