Laser-induced breakdown spectroscopy (LIBS) can be used to determine the elemental composition of any sample, whether it's a solid, a liquid, or a gas. Steven Rehse of the University of Windsor (Windsor, Ontario, Canada) focuses on various applications of LIBS, including medical analyses. In this interview, Rehse discusses the use of LIBS for analyzing biomedical specimens such as tissues and bacteria, the limitations of the technique for biomedical applications, and possible future research with LIBS.

An interview with Dr. Steven Rehse, an assistant professor in the Department of Physics at the University of Windsor in Windsor, Ontario, Canada. Rehse’s research focuses on two areas: biomedical applications of optical and laser-based technologies such as laser-induced breakdown spectroscopy (LIBS), and laboratory astrophysics measurements.

Your presentation at SciX 2013 discussed medical applications of LIBS, including its use for analyzing hard or calcified tissues; soft tissues; biomedical specimens such as blood and proteins; pathogens such as bacteria, molds, pollen, yeast, and viruses; and tissues during the course of laser surgery. What are the advantages of using LIBS over other spectroscopic techniques for these analyses?

The advantages of LIBS when used in biomedical applications are, in general, the same as they are for all applications. Specifically, speed (the time that passes from the formation of the laser-induced spark to a complete spectrochemical analysis can be under one second!) and the lack of any significant sample preparation steps. What I mean by “lack of sample preparation” is that we would like to use LIBS for direct real-time analysis of biomedical specimens without the addition of any biochemical precursors, antigenic or serological probes, genetic amplification steps, acid digestion steps, nanoparticle enhancement, or surface enhancement. These preparatory protocols are used in many other spectroscopic techniques to obtain adequate signal-to-noise ratios. The signal-to-noise ratio from a single LIBS analytic spark is large enough that any such preanalysis steps are most likely unnecessary.

There is one other advantage that could potentially help with the early adoption of this technology that is tremendously exciting. This is the potential to deliver a LIBS-based medical probe that would be very familiar to a current medical practitioner. A laser tool for drilling or cutting (that is, a laser scalpel) is already a familiar instrument in surgery, dentistry, and so forth. Because many physicians or medical practitioners are already comfortable with this type of hardware and its usage, we only now need to add the ability to perform spectroscopic analysis on the emitted light from the laser–tissue interaction. Ideally this will all be performed with a modified version of the same handheld probe the physician is already using. We only need to add the spectrometer and appropriate analysis software at the instrument end of the fiber-coupled probe (perhaps with the diagnostic information conveyed back to the practitioner via a heads-up display). Hopefully this ease of use and familiarity could speed acceptance of the technology by the ultimate end users.

What are the limitations of the technique for biomedical applications?

One potential limitation is the destructive nature of the analysis. In cases where only a small specimen is available, the LIBS technique will be able to obtain the usual diagnostic information, but there would be no remnant of the specimen left for retesting or for medical record-keeping. LIBS is not alone in this limitation, however, as inductively coupled plasma mass spectrometry (ICP-MS), matrix-assisted laser desorption–ionization time-of-flight mass spectrometry (MALDI-TOF-MS), atomic absorption spectroscopy (AAS), and other spectrochemical techniques also require destruction of the sample, and usually require quite a bit more analyte.

Another potential limitation is the limited utility for the analysis of proteins and biochemical disease markers. These biomolecules are usually composed almost exclusively of carbon, nitrogen, hydrogen, and oxygen, whereas LIBS works most optimally on metals or other inorganic elements. LIBS does effectively measure elemental concentrations of the lighter elements as well, but the problem is so many of the surrounding tissues and other cells in the body have similar compositions that it may be difficult to identify and discriminate these biomolecules in the presence of a biologic background. Lastly, the limits of detection of a straightforward single-pulse LIBS analysis are typically in the parts-per-million range, and often precursor biomolecules are present in much lower concentrations in bodily fluids or tissues. Presently, the LIBS technology would not be good candidate for any type of “single molecule” detection or classification, based on the amount of analyte required.

Your 2012 review paper in the Journal of Medical Engineering and Technology (1) mentioned a technique developed in your laboratory called elemental multivariate microbiology analysis (EMMA). Can you please briefly describe this approach and how it is used to identify pathogenic bacteria?

Since 2007 I have been using LIBS to rapidly classify bacteria based on differences in their elemental composition as determined by a chemometric analysis of their LIBS spectra. Because this is a microbial identification based on an elemental (or atomic) analysis, and the resulting data must be analyzed via a suitable multivariate algorithm, I took to calling it EMMA for “elemental multivariate microbiology analysis.” Sometimes I refer to it as “atomic microbiology,” in contrast to the current techniques of “molecular microbiology” that can identify bacteria based on surface molecular composition.

In a canonical experiment in my lab, we generally prepare pure bacterial specimens and suspend them in a water or buffered solution. After centrifugation of this fluid, we micropipette a small volume of bacteria-containing fluid (10 µL) onto a small nutrient-free agar plate. From this small volume we are able to obtain over a hundred LIBS measurements. Any one LIBS shot is enough to provide a useful analytic signal, though. By our calculation, this single LIBS laser shot typically ablates 1500 bacterial cells. We believe we can reduce this number to around 100 cells, and single-cell analysis has been demonstrated by other groups. In addition to these tests to investigate the sensitivity and specificity of this diagnostic, we have studied the effect of using “mixed samples” (more than one bacterial species in the fluid), the effect of using multiple different growth media, and the effect of harvesting the bacteria directly from a bodily fluid — in this case a urine specimen to simulate a urinary tract infection. In all cases the LIBS analysis performed with no decrease in sensitivity or specificity, both of which I believe to be above 95%, generally.

What are some possible future biomedical applications of LIBS?

Many different laboratory demonstrations have been already been performed by laboratories all over the world, which suggests to me that the following biomedical applications are all feasible in the near future:

What are the next steps in your own research with LIBS?

Firstly, we plan to continue and expand on the bacterial identification project, which has been very successful for me and continues to hold great promise. We plan to increase the number of bacterial genera or species that can be classified in the analysis, while at the same time creating a suitable “LIBS front end,” which will be an optimized apparatus for separating bacterial cells from a biofluid specimen and presenting them to the LIBS laser for analysis. This work is currently being strongly supported by the Canadian Natural Sciences and Engineering Research Council (NSERC). We are very keen to show that in a real-world clinical setting, such a system should be very competitive with the current MALDI-TOF mass spectrometers that are being marketed for pathogen identification. Lastly, we will identity one or two key diseases, usually caused by a limited number of pathogens, which will allow us to more effectively concentrate our research efforts in one direction. For this type of work, we will need the involvement of industrial partners to develop prototype instruments that would be acceptable to medical practitioners and laboratory pathologists, and most probably funding from the U.S. National Institutes of Health (NIH) or the Canadian Institutes of Health Research (CIHR).

More broadly, I have obtained funding from the Canada Foundation for Innovation (CFI) with matching funds from the Ontario Research Fund for Small Infrastructure to develop a nanosecond laser spectroscopy facility for interdisciplinary research. In this lab, we will integrate the broad tunability of an optical parametric oscillator (OPO) laser system to selectively excite atoms and ions in the laser-induced plasma. This “hyphenated technique,” which is called LIBS–LIF (laser-induced fluorescence), will allow us to rapidly detect and quantify trace elements closer to the parts-per-billion range, and will allow us to make very sensitive assays of biological or biomedical specimens such as blood droplets, saliva, biopsy specimens, hair or nail clippings, and even environmental or vegetable samples. 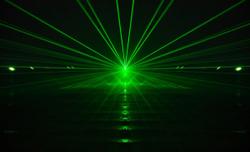