During the past decade there was an increased focus on the fact that humans, animals, and plants are concurrently exposed to a number of chemicals via water and the environment. These chemicals may have a combined action that causes a lower or higher toxic effect than would be expected from a single compound (1,2). This has raised concerns regarding their impact on human health and the functioning and health of aquatic and terrestrial ecosystems. Consequently, combined contamination has become a more important direction in environmental science.

Thifensulfuron and simazine have recently been reported as suspected endocrine disrupters (3,4), they are also known to cause multiple types of cancers (3), and have many other effects such as interrupting regular hormone function and causing birth defects, reproductive tumors, and weight loss in mothers and embryos. Despite the fact that these drugs are used at very low levels, they are found in the environment because of their solubility and other chemical and physical properties. Thus, thifensulfuron, simazine, and their metabolites end up in natural waters and soil, which are considered serious problems for environmental safety and human health.

The traditional and most frequently used methods to evaluate the toxicity of combined pollutants are biotoxicity tests, including animal toxicity tests (5–7), microorganism toxicity tests (8,9), and epiphytology investigations. Cell toxicity tests (10,11) are also commonly used. Most of the above methods are time consuming and are limited to the study of the effects of the combined contamination. The mechanism of toxicity is seldom studied.

A molecular toxicity test investigates the toxicity of combined pollutants at the molecular level (12,13). It is a simple and rapid method that can be combined with advanced experimental measurements. It is well known that contamination influences organisms by reacting with functional biological molecules such as deoxyribonucleic acid (DNA) and protein. Thus, there is great importance in directly researching the interaction between contamination and biological molecules and for learning the toxic mechanism. Spectroscopic methods, especially resonance light scattering (RLS), have been widely developed for the sensitive detection of biomolecules (14–16), pollutants (17,18), and research on the interaction of biomolecules with contamination (12,13,19,20). These spectroscopic methods are potentially powerful approaches for investigating the toxic interaction mechanism of the combined contamination with DNA in vitro (13).

In this study, the toxic mechanism of the combined contamination of thifensulfuron and simazine to fish sperm deoxyribonucleic acid (fsDNA) is investigated from the view of molecular toxicology using RLS, absorption spectroscopy, fluorescence spectroscopy, and atomic force microscopy (AFM). This work gives a new approach for investigating the toxic mechanism of combined contamination. It aims to simulate the interaction of pesticide mixtures with organisms and provides a scientific basis for the research on the toxicity mechanism of pesticides in vivo.

A standard stock solution of DNA was prepared by dissolving commercially purchased fsDNA (Shanghai Institute of Biochemistry, Academy of Science) in ultrapure water. The standard solution concentration was 100 μg/L. The stocks were stored at 0–4 °C with an occasional gentle shake if needed.

All agents were analytical reagents and were used without further purification. Milli-Q purified water (18.2 MΩ, Millipore) was used for all sample preparations.

All absorption spectra were measured by an La-25 spectrophotometer (PerkinElmer). All AFM experiments were conducted using a Multimode NS 3d electron microscope (VEECO Inc.) with a resonance frequency of 233 kHz.

All pH measurements were made with a pHs-3C digital pH meter (Leici).

Appropriate amounts of the thifensulfuron solution, simazine solution, BR buffer solution, and nucleic acid solution were successively added into a 10-mL volumetric flask, mixed, and then diluted to the mark with water.

The absorption spectra were recorded on an La-25 spectrophotometer equipped with 10-mm quartz cells in the range of 200–325 nm.

The fluorescence spectra measurements were made by keeping both the slit widths of excitation and emission at 5.0 nm, excited at 240 nm.

AFM specimens were prepared by dropping 5-μg/mL analyzed solutions onto freshly cleaved mica (already glued on a steel disk if necessary) and incubating them for 5–10 min before testing.

All measurements were conducted at ambient temperature.

The changes in absorption spectra indicate that strong bonding interaction formed among thifensulfuron, simazine, and fsDNA, leading the aggregation among them. The hyperchromic effect and red–blue shift demonstrate that there are electrostatic binding and hydrophobic forces in the reaction of fsDNA with thifensulfuron and simazine during the formation of a ternary complex (24). Moreover, the results also suggest that thifensulfuron and simazine have a synergistic effect on the interaction with fsDNA, which is consistent with the consequences of RLS spectra.

Features of the Fluorescence Spectra

From the enhanced fluorescence intensity, we can infer that the interaction between fsDNA and thifensulfuron-simazine mainly involves groove binding, intercalative binding, or both of those bindings, not electrostatic interaction because it would be hard to observe the increase (25–27). Combined with the RLS and the UV spectra, we can deduce that groove binding is the main force together with weak electrostatic binding and hydrophobic force because the intercalative binding hardly leads the increase in RLS intensity (21,28).

Effect of pH and Buffers

The buffer type and buffer pH have obvious effects on the toxicity of pollutants. We investigated the effect of pH on the toxicity of the thifensulfuron–simazine combined contamination to fsDNA. The effect of pH on the RLS intensity of the system was investigated over the pH range 1.72–9.33. As shown in Figure 5, the RLS intensity is greatly affected by pH, which in turn means that pH has an obvious effect on the toxicity. When pH is at 2.09, the maximum increase of RLS intensity was obtained. So, the pH value of the interacting medium was controlled at 2.09. Moreover, the effect of the buffer medium was also examined. Among the buffers of Britton-Robinson, Tris-HCl, HMAT-HCl, and Na2HPO4–citric acid, ΔI (%) values were 100.0, 85.3, 55.0, and 79.2, respectively. Therefore, a 1.0-mL Britton-Robinson buffer solution of pH 2.09 was used in this research.

The RLS intensity was measured immediately after mixing the three compounds. The results show that the reaction of fsDNA, thifensulfuron, and simazine occurs rapidly at room temperature. Thus, this method does not require crucial timing. Moreover, the RLS intensities remain stable for at least 3 h, which shows that thifensulfuron–simazine can tightly combine with fsDNA, resulting in strong toxicity.

This paper investigated the toxic property of the combined pesticide pollutants of thifensulfuron and simazine to fsDNA. The two pesticides have relatively weak individual toxicity to fsDNA compared to the combined thifensulfuron–simazine pollution, which showed obvious toxic interaction with fsDNA. Thifensulfuron and simazine have a strong synergistic effect on the interaction with fsDNA by groove binding, electrostatic binding, and hydrophobic forces, with concentrations of 3.0 × 10-4 mol/L thifensulfuron and 8.0 × 10-6 mol/L simazine. The RLS technique is shown to be an effective new method to evaluate the toxicity of the combined contamination of thifensulfuron–simazine to fsDNA. This work gives a new insight into the study of the toxic mechanism of combined contamination and provides a scientific basis for the research on the toxicity mechanism of pesticides in vivo.

This work was supported by the Natural Science Foundation of Hunan Province (11JJ6010), the Hunan Provincial Education Department (10A115, 11C1203), and Xiangtan University (2011XZX07). All authors express their sincere thanks.

Lin Luo, Changqun Cai, Ying Ma, Chao Weng, and Xiaoming Chen are with the Key Laboratory of Environmentally Friendly Chemistry and Applications at the Ministry of Education in the College of Chemistry, at Xiangtan University in Xiangtan, Hunan, China. Direct correspondence to: cai_mao3@hotmail.com. 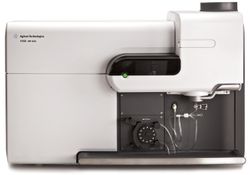 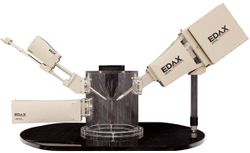 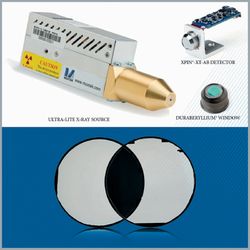