Using ICP-OES for Accurate Monitoring of Metallic Contaminants in Water According to U.S. EPA Method 200.7

ICP-AES, specified by the U.S. EPA Method 200.7, is capable of fulfilling requirements for analyzing a total of 32 metals and trace elements in supplied water, natural water, and wastewater. Here, the authors look at this method and its application to water analysis.

Industrial discharge, the use of agricultural chemicals, and vehicle exhaust, as well as natural geological activities such as volcanic eruptions, increase the probability of high levels of metallic contaminants to be found in water. Four metals (lead, arsenic, cadmium, and mercury) raise particular concerns because of their toxicity to humans, especially in cases of chronic exposure. These metals can accumulate in the body and cause serious organ damage. In response, the U.S. EPA has specified maximum contaminant levels (MCLs) under Federal Regulation 40 CFR part 141 (Tables I and II) (1). To comply with these regulations, the water and wastewater industry requires laboratories to use analytical methods capable of monitoring the levels of metallic contaminants in water.

Inductively coupled plasma–optical emission spectroscopy (ICP-OES) traditionally has been employed for such measurements. However, the required detection limit for some analytes such as antimony, arsenic, mercury, and thallium are problematic with this technique. Under the Arsenic Rule (part of 66 FR 6976, 2001) (2), the EPA stated that as of January 2006, optical ICP-atomic emission spectroscopy (ICP-AES) methods were to be withdrawn from approval for the determination of arsenic because the typical detection limit of the technique was thought to be not routinely low enough to measure confidently at the MCL level of 10 μg/L.

Although ICP-OES methods are no longer approved for regulatory analysis of arsenic in drinking water, methods such as 200.7 are still used routinely for other water analyses and using the more sensitive axial view configuration. Using the plasma view, some ICP-OES instruments are still able to offer sufficient sensitivity to provide method detection limits suitable for determining arsenic at the 10 ppb level. In this study, an ICP-OES method with dual viewing capability (axial and radial) was employed to characterize its performance for the analysis of water samples with Method 200.7.

Method 200.7 is the approved technique for the determination of metallic contaminants in water in compliance with the MCLs specified under Federal Regulation 40 CFR part 141. The method is also used extensively for regulatory analysis of wastewater samples for compliance with the permits issued within the National Pollutant Discharge Elimination System (NPDES) under the Federal Regulation 40 CFR part 136.

Method 200.7 mandates the use of ICP-OES for the determination of a total of 32 metals and trace elements in supplied water, natural water, and wastewater. It also is used commonly to ensure compliance with state regulations requiring well waters within properties to be analyzed prior to the purchase of real estate. Currently, the method serves as the basis for water analysis methods by ICP-OES across the world, especially in regions where environmental monitoring industries developed later than in the U.S.

Method 200.7 suggests preferred wavelengths, calibration, and quality control procedures as well as specific procedures for determining method performance characteristics, such as detection limits and linear ranges. The method describes a protocol for determining the method detection limit (MDL). According to this protocol, the instrument hardware and method are set up as intended for the analysis and then a reagent blank solution spiked at two to three times the estimated instrument detection limit is subjected to seven replicate analyses. The standard deviation (SD) of the measured concentrations is determined and multiplied by 3.14 (the Student's t value for a 99% confidence interval for six degrees of freedom) to arrive at the MDL. It is important that contamination is kept under control, especially for environmentally abundant elements such as aluminium (Al) and zinc (Zn), as any contamination will degrade the MDL. Interference corrections also affect the MDL, as they employ the monitoring of additional lines and propagate the measurement errors accordingly.

Method 200.7 defines the upper linear range limit of a calibration, termed the linear dynamic range (LDR), as the concentration at which an observed signal deviates by less than 10% from that extrapolated from lower standards. Sample dilution can facilitate the measurement of high concentrations, but with additional effort, cost, and error, and therefore, a wide LDR is desirable. In addition, Method 200.7 specifies a variety of quality control standards (QCS).

To commence the analysis, an aliquot of a well-mixed, homogeneous sample is weighed accurately or measured for sample processing. For total recoverable analysis of a sample containing undissolved materials, analytes are dissolved by gentle refluxing with nitric acid (HNO3) and hydrochloric acid (HCl). After cooling, the sample is made up to volume, mixed, and then centrifuged or allowed to settle overnight before analysis. For the determination of dissolved analytes in a filtered sample aliquot, total recoverable determination of analytes in water where sample turbidity is <1 nephelometric turbidity units (NTUs), the sample is prepared for analysis by the addition of the appropriate volume of HNO3, and then diluted to a predetermined volume and mixed before analysis.

Samples are introduced into the ICP-OES instrument in which they are nebulized and the resulting aerosol is transported to the plasma. Element-specific light emission is produced in a radio-frequency ICP. The emitted light is dispersed by a grating spectrometer and the intensities of the line spectra are monitored at specific wavelengths by a photosensitive detector. Photocurrents from the detector are processed and controlled by a computer system. A background correction technique is required to compensate for variable background contribution to the determination of the analytes. The background must be measured adjacent to an analyte wavelength during analysis.

Wavelengths were selected according to method 200.7 and additional wavelengths were measured in some cases. Plasma views were selected using the automated view selection function of the iTEVA software (Thermo Fisher Scientific). Axial and radial views were implemented to provide optimum data quality by avoiding easily ionized element interferences in the axial view where necessary.

LDR and MDL studies were performed as described in Method 200.7. The MDL study was performed with a reagent blank spiked with low concentrations of each element. An interference study was completed using single element spectral interference check (SIC) solutions according to Method 200.7. To demonstrate the performance of the ICP-OES system for typical routine analysis of a variety of water samples with Method 200.7, a sequence was set up as shown in Figure 1.

The 10 samples analyzed between each instrument performance check (IPC) and blank pair consisted of a variety of aqueous matrices (Table IV). The samples were analyzed multiple times throughout the experiment, replicating a run consisting of a total number of more than 300 samples, including QC and calibration solutions. Unknown samples also were spiked for analysis as laboratory fortified matrices (LFMs).

Very few significant interferences were identified during the analysis of the SIC solutions (Table V). Those that were observed can be corrected easily by using interelement corrections when necessary.

The high standards analyzed for the linear dynamic range check showed little deviation from their expected values, indicating linearity up to at least the levels indicated in Table VI. These levels are normally more than sufficient for the analysis of typical water samples.

The MDLs calculated from analysis of the MDL solution were generally in the low microgram-per-liter range for the majority of elements. All MDLs were sufficiently below the typical levels of interest for drinking water analysis, with the exception of antimony, mercury, thallium, and aluminum. The MDLs for these elements were of the same magnitude as the level of interest. For this reason, ICP-MS might be a more appropriate alternative for regulatory drinking water measurements for these elements. The use of the axial view can, however, significantly improves the detection limit of some elements measured using the radial view in this study. MDLs for some elements, such as aluminum, can be compromised by spot contamination in the sample tubes.

The ongoing IPC results were within the range of 90–110% of the known value, as shown in Figure 2, which also demonstrates the precision of the 25 IPC measurements across the 240 sample run. The relative standard deviation (RSD) of these measurements was within 5% across the duration of the run (16 h).

The results for the LFM samples show that quantitative recovery can be achieved in a variety of real environmental matrices, including unfortified and fortified tap and saline water as well as leachate and soil digest matrices. All spike recoveries were within the allowable range of 85–115%.

ICP-AES achieved compliance with the stringent analytical quality control requirements of EPA Method 200.7 for a wide range of water sample types. The method demonstrated optimum performance, as indicated by the excellent MDLs obtained, whereas wavelength verification was quick and easy.

Minimal physical and spectral interferences were observed in the interference study, demonstrating the applicability of the method for the analysis of waters and other environmental materials. Additionally, the stability of the method results in good accuracy over long periods of time and extended runs without frequent recalibration. This is revealed by the consistent IPC results.

Elevated concentrations of metallic contaminants in water can prove very harmful to human health due to high toxicity. In response, the EPA has specified MCLs and requires regular monitoring of water. Method 200.7 details the use of ICP-OES for the determination of a total of 32 metals and trace elements in supplied water, natural water, and wastewater. This method provides good accuracy and reliability of results for the vast majority of elements in most environmental samples, as demonstrated by this work. 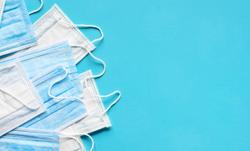 The Determination of Metals in Disposable, Non-Medical Face Masks by ICP-OES