We present a brief review of this year's ASMS conference, which took place June 14–19, 2014, in Baltimore, Maryland

The conference program opened Sunday with tutorial lectures and a plenary lecture followed by a welcome reception in the poster and exhibit hall. The tutorials were given by Lucinda Cohen of Merck Research Laboratories (Whitehouse Station, New Jersey), and Ron M.A. Heeren of FOM Institute AMOLF (Amsterdam, Netherlands). Cohen's talk was titled "Mass Spectrometry in the Pharmaceutical Industry: Everything You Ever Wanted to Know but Were Afraid to Ask." Heeren's talk was titled "Imaging Mass Spectrometry."

ASMS Vice President for Programs Jenny Brodbelt, of the University of Texas, Austin, then officially welcomed conference-goers. She was followed by Jason Kalirai of the Telescope Science Institute (Baltimore, Maryland) whose talk was titled "The James Webb Space Telescope: From First Light to the Search for Earth 2.0."

A small exhibit featuring models of spaceflight mass spectrometers used in the exploration of the solar system over the past several decades was displayed in the Convention Center's Pratt Lobby. Models on display included engineering units, flight spares, and demonstration reproductions from the robotic planetary missions to Venus, Jupiter, Saturn, Titan, and Mars. Experts were on hand to answer questions about instrument design, mission science achievements, and future directions associated with the instruments.

Several awards were presented at this year's conference. The Award for a Distinguished Contribution in Mass Spectrometry was presented on Monday afternoon to Richard M. Caprioli of Vanderbilt University (Nashville, Tennessee) for the development of matrix-assisted laser desorption ionization (MALDI) imaging mass spectrometry and its application to molecular mapping of tissues in biology and medicine. Caprioli's work led to a new paradigm for molecular imaging of tissues, founded on the development of MALDI imaging mass spectrometry. This is now a burgeoning application of mass spectrometry whereby molecular measurements can be made directly from tissues, adding significantly to the information that can be obtained from these specimens.

The Biemann Medal went to Lingjun Li of the University of Wisconsin-Madison (Madison, Wisconsin) for the number and depth of her contributions in the field of mass spectrometric study of neuropeptides and functional peptidomics. Li's research program is focused on the development of novel and improved mass spectrometry (MS)-based tools in conjunction with microseparation techniques to study challenging neuroscience problems including functional discovery of neuropeptides and biomarker discovery in neurodegenerative diseases. Li and her team have created several multifaceted and integrated MS-based platforms that include high resolution in-situ peptide mapping, tissue imaging, in vivo microdialysis, high sensitivity microseparation techniques coupled with tandem MS de novo sequencing, and new isotopic and isobaric labeling strategies, and improved bioinformatics tools to allow large-scale discover and functional analysis of novel neuropeptides.

ASMS inaugurated the Post-Doctoral Awards this year, presenting three awards of $10,000 each to promote the professional career development of postdoctoral fellows in the field of mass spectrometry. Activities envisioned for this award include, but are not limited to, conference and workshop attendance, travel to other mass spectrometry laboratories, and purchases of books and software. The awards are open to ASMS members who are postdoctoral fellows within three years of completing a PhD or equivalent degree. This year's recipients were Huilin Li of the University of California, Los Angeles, Boone Prentice of Vanderbilt University, and Hao Zhang of Washington University at St. Louis.

The Ron A. Hites Award for an Outstanding Research Publication in the Journal of the American Society for Mass Spectrometry (JASMS) went to Evan Williams and coauthors Harry J. Sterling, Alexander F. Kintzer, Geoffrey K. Feld, Catherine A. Cassou, and Bryan A. Krantz for their paper "Supercharging Protein Complexes from Aqueous Solution Disrupts their Native Conformations." The award is named in honor of Professor Ron Hites of Indiana University, who led the creation of JASMS in 1988 while president of ASMS. The corresponding author receives a cash award of $2000 and authors are acknowledged with certificates of commendation.

A closing event took place at the National Aquarium, located along Baltimore's Inner Harbor. The aquarium was closed to the general public during the event, and, along with hors d'oeuvres and drinks, attendees were treated to an iMax film, a dolphin event, and music provided by several of their colleagues.

The 63rd Annual ASMS Conference will be held May 31–June 4, 2015, in St. Louis, Missouri. For more information, visit www.asms.org in the coming months. 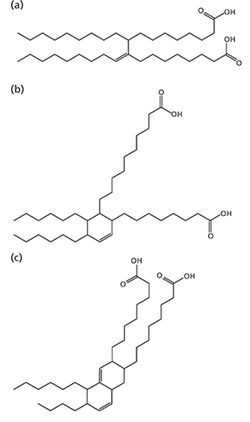 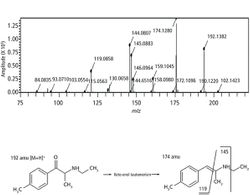