Currently, there is significant interest in using vibrational spectroscopy techniques for a variety of biomedical applications, and the methods are showing good promise. Karen Faulds, a professor at the University of Strathclyde in Glasgow, has been investigating the application of surface-enhanced Raman spectroscopy (SERS) to the detection of disease pathogens, such as meningitis, and to distinguish related pathogens in a complex matrix. Faulds is the 2016 recipient of the Coblentz Society’s Craver Award, which recognizes the efforts of young professional spectroscopists who have made significant contributions in applied analytical vibrational spectroscopy. This interview is part of a series of interviews with the winners of awards that will be presented at the SciX 2016 conference.

Currently, there is significant interest in using vibrational spectroscopy techniques for a variety of biomedical applications, and the methods are showing good promise. Karen Faulds, a professor at the University of Strathclyde in Glasgow, has been investigating the application of surface-enhanced Raman spectroscopy (SERS) to the detection of disease pathogens, such as meningitis, and to distinguish related pathogens in a complex matrix. Faulds is the 2016 recipient of the Coblentz Society’s Craver Award, which recognizes the efforts of young professional spectroscopists who have made significant contributions in applied analytical vibrational spectroscopy. This interview is part of a series of interviews with the winners of awards that will be presented at the SciX 2016 conference.

You have been doing extensive studies (1–3) on the use of SERS to identify and quantify disease pathogens by detecting their DNA-as an alternative to method to using PCR with fluorescence spectroscopy. Can you explain briefly how the method works?

SERS offers significant advantages over other established optical techniques such as fluorescence since it produces a spectrum consisting of a number of sharp bands that are specific to the analyte. The sharp bands discriminate easily from the background, giving high sensitivity and allowing positive identification of an analyte in a mixture. This work involves a new method to detect meningitis pathogens that utilizes the advantages of SERS to detect multiple pathogens simultaneously. Meningitis is usually detected from cerebral spinal fluid and speedy reliable detection of multiple pathogens is vital using the limited sample size available. Currently, bacterial culture is often used and this takes 24 h or more and may not work for all targets. In this research, DNA from the three meningitis pathogens from PCR product was detected using a novel assay that has the potential for faster and more reliable detection-the latter being vital in meningitis assays.

The assay involves the use of the enzyme lambda exonuclease with the ultimate aim to amplify the signal rather than the amount of target present. A SERS reporter probe was designed that was phosphorylated at the 5’ terminus to trigger enzyme recognition, with a target detection region that was complementary to a region of the target sequence and a SERS label. To reduce the possibility of nonspecific adsorption and digestion and allow separation of free probe, a split probe system was designed where the reporter and biotinylated capture probes hybridize to the same target sequence in a sandwich format. The target, reporter, and capture probes were hybridised before being captured on streptavidin-coated magnetic beads. After thorough wash steps to remove excess probe, lambda exonuclease was added and DNA digestion was allowed to occur. Supernatant was separated from magnetic beads and added to citrate-reduced silver nanoparticles followed by addition of spermine hydrochloride and SERS analysis using 532-nm laser excitation. This assay was carried out for the detection of DNA sequences relating to three meningitis pathogens simultaneously. In addition, each of the three pathogens was quantified within the same sample. The quantification of analytes by SERS has long been an issue, and is still very challenging to achieve for even one analyte within a matrix, therefore being able to quantify all three components within a multiplexed, clinical sample is a truly pioneering breakthrough for SERS.

In your method, it was also important that the “reporter” probe not only incorporate a suitable dye label and enzyme substrate, but also that the probe be functionally compatible with the chemistry of the enhancing surface-a colloidal nanoparticle. What is the role of spermine hydrochloride in ensuring that compatibility?

The silver nanoparticles are made by the citrate reduction of silver nitrate where the citrate acts as both a reducing and capping agent. This results in silver nanoparticles that have a highly negatively surface charge and this is what allows them to remain suspended and isolated in solution, as a result of the repulsive forces between them. To achieve maximum SERS enhancement, the analyte must be as close as possible to the metal surface. However, as DNA is negatively charged it will be repelled by the negative nanoparticles, therefore by adding spermine, a polyamine, it electrostatically adsorbs onto the metal nanoparticles conferring them with a positive charge. This allows the DNA to adsorb onto the metal surface, generating a SERS response. In addition, the spermine also aggregates the nanoparticles, which means any molecules in the interstices between the nanoparticles experience a larger electromagnetic enhancement resulting in increased SERS. Therefore the spermine plays a crucial, dual role.

In a subsequent study, you demonstrated the use of this approach to identify three pathogens of bacterial meningitis, in a method that involves labeling each pathogen with a different fluorescent dye (2). Are the spectra from the three dyes easily discriminated?

Yes, we choose the dye labels for the DNA sequences such that they had distinct spectra with unique peaks so that we could differentiate the presence of all three of the labels, and hence the corresponding DNA sequence, in a mixture, by eye. However, when it comes to quantifying all three, it becomes very challenging to distinguish the three labelled sequences by eye when trying to detect a low concentration of one of the dyes in a background of a high concentration of the other two; to do that, we required chemometrics. In saying that, the fact that we started with three dye signatures that could be visually discriminated made the subsequent quantification easier using the chemometrics.

When testing samples with three pathogens, what is the role of principal component analysis (PCA) in the analysis of the resulting spectra, and in quantifying the pathogens? What is the confidence level that the spectra obtained correspond to the three dyes attached to the three different pathogens?

We chose the dye labels such that they had easily resolved, unique peaks that you could differentiate visually. However, we wanted to be able to quantify each labelled pathogen sequence in the background of the others, that is, to be able to quantify low concentrations of one of the pathogen sequences in the background of high concentrations of the others. This becomes very challenging to do quantitatively and reproducibly by eye. Therefore we collaborated with Prof. Roy Goodacre from the University of Manchester, who developed the PCA method that would allow us to quantify each of the three pathogens in a complex spectral matrix of the others. When we carried out the final experiments, the concentrations of the samples were unknown to Kirsten Gracie, who carried out the SERS assay at Strathclyde, and the data generated were analyzed by Elon Correa at Manchester, who also did not know the actual concentrations. Therefore, the assay and the data analysis was effectively carried out using a double-blind approach. The error between the actual and predicted values is very low; the normalized root-mean-square error (NRMSE) associated with the predictions varied between 5.4 and 6.6 % which shows there was excellent correlation between the predicted and actual concentrations.

Why did you choose meningitis for this study? And does meningitis pose any particular challenges to detection?

We chose meningitis as we had collaborators who were interested in the detection of meningitis and were interested in the ability to detect and quantify pathogens. Meningitis is a dangerous and potentially fatal condition and the specific pathogen needs to be identified rapidly and specifically to allow the correct antibiotic to be administered to rapidly treat the infection and also to reduce the use of broad spectrum antibiotics, given the increasing threat of antimicrobial resistance. Our first study (2) attracted significant media attention and as a result a new collaboration with a clinician interested in using this assay emerged and allowed us to move to using clinical samples to test the assay (3).

How do the limits of detection of this method compare to those of alternative methods for detecting meningitis pathogens?

If comparing to culture-based methods, this approach is much faster and much more sensitive because it does not rely on the time taken to culture bacteria. In comparison to PCR using fluorescence detection, we have previously shown that SERS is several orders of magnitude more sensitive that the standard plate-reading fluorimeters that are routinely used in biolabs (4). However, the main advantage here is the ability to quantify each pathogen in the background of others; there are few examples of this for fluorescence and this is the first time it has been carried out by SERS.

What are your next steps in this work?

The next step is to apply the developed methodologies, for the quantitative, simultaneous detection of multiple analytes by SERS, to other diagnostic targets. We are currently looking at biomarkers related to cardiovascular disease, other bacterial pathogens, sepsis and cancer. 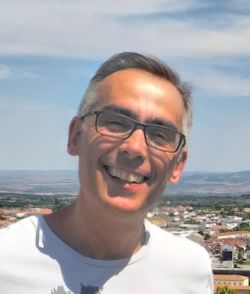 Determination of Elemental Impurities in a Nasal Spray Using ICP-MS