End of the Spectrum: NIR Speaks a Second Language

Spectroscopy editor Brian Johnson discusses how, by using near-infrared spectroscopy to examine the human brain's higher cognitive capacities, researchers at Dartmouth College have discovered areas in the brain that indicate bilingualism. Their goal is to unravel the mystery of how a bilingual person enhances the brain?s language centers as opposed to a monolingual person.

There has long been a debate in the scientific community on the effect that learning and using a second language has on the brain, as many have wondered whether the brains of bilingual people are different from monolinguals, as well as if bilingualism could possibly have a negative neural effect on young children. Until recently, the proper technology did not exist to properly map and study certain areas of the brain with precise clarity. But thanks to breakthroughs in near-infrared spectroscopy (NIRS), researchers at Dartmouth College in Hanover, New Hampshire, have discovered areas of the brain that indicate bilingualism. Their findings show that the human brain's language centers are enhanced in a bilingual individual as compared to a monolingual individual.

The authors of the study included Mark Shalinsky, former postdoctoral fellow at Dartmouth, now at Harvard Massachusetts General Hospital; Ioulia Kovelman, formerly a Dartmouth graduate student and currently a postdoctoral fellow at MIT; Melody Berens, currently a postdoctoral fellow at Dartmouth; and Laura-Ann Petitto, the study's senior scientific director, and professor and chair of the Department of Education at Dartmouth. The study was funded by grants to Petitto from the National Institutes of Health and the Dana Foundation. They utilized NIRS techniques with a Hitachi ETG-4000 NIRS system to delve into the higher cognitive capacities of the human brain, hoping to uncover the brain's functional differences between bilingual and monolingual subjects by measuring changes in the brain's oxygen levels while the subjects were tested on their language and cognitive skills. The subjects of the study consisted of 20 people ages 18 to 30, split up into 10 monolingual and 10 bilingual groups.

What the research team discovered was that when the bilingual subjects were using each of their two languages concurrently and quickly moving between them, both the left and right hemispheres of the brain's Broca area showed an increase in activity, especially in the right equivalent of Broca's area and the right dorsolateral prefrontal cortex. This discovery has shed light on the effect of bilingual language processing on the human brain, proposing that monolingual individuals are not taking full advantage of the brain's neural landscape for language and cognitive processing.

According to Dr. Petitto, these findings would have been virtually unattainable without the use of state-of-the-art NIRS methods. "Unlike fMRI, NIRS is quiet, small, and, crucially, NIRS tolerates movement. This last feature is especially extraordinary as it lends itself ideally to the study of language, both on the tongue in spoken languages and on the hands in signed languages," Dr. Petitto says. "Typically with fMRI the subject cannot move, making the study of human language, especially the production of the jaw movements in human language and speech, especially challenging. Additionally, both the depth of recording and the temporal resolution of the NIRS system are ideal for studying language, per se. Indeed the new Hitachi ETG 4000 NIRS system is particularly well suited to the scientific study of language."

The Dartmouth team believes that their research opens up new pathways for NIRS brain imaging technology by performing studies of the brain previously deemed impossible. Dr. Petitto states that fMRI inhibits brain study in infants because they cannot physically be placed in the scanner. However, with new developments in NIRS technology, it is possible to identify and track neural development in newborns over time, potentially unlocking the mysteries of the developing brain.

The test subjects performed identical language processing tasks in "monolingual mode" (in Spanish, and in English) or in "bilingual mode" (simultaneously processing and quickly switching between their two languages).

In addition to answering scientific questions about the brains of infants, the Dartmouth team asserts that with advancements in NIRS, researchers will be able to detect atypical patterns of development earlier than ever before. "One day, this new information, in turn, can contribute to intervention plans to help children well before contemporary programs would have provided help. One example is children with developmental language problems who are typically not diagnosed until around ages 3 to 5. Presently, with our NIRS machine, we can encounter a young baby 'at risk' for having language processing delays well before they are uttering their first words, or even babbling," Dr. Petitto notes. "Such early detection can one day lead to early intervention during 'sensitive periods' of brain development when the child is most able to use and benefit from particular types of environmental training over others."

Dr. Petitto also believes that a decade from now, brain research using NIRS will bring scientific breakthroughs as more scientists and researches will have access to the ever-growing technology. "There is no doubt in my mind that there will be an explosion of Cognitive Neuroscientists who will turn to NIRS as a new window into the formal study of higher cognition, in particular, especially higher cortical functions. I predict the field will indeed embrace this new technology. It is just a matter time before those struggling with the enormous, expensive, and highly finicky fMRI machines turn and embrace the many benefits of NIRS," Dr. Petitto says. "If we just take NIRS and its possible uses vis-à-vis language study, in addition to providing advances in basic research, I can easily see NIRS one day being in every pediatrician's office as part of his or her 'tool kit' of devices that will help doctors identify babies who may be at risk for later language processing disorders. For example, in our laboratory we have observed that very young babies who are typically developing process phonetic and syllabic units in a highly specific swatch of tissue called the superior temporal gyrus as young as three months old – and possibly earlier."

Dr. Pettito continues, "We have also seen babies at this age who show atypical recruitment of this STG tissue and, if it were my child, or my patient, a prudent suggestion would be that the child may be at risk for learning aspects of natural language. It might also suggest optimal remediation for the child, even one who is quite young. For example, the child may not be perceiving the bite-sized sound nuggets, the syllables, that make up words, or may not be able to parse the constantly varying speech stream to find the key phonetic units and their patterns of arrangements, and thus miss the 'stuff' from which we build all the words in our language." 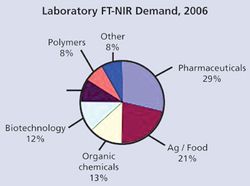