A case study demonstrating the use of an ICP-MS system to detect low levels of beryllium in urine, using a simple but highly sensitive method

Beryllium levels may be tested in blood using the blood beryllium lymphocyte proliferation test (BeLPT). However, faster and more sensitive analysis may be achieved by measuring beryllium levels in urine by inductively coupled plasma–mass spectrometry (ICP-MS). This article shows that ICP-MS is capable of fast and sensitive detection of urinary beryllium excretion and can deliver extremely low detection capability and simple sample preparation with low sample consumption.

Beryllium, the lightest of all metals, is used in a wide range of manufactured products because of its many useful properties. However, prolonged exposure to the metal is known to have adverse side effects, and beryllium has in fact been classified as a human carcinogen by associations, including the US Environmental Protection Agency (EPA) and the International Agency for Research on Cancer (IARC) (1). Although beryllium levels in blood can be tested using the blood beryllium lymphocyte proliferation test (BeLPT) (2), faster and more sensitive analysis can be achieved by analyzing beryllium levels in urine with inductively coupled plasma–mass spectrometry (ICP-MS). This installment of "Atomic Perspectives" examines the dangers to public health posed by beryllium and describes an effective method for its detection using ICP-MS.

Pure beryllium (Be) is a hard grey metal that can be found in mineral rocks, coal, soil, volcanic dust, and natural waters. The unique chemical properties of beryllium make it extremely useful in industry, as it is a light, nonmagnetic metal with a very high melting point. In alloys, it increases strength as well as thermal and electrical conductivity. The addition of 2% beryllium to copper produces an alloy that is six times stronger than copper alone (3). Even though beryllium was discovered in 1798, it only started to become commercially important in the 1930s. The mineral beryl is commercially mined in Brazil and the former Soviet Union, where large concentrations are found, while much beryllium ore production takes place in the USA and China (4). Refined beryllium is used in a wide range of manufactured products including ceramics, mirrors, computers, and even satellite structures, and beryllium alloys have uses in the electronics, automotive, defense, and aerospace industries.

The Effects of Beryllium Exposure

Human exposure to low levels of beryllium can occur through ingesting contaminated food and water. The presence of beryllium at various concentrations has been detected in fruit ranging from pineapples to papayas, although 99% of ingested beryllium passes straight to the gut. Cigarettes also contain beryllium at concentrations of up to 0.0005 µg per cigarette (5). Solid and powdered beryllium can cause irritation if it comes into contact with broken skin; however, the most common and damaging route of exposure to beryllium is the inhalation of dust and fumes at levels above 0.2 µg/m3 .

The most common form of beryllium-induced lung disease is chronic beryllium disease (CBD), which may develop either quickly or as long as 40 years after sufficient inhalation of the substance (6). Initially, inflammation occurs in the lungs as they react to the foreign presence of the beryllium; the lungs then develop collections of cells known as granulomas, which eventually cause scarring. This scarring, in turn, reduces the function of the lungs over time. While early CBD has no symptoms, later sufferers may experience difficulty breathing, weakness, joint pain, and fever. These symptoms may be ameliorated with the use of corticosteroids, but there is no cure for the condition. In the long term, lung cancer rates are significantly higher in those affected by the disease (7), and the strain on the heart resulting from this damage to the respiratory system can lead to heart disease. Overall, around 5% of those who work with beryllium develop CBD.

The dangers of beryllium are recognized in labor regulations because beryllium exposure most frequently occurs in an occupational setting. Rules on limiting exposure to beryllium are set out by the Occupational Safety and Health Administration (OSHA) in the US and the Control of Substances Hazardous to Health Regulations (COSHH) in the UK (8). Guidelines include a minimum exposure limit and rules on the adequate ventilation of workspaces, such as the safe use of high-efficiency particulate air (HEPA) vacuums for cleaning and the use of personal protection devices including face masks and respirators.

Beryllium can be measured in the urine or blood. The blood beryllium lymphocyte proliferation test identifies beryllium sensitization and has predictive value for CBD. However, a faster and more sensitive analysis can be performed by measuring beryllium levels in urine by ICP-MS. ICP-MS offers extremely low detection capability and simple sample preparation with low sample consumption and is well suited for the determination of trace and ultratrace elements in various biological samples including urine.

This case study demonstrates the use of an ICP-MS system to detect low levels of beryllium in urine, using a simple but highly sensitive method (9). The system's hardware is capable of sensitivity of more than 1000 million c/s per mg/L of analyte, while maintaining oxide ratios (CeO+ /Ce+ ) below 3%. The system's 90° ion mirror offers transmission of ions from the interface to the mass analyzer, and a collision reaction interface interference management system attenuates polyatomic ions formed in the plasma, which can interfere with the determination of elements, such as As, Se, Cr, V, and Fe, thus improving their detection limits.

High-purity ICP-MS-grade nitric acid (NORMATOM from VWR) was used in the preparation of samples and calibration standard solutions. All labware was thoroughly cleaned by acid washing and rinsing, and stored filled with 2% (v/v) nitric acid until use. A 100-mg/L beryllium stock standard solution (Inorganic Ventures) was used to make up the calibration solutions. The Bruker Internal Standard solution was used as a source of 6 Li for the internal standard. For this research project, two urine metals control materials, ClinChek Lyophilised Urine Controls, Level I and Level II for trace elements, were purchased from Recipe and used as samples for the direct trace element determination of beryllium using an aurora M90 ICP-MS system (Bruker).

The ICP-MS system was optimized for beryllium analysis in this instance and did not require the use of the collision reaction interface (CRI II) for spectroscopic interference removal. All work was carried out under routine analytical laboratory conditions. Because the samples were not acid digested a Seaspray nebulizer (Glass Expansion) was used to minimize the risk of nebulizer blockage from particulates in conjunction with a Scotts spraychamber cooled to 3 °C for optimum performance. Bruker's Quantum ICP-MS software was used to control the instrument, including all facets of instrument setup, tuning, and automatic method optimization. The method parameters used for the analysis are listed in Table I.

Table I: Using the optimized method parameters described here, scan settings of three points per peak, 50 scans per replicate, and five replicates per sample were used for the analysis

Because the samples were not acid digested, a standard additions method was chosen to minimize any matrix effects. From the stock beryllium solution, an intermediate 0.5 µg/L Be in 1% HNO3 solution was made from which a standard additions calibration curve of 5, 10, 20, 50, and 100 ng/L was generated using urine samples that were diluted 10-fold to reduce the effects from the total diet study (TDS). Additionally, 6 Li was used for internal standard correction using the internal standard solution and was added in parallel to the sample line using a "Y" piece connection at a concentration of 100 µg/L in 1% HNO3 with orange–green pump tubing. In turn, the samples were delivered using black–black peristaltic pump tubing.

Beryllium is monoisotopic and relatively interference free. However, one of the disadvantages is its high first ionization potential of 9.3 eV, which means that only 70–75% of beryllium is ionized in a standard argon plasma. Additionally, being a very light element (9.0 amu), beryllium analysis is further complicated by space charge effects within the ion beam. Research showed these shortcomings can be overcome by both increasing the power of the plasma and optimizing the ion optics specifically for beryllium analysis. Beryllium does not suffer from oxide interferences and although there is a potential interference from the doubly charged species 18 O++ and 19 F++ , their relative abundances are extremely low and of no real significance in this case. Therefore, method optimization can be conducted allowing for higher than normal oxide and the generation of doubly charged ratios. This allows method optimization to be focused on plasma power, nebulizer and sheath gas flow rates, and ion optics focusing specifically for lighter elements. To maximize method sensitivity, a solution of 10-fold diluted urine was spiked to 5 ppb using the Bruker Tuning Solution. That solution was used to optimize the ion optics to obtain the best signal for light elements.

The focus was on 9 Be counts as opposed to the higher masses 115 In or 232 Th. Additionally, oxide and doubly charged ratios of greater than 3% were acceptable. Counts of approximately 500,000 c/s for the 5 ppb Be (or 100 Mc/s/ppm) were achieved with a final method detection limit (MDL) of 0.3 ng/L in the 10-fold diluted urine samples (3 ng/L in undiluted urine).

Both uncorrected results (nanograms per liter) and corrected results (micromoles per mole creatinine) have been previously reported in other studies. While creatinine correction seems to increase the variability of the results within the workers, there is an obvious difference in creatinine levels between the worker and the control samples in some studies and so, although not measured in this analysis, there is a possible case for creatinine correction to be applied to compensate for differences in the urine matrices.

The analysis generated a standard additions standard calibration curve with a correlation coefficient of 0.999753, which demonstrated excellent linearity over the entire calibration range (see Figure 1). Results obtained for the urine metals control samples were in good agreement and fall well within the acceptable ranges stipulated by the manufacturer, thus validating the method.

This research has successfully demonstrated that ICP-MS provides a simple and very effective solution for the direct determination of beryllium in such complex samples, such as human urine. In this case, the method limit of detection (LOD) of 0.3 ppt beryllium was obtained in 10-fold diluted human urine without the need to run in high sensitivity mode, for sample digestion, or running in collision reaction interface mode for interference correction. In this instance, counts of 100 Mc/s/ppm of beryllium were achieved in 1/10 diluted human urine samples.

Beryllium is a serious threat to human health, as long term exposure to high levels can lead to incurable chronic beryllium disease. However, it is possible to achieve fast and sensitive measurements of beryllium levels in the urine of exposed workers using ICP-MS.

(3) International Agency for Research on Cancer, "Beryllium and Beryllium Compounds in Beryllium, Cadmium, Mercury and Exposures in the Glass Manufacturing Industry," in IARC Monographs on the Evaluation of Carcinogenic Risk of Chemicals to Humans (vol. 58, Lyon, France, 1993), pp. 41-117. 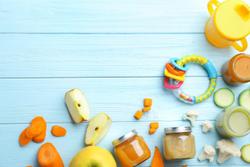 Regulating Heavy Metals in Baby Food: The Challenges of Food Manufacturers and the FDA Being on the Same Page