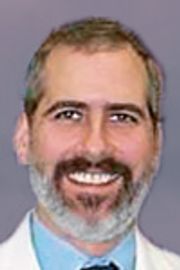 September 2006. An unusual form of spectroscopy uses light and sound to probe the behavior of materials. Here is a brief introduction to photoacoustic spectroscopy.

In 1880–1881, Alexander Graham Bell (1–3) found that when a thin disk was exposed to mechanically chopped sunlight, sound was emitted. In addition, he noted a similar effect when infrared or ultraviolet light was used. A plot of the loudness of the sound versus, for example, the wavelength of the light used, is called a photoacoustic spectrum. According to Haisch and Niessner (4), this effect essentially was forgotten until researchers led by Allen Rosencwaig (ironically) at Bell Labs rediscovered the behavior and provided a theoretical basis (5). To indicate the growth of the field, Figure 1 shows the number of publications listed by the Chemical Abstracts Service under the subject "photoacoustic spectroscopy".

Photoacoustic spectroscopy is part of a class of photothermal techniques, in which an impinging light beam is absorbed and alters the thermal state of the sample. This "thermal state" can manifest itself as a change in temperature, density, or other measurable property of the sample. One method of detection is to experimentally measure the temperature or density of the absorbing material. This is referred to as thermometric detection.

However, if the incoming light is modulated, the absorbing sample warms and cools in a cycle. If the cycle is so fast that the sample does not have time to expand and contract in response to the modulated light, a change in pressure develops. This pressure "wave" can lead to the production of a sound wave. These sound waves can be detected by a sensitive microphone, piezoelectric devices, or optical methods (for example, deflection of highly collimated light reflecting from the surface). These techniques are more properly called photoacoustic techniques. It has been argued that photo-acoustic spectroscopy is as much a type of calorimetry as it is spectroscopy (5).

One advantage to photoacoustic spectroscopy is that it can be performed on all phases of matter. Figure 2 shows a general setup for the photoacoustic spectroscopy of a gas sample. When a species absorbs some of the incoming light, one of several mechanisms of de-excitation is intermolecular colliding, which ultimately leads to increases in translation energy of the gas particles — that is, heating. According to the various gas laws, an increase in the temperature of the gas leads to an increase in the pressure of an isochoric (constant-volume) sample. If the incoming light is modulated — modulation frequencies can vary from single to several thousand hertz — the gas pressure increases and decreases accordingly, creating sound. Varying the wavelength of the incoming light will change the amount of light absorbed, the amount of pressure changes occurring, and the amount of sound produced, and a spectrum of loudness versus wavelength can be produced.

The mechanism of the photoacoustic effect in condensed samples is not as straightforward as it is for gas samples. For example, in 1973, Parker (7) noticed a photoacoustic signal apparently coming from the windows of the sample cell, which should have been transparent to the incoming radiation. Further (and this might be unique to this particular form of spectroscopy), the exact mechanism of spectrum production depends on the type of detector used. The commonly accepted mechanism for the photoacoustic effect is called RG theory, after its developers Rosencwaig and Gersho (8,9). The main source of the acoustic wave is the repetitive heat flow from the absorbing condensed-phase sample to the surrounding gas, followed by propagation of the acoustic wave through the gas column to microphone-based detector.

However, a photoacoustic signal also can be detected piezoelectrically. Instead of being dissipated as heat, the absorbed radiant energy also can be transferred through the solid-state vibrational modes, or phonon modes, of the sample. The motions of these phonon modes are nondissipative (unlike heating), limited only by the size of the sample. A piezoelectric detector physically connected to the sample can detect absorbed energy in this manner. Although piezoelectric detection is about 100 times less sensitive than microphone detectors, it can be preferable for large samples or for samples that do not efficiently convert absorbed light to heat.

One advantage of photoacoustic spectroscopy is that it is nondestructive to the sample; the sample does not have to be dissolved in some solvent or embedded in a solid-state matrix. Samples can be used "as is." Another advantage is the potential for performing depth profiles of analytes in optically transparent media. Figure 3 shows how this is possible: essentially, the slower the modulation rate, the farther the heat can diffuse before the incoming light is cut off. Figure 4 shows examples of infrared photoacoustic spectra of poly(vinylidene chloride) films using different modulations, showing differences in the spectra due to differences in penetration depth.

David W. Ball is a professor of chemistry at Cleveland State University in Ohio. Many of his "Baseline" columns have been reprinted in book form by SPIE Press as The Basics of Spectroscopy, available through the SPIE Web Bookstore at www.spie.org. His most recent book, Field Guide to Spectroscopy (published in May 2006), is available from SPIE Press. He can be reached at d.ball@csuohio.edu his website is academic.csuohio.edu/ball.