The 2-D Omni Spray ion source from Prosolia is based on desorption electrospray ionization and is designed for surface analysis with rapid sampling and high throughput. The ion source's software enables control through a graphical user interface. The ion source reportedly holds up to three Omni Slides or one Omni Slide-96. According to the company, the source is compatible with Thermo and Sciex mass spectrometers. Prosolia, Indianapolis, IN; www.prosolia.com

Torion's GUARDION-7 GC–MS system is designed for lightweight, field-portable operation. The system combines a high-speed gas chromatograph with a miniaturized toroidal ion-trap mass spectrometer. According to the company, the system weighs less than 30 lb and is the size of a briefcase. The system operates on battery power and has an on-board helium carrier gas cartridge. The system reportedly is supported with the company's operating software and its SPME syringes for sample introduction. Torion Technologies, Inc., American Fork, UT; www.torion.com

The Xevo QTof MS system from Waters is designed for traditional LC–MS-MS applications. According to the company, the system is intended for use as a high-performance, exact-mass benchtop MS-MS system in areas such as food and beverage, environmental, medical, and molecular biology analyses. Waters Corp., Milford, MA; www.waters.com/xevo

The micrOTOF API-TOF MS system from Bruker Daltonics is designed to provide a resolution of greater than 16,500 and a mass accuracy of 1–2 ppm. According to the company, the system can be equipped with a GC–atmospheric pressure chemical ionization interface to allow GC–TOF-MS analysis on the same instrument. The combination reportedly allows interchange between LC and GC operation in a few minutes without tools. Bruker Daltonics, Billerica, MA; www.bdal.com

Custom inorganic standards from Inorganic Ventures can be used in applications such as ICP, ICP-MS, atomic absorption, and ion chromatography. Each standard is supplied with a certificate of analysis that details NIST traceability, certified values, and trace impurities. The standards reportedly are manufactured in a "green" manufacturing facility. Inorganic Ventures, Lakewood, NJ; www.inorganicventures.com

The UltraFast BiPolar TOF detector from PHOTONIS reportedly exhibits a temporal resolution of 750 ps. According to the company, field tests show a near twofold increase in mass resolution. The company offers 18 models ranging from 8 mm to 40 mm in diameter. PHOTONIS USA, Inc., Sturbridge, MA; www.photonis.com

ISOLUTE SLE+ supported liquid extraction plates from Biotage are designed to be an alternative to traditional liquid–liquid extraction for bioanalytical sample preparation. According to the company, the plates provide high analyte recoveries, eliminate emulsion formation, and cut sample preparation time in half. The plates are available in 200- and 400-mg formats for total aqueous sample loads of as much as 200 µL and 200–400 µL, respectively. Biotage, Charlottesville, VA; www.biotage.com 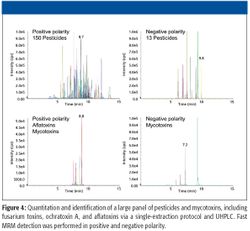 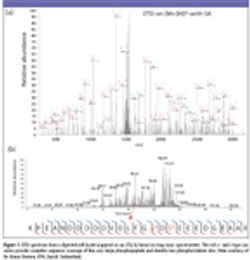