The study of the interaction mechanism of nucleic acids-CTMAB with AG showed that the enhanced RLS comes from the aggregation of AG on nucleic acids through the bridged and synergistic effect of CTMAB.

The probes for nucleic acids include cation porphyrins (6,10), triphenylmethane dyes (11,12), phenothiazinium dyes (13,14), xanthene dyes, (15) metal complexes, (16,17) and nanoparticles (18,19). However, few investigations have been carried out to apply the anionic dyes as probe reagents to determine nucleic acids so far, due to the electrorepulsion between nucleic acids and anionic dyes.

By introducing the cationic surfactant CTMAB into the nucleic acids–anionic dyes system, we noticed that DNA, CTMAB, and anionic dyes can form a three-component complex, which results in enhanced RLS signals and can be applied successfully to determine DNA by the RLS method. At pH 6.75 and ionic strength 0.07, the anionic dye alizarin green (AG, Figure 1, displaying its molecular structure) can aggregate on the surface of DNA through the bridged and synergistic effect of CTMAB, which results in the enhanced IRLS of AG-CTMAB-yDNA system. The reaction mechanism and the influential factors on the variation of RLS have been investigated tentatively. This method enlarges the range of probe reagents of nucleic acids, which will be applied widely for quantitative determination of nucleic acids.

All reagents were of analytical reagent grade without further purification, and doubly distilled water was used throughout.

A 5.0 × 10–4 mol/L stock solution of cation surfactant cetyltrimethylammonium bromide (CTMAB, Merck, Germany), was prepared by dissolving 0.1832 g of the crystal product in water in a 1000-mL volumetric flask.

A 0.10-mol/L HMTA-HCl buffer solution was prepared by dissolving 0.1401 g hexamethylene tetramine (HMTA) in a 1000-mL volumetric flask in water, and adjusting the pH to 6.75 with HCl.

The RLS spectrum and the intensity of RLS were measured with an RF-5301PC (Shimadzu, Japan) fluorescence spectrometer by using a 1.00-cm quartz fluorescence cell. All absorption spectra were measured on a UV-265 spectrophotometer (Shimadzu, Japan). The surface tension (σ) was measured with a KrÜss KizMK5 programe surface tension instrument (Krss GmbH, Hamburg, Germany) by using the suspended plate method. A pHs-3C digital pH meter (Leici, Shanghai) was utilized to detect the pH values of the aqueous solutions.

Into a 25-mL volumetric test tube was added an appropriate volume of DNA solution according to the concentration needed, 0.50 mL 5.0 × 10–4 mol/L CTMAB, 0.50 mL 5.0 × 10–4 mol/L AG, and 2.00 mL HMTA-HCl buffer. The mixture was diluted to the mark with water and mixed thoroughly, and was allowed to stand still for 10 min before RLS measurements. All measurements were made at an ambient temperature of 25 °C.

Figure 2 (curves 1–6) shows the light-scattering spectra of AG-CTMAB-yDNA-buffer, yDNA-CTMAB-buffer, AG-yDNA-buffer, AG-buffer, AG, and CTMAB-AG-buffer. It can be seen from the figure that their RLS intensities exhibit different features. In the whole scanning region, the RLS intensities of curve 2 and curve 3 are stronger than those of curve 6, but are still much weaker than those of curve 1, illustrating that the RLS of DNA is obviously enhanced with the help of both AG and CTMAB. Curve 4 and curve 5 are almost the same, which shows that the effect on the ΔI RLS values of adding HTMA to AG is weak. Similar RLS spectral characteristics can be surveyed when fsDNA, ctDNA, and RNA are used.

yDNA is a sort of surface-inactive anionic polyelectrolyte, and AG is also in the anionic state at pH 6.75. The electrorepulsion force between AG and DNA will prevent them from reacting with each other. CTMAB is a cationic surfactant; it can react with both AG and DNA due to electrostatic force to produce a kind of three-component complex (21) of AG-CTMAB-DNA at pH 6.75. The CTMAB in the system acts as a bridge between AG, and DNA and has a synergistic effect, which results in the greatly enhanced RLS intensities of DNA.

Because the enhanced extents of the RLS of AG-CTMAB-DNA system at 340.0 nm are in good proportion to the concentration of DNA, the 340.0 nm wavelength is selected for further research.

Effect of Buffer and Surfactant

The effects of surfactant are examined and shown in Figure 3. Experiment results prove that different kinds of surfactants had different effects on ΔI RLS , with CTMAB being the best surfactant. The effects of different buffers on ΔI RLS of AG-CTMAB-DNA system are investigated, and HMTA is the best buffer tested. The effects of CTMAB and pH are shown in Figure 4 and Figure 6, respectively. In Figure 4, ΔI RLS increases with increasing the concentration of CTMAB when it is below 7.5 × 10–6 mol/L because CTMAB can form an ionic association complex with the phosphate groups of nucleic acids at appropriate concentration. Thus, the volume or size of nucleic acids acting as a template that AG assembles on is enlarged, which results in the enhanced ΔI RLS of the system. The ΔI RLS decreases when the concentration is above 3.0 × 10–5 mol/L and is constant in the range 7.5 × 10–6 to 3.0 × 10–5 mol/L.

From the measurement of surface tension (Figure 5), we can obtain the critical associate concentration (CAC) in this system, which is 1.0 × 10–5 mol/L, so 1.0 × 10–5 mol/L CTMAB is selected for further research. Figure 6 shows that the enhancement of light scattering changes a lot and reaches a maximum with pH in the range 6.00 to 7.00. The dependence of light scattering upon pH might be relevant to the form of AG and DNA; when pH is below 6.00, both the free base form of AG and DNA are protonized, which is not favorable for positively charged CTMAB to be close to the DNA molecule. At the same time, the concentration of AG with two negative charges is low, which is not favorable for the reaction of AG and CTMAB. When the pH is above 7.00, the ΔI RLS of AG markedly decreases. So pH 6.75 is chosen for further research.

Effect of Addition Order of the Reagents

It is very important that the addition order of reagents be fixed. Our experiments show the optimal addition order of the reagents to be as follows: DNA should be mixed with CTMAB first, and then AG and the buffer can be added in. When AG, CTMAB, DNA, and buffer are added successively, the ΔI RLS of the system is much smaller (6). The study of the interaction mechanism of nucleic acids-CTMAB with AG shows that changing the order of reagents can alter the initial concentrations of DNA. When CTMAB reacts with DNA first, this is favorable for the aggregation of AG on the surface of the DNA molecule.

Effect of the Ionic Strength

The binding reaction of DNA and AG with CTMAB is completed after 10 min. They are mixed together at room temperature (25 °C); ΔI RLS remains a constant for about 3 h. The reaction has good stability.

The effect of substances including metal ions, amino acids, galactose, and adenine are examined for interference. The results are summarized in Table I. Most of the metal ions in biological systems, such as K+ , Na+ , and Ca2+ , can be tolerated at high concentrations.

Table I: Interference of foreign substances

Under optimum conditions, the dependence of ΔI RLS upon the concentration of DNA is determined. The analytical parameters of this method are listed in Table II. Table II also shows that there was a good linear relationship between ΔI RLS and DNA in a wide range.

No groove and helix structure exists in RNA; however, both DNA and RNA can increase the RLS intensity of AG-CTMAB in our experiment. So groove binding and intercalative binding are not the reason for RLS enhancement.

Determination of DNA in Synthetic Samples

With the calibration curves, two synthetic samples constructed on the basis of the interference of foreign coexisting substances are determined simultaneously under the same conditions. Their determination results are listed in Table III. Table III reveals that the values found in synthetic samples are identical to the expected ones; the recovery is satisfactory.

Table II: Analytical parameters for the determination of nucleic acids

Study on the Interaction Between Alizarin Green, CTMAB, and DNA

Generally, organic dyes interact with DNA in the following models: intercalative, groove, or electrostatic binding, and the long-range assembly on the molecular surface of DNA does not involve intercalative or groove binding. The addition of CTMAB and DNA can enhance the ΔI RLS without AG (Figure 2), which is due to the formation of a DNA-CTMAB association, although the ΔI RLS is smaller than that in the presence of AG. AG and DNA cannot react with each other due to the electrostatic between them (23). By introducing a bridge — namely, the cationic surfactant CTMAB — into a DNA-anionic dyes system, AG, CTMAB, and DNA formed a three-component complex of AG-DNA-CTMAB, which shortened the distance between AG and DNA and enhanced the assembly of AG on the surface of DNA.

Several other surfactants, including TPB, Tritonx-100, SDBS, and SDS (their concentrations are all in 1.0 × 10–6 mol/L range) have been employed to examine further the surfactant effects functioning in RLS enhancement. Taking the interacting system of AG-CTMAB-yDNA system as an example, the percentages of ΔI RLS are 80.3%, 28.4%, 10.6%, and 8.93% for TPB, Triton x-100, SDBS, and SDS, respectively (assuming that the percentage of ΔI RLS of AG-CTMAB-yDNA is 100%). Apparently, cation surfactants reveal RLS enhancement effects much more prominently than both non-ion surfactants and anion surfactants, disclosing that electrostatic force performs an important function in the combination of DNA and AG with surfactant. At the same time, the relatively weak RLS enhancement effects of non-ion and anion surfactant confirm that hydrophobic force is also a factor in the reaction of DNA and AG with surfactant (24).

Viscosity is one of the important parameters to assess the binding mode of a molecule to DNA (25,26). The relative viscosities of different mixtures were examined in this experiment and the results shown in Table IV. The relative viscosity of DNA declined with the addition of CTMAB, which showed that there was no intercalative between CTMAB and DNA, as well as the system of AG-CTMAB-DNA.

To understand the interaction mechanism, it is important to observe the molecular absorption features of the AG-CTMAB-yDNA complex. According to the theory of RLS (4,7,27), the RLS peak at 340 nm is ascribed to the molecular absorption band of the system in the range 260–300 nm (Figure 2), and the RLS peak at 409 nm and 544 nm to the absorption band at 415 nm and the range 580–660 nm of the system. The light absorption of the system (Figure 9) increases with increasing the concentration of DNA until CDNA is 2.5 × 10–6 g/mL, because of the forming of large assembly products. However, if the concentration of DNA keeps increasing, the maximum absorption of AG-CTMAB-yDNA complex decreases. The curves show that there is almost no bathochromic or hypsochromic shifts that observe the intercalation of CTMAB and AG with DNA, because the bathochromic and hypochromic effects in the absorption spectra are associated with the intercalation of small molecules into the adjacent base pairs of DNA (28). Similar phenomena also were found for the interaction of AG with ctDNA, fsDNA, and RNA, which disclosed further that the intercalation of CTMAB and AG with DNA is not groove binding and intercalative binding.

Herein, the interaction of DNA, CTMAB, and AG mainly depends upon electrostatic binding. Hydrophobic force is also a factor in the reaction of DNA and AG with surfactant. 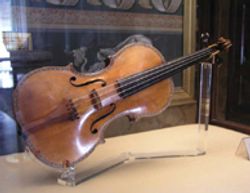 End of the Spectrum: Spectroscopy Plays the Violin 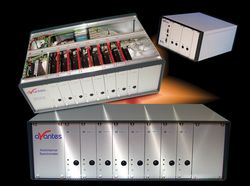