We present a brief review of this year's ASMS conference, which took place June 5–9, 2011, in Denver, Colorado.

We present a brief review of this year's ASMS conference, which took place June 5–9, 2011, in Denver, Colorado.

This year's conference was held at the Colorado Convention Center in Denver, Colorado, June 5–9, 2011. Sunday marked the opening of the conference with short courses going on during the day, tutorial lectures from 5:00 to 6:30 p.m., the plenary lecture from 6:45 to 7:45 p.m., and the welcome reception from 7:45 to 9:30 p.m. The tutorial lectures were given by Mark W. Duncan of the University of Colorado and James Jorgenson of the University of North Carolina. Duncan's lecture topic focused on good mass spectrometry (MS) and its place in good science. Jorgenson, who won the Lifetime Achievement award this year from LCGC, discussed liquid chromatography (LC) and MS. The session was very well received (see Figure 1). This year's opening plenary lecture, entitled "Our Stellar Origins Revealed by Stardust Grains," was given by Ernst Zinner of Washington University. The lecture addressed the MS analysis of tiny stardust grains from primitive meteorites and what that analysis reveals about stellar production of the elements.

Figure 1: Photo of the speakers from Sunday’s tutorial session with the ASMS Vice President for Programs in the center. From left: James Jorgenson, Susan T. Weintraub, and Mark W. Duncan.

The schedule for the conference was consistent with previous years: Monday through Thursday featured oral sessions, poster sessions, workshops, plenary lectures, and corporate hospitality suites. Oral sessions took place daily from 8:30 to 10:30 a.m. and 2:30 to 4:30 p.m. Poster sessions and exhibits were from 10:30 a.m. to 2:30 p.m. daily.

The Biemann Medal was presented on Tuesday, June 7, to Dr. Béla Paizs, group leader of Gas-Phase Peptide Chemistry Group at the German Cancer Research Center (Heidelberg, Germany). Paizs was honored with this award for work that led to the detailed characterization of peptide product ion structures and dissociation mechanisms. His work has also demonstrated that the principal characteristics of peptide collision-induced dissociation spectra can be understood with basic physical and chemical laws.

Three other awards were given out at this year's conference. Professor Scott A. McLuckey (Department of Chemistry, Purdue University, West Lafayette, Indiana) received the Ron A. Hites award for outstanding research publication in the Journal of The American Society for Mass Spectrometry. Judit Villen of the University of Washington and Brandon Ruotolo of the University of Michigan both received Research Awards that were sponsored by Thermo Scientific and Waters Corporation.

The 60th Annual ASMS Conference will be held May 20–24, 2012, in Vancouver, Canada. Visit www.asms.org for more information in the coming months.

A Sensitive, Specific, Accurate, and Fast LC–MS-MS Method for Measurement of 42 Ethyl Glucuronide and Ethyl Sulfate in Human Urine 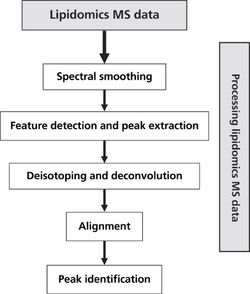 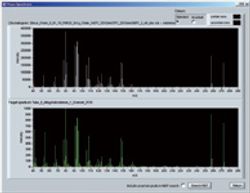