2011 Salary Survey: The Upside of Science

As we delve into a new year, market analysts are predicting a comeback in the spectroscopy field. Our 2011 Salary Survey takes a deeper look into that forecast to see if the fortune tellers have it right on the money or if the outlook is still murky.

The meaning of the word science can be traced to the latin scientia, having knowledge. Spectroscopists go several steps further and apply their expertise to a variety of fields, and in doing so, are at the forefront of many scientific breakthroughs. Given what spectroscopists offer, one would think that jobs should be in excess for them. Indeed, for most of the last decade that has been the case; however, the economic downturn has reached its hand into all markets, including spectroscopy. Nevertheless, the spectroscopy field is on a fast track to recovery and proving that there is indeed an upside to making a career in science.

Our salary survey had 562 respondents this year, with 88% completing all the questions. Staying consistent with previous surveys, the respondents represent spectroscopists from a broad range of job sectors and locations. Here is an overview of the results we will be discussing:

The salaries reported in this survey over the past decade have risen each year by a few thousand dollars. This year's increase was $3733, which is the largest jump since 2006, when the salary rose by $5000.

The salary gap between women and men continues to be an item of debate and often, controversy. Our survey respondents were 75% male and 25% female (which illustrates that women are still underrepresented in the sciences). The average salary for males is $86,000 and $76,882 for females. That salary difference of $9118 is the smallest difference we have reported. The salary gap has improved compared to last year's results, which consisted of $69,356 for women and $83,056 for men. Furthermore, women have closed the salary gap by about $4500 compared to last year's gap of $13,698. Figure 1 shows the salary gap from 2009 through 2011.

These statistics are important factors when examining the salary gap between men and women because it points out the differences among work experience and employment status. For example, a slightly higher number of female participants were employed full time, but the male participants had higher percentages of work experience in the 21–35, 36–40, and 41 or more ranges.

The places that spectroscopists spend their workdays fall into the three main areas: private industry, government or national laboratories, and academia. This year 61% of respondents work in private industry; 18% in government or national laboratories; 16% in academia; 5% in other areas such as hospitals, nonprofits, or research institutes; and less than 1% in the military.

Figure 2 illustrates the average salaries we have reported from 2009 through 2011. The trend for salaries to increase slightly is evidenced throughout the years and offers a bright outlook for next year.

All Work and No Play

The proverb "All work and no play makes Jack a dull boy," should strike a chord with many of our readers as workloads continued to rise this year and stress levels remained stagnant for many respondents. Despite these stats, our respondents also reported an increased level of job satisfaction. Let's take a closer look at the findings.

Following suit, 42% of respondents felt satisfied with their current employer; 22% felt very satisfied; 13% felt extremely satisfied; 19% were not satisfied; and 4% were not at all satisfied. Respondents were allowed to write in their own reasons for feeling satisfied with their employers; here are some common responses: ethical company; stable or good working environment; good benefits; good colleagues; interesting work; and good opportunities. Respondents were also allowed to write in reasons why they do not feel satisfied with their employers, common responses included: unethical; no advancement or training opportunities; low salary; no leadership or planning; job uncertainty; and poor benefits.

Given that 77% of repondents are satisfied, very satisfied, or extremely satisfied with their jobs, is is not surprising that most plan to stay put: 58% are not considering making a job change within the next year; 21% are considering making a job change; and 21% are unsure. Of the respondents that would like to make a job change, the majority cited professional advancement as the incentive. Other reasons included income, job environment, intellectual challenge, geographic location, and job security.

Career advancement is a high priority for many people and knowing which moves to make when is a key component to success. Figuring this out can often be a challenge, as demonstrated by our respondents, 34% of whom don't know or are not sure what the next step in their careers are. Many of our respondents are ready to take a step back from their busy work lives, as evidenced by 27% selecting retirement as their next career step. Other respondents selected specific career steps: 22% chose lab director or manager as their next move; 6% selected consultant; 5% selected company executive; 3% selected associate professor; 2% selected full professor; and 1% selected assistant professor.

Following a certain timeframe is another crucial aspect of career advancement. Our respondents have a firm grasp on this, with 27% projecting that they will wait more than 5 years before making their next move and another 27% projecting between one and two years. Seventeen percent expect to change jobs in two or three years; 10% projected less than a year; 10% projected between four and five years; and 9% projected between three and four years. When asked what was needed to make their next move, respondents wrote in answers such as more education, management experience, more instruments, publishing more research, and a better economic climate. Along a similar line, when asked how the economy and job market would affect their next career move, the majority of respondents said that it would have a negative effect or slow down the process.

A key way that companies support employees is by offering training. According to our survey respondents, 61% of company's offer training. The programs of those that do offer training include training courses, seminars, and tuition reimbursement. Our respondents also reported that 78% of companies cover the cost of conferences or web seminars.

Career paths can change drastically over the course of a person's work life and spectroscopists have a variety of options to choose from. Our survey respondents are just a small glimpse into this field, but they are a good representation of the dynamic between worker and employer.

Finally, we asked our survey respondents to tell us which region of the country they hail from. This year, 24% of respondents were from the Midwest; 22% were from the Northeast; 19% were from the Southeast; 19% were from the Southwest; 12% were from outside the United States; and 4% were from the Northwest. We took a closer look at these data and broke them down by salary in each region (Figure 5). The Southwest had an average salary of $101,023, a large increase from last year's average of $94,496. This places the Southwest in the top spot once again this year. Education levels offer some insight into the increase, but not as much as in previous years: 39% of respondents in that region have bachelor's degrees; 38% have doctoral degrees; and 23% have master's degrees. The focus of those degrees was 56% chemistry; 17% physics; 9% biochemistry or biophysics; 9% biology; 5% environmental engineering or science; and 4% chemical engineering.

Remaining in third place once again this year is the Midwest, with an average salary of $78,777, an increase of about a $1700 from last year's average of $77,080. Respondents in this region reported the following education levels: 43% have bachelor's degrees; 37% have doctoral degrees; 19% have master's degrees; and 2% have associate degrees. The areas that these degrees focus on are 67% chemistry; 8% biology; 6% biochemistry or biophysics; 6% physics; 5% polymer science; 4% environmental engineering or science; 3% pharmaceutical science; 1% chemical engineering; and 1% geology or earth science.

The Northeast reported a decrease in salary compared to last year, with an average of $86,774. The Northeast fell from second place (2010) to fourth place this year. This average is close to 2009's results, which boasted an average salary of $85,593 — the highest salary by region that year. The education levels for this group consisted of 38% doctoral degrees; 33% bachelor's degrees; 25% master's degrees; and 4% associate degrees. Degrees were mainly received in chemistry (69%); biochemistry or biophysics (11%); biology (11%); physics (4%); chemical engineering (1%); geology or earth science (1%); polymer science (1%); pharmaceutical science (1%); and environmental engineering or science (1%).

The average salary in the Northwest was $73,380 this year, which is almost a $5000 increase compared to last year's average of $68,406. The majority of participants in this region selected bachelor's degrees as their highest level of education (50%); 22% selected master's degrees; 22% selected doctoral degrees; and 6% selected associate degrees. The focus of those degrees was 71% chemistry; 12% biochemistry or biophysics; 12% biology; and 5% geology or earth science.

The staff of Spectroscopy designed the 2011 Spectroscopy Salary Survey and adminstered it using an online survey tool. A link for the online survey was sent to the entire circulation. The invitation was successfully sent to 26,318 subscribers. A total of 562 individuals responded. The field time for the survey was December 14, 2010 through February 14, 2011 (a reminder email was sent). To encourage participation, subscribers who responded to the survey were entered into a drawing to win one of five $100 gift cards. 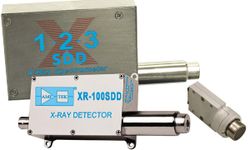 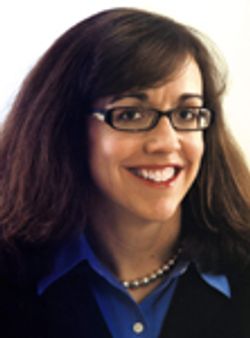