February has arrived and this frigid time of year can mean only one thing in the field of spectroscopy and analytical chemistry in general: it's time for Pittcon.

February has arrived and this frigid time of year can mean only one thing in the field of spectroscopy and analytical chemistry in general: it's time for Pittcon. As most people in this field are aware, this year's show, set to run from February 28 to March 5 in the Orange County Convention Center in Orlando, Florida, has generated a good deal more interest than past shows, and this time, the primary reason is not the science.

Readers are no doubt familiar with the debate that has been going on within the field of analytical chemistry concerning the conference industry. Are in-person events becoming less popular? Will budget-tightening impact attendance significantly in 2010? And so on. While there is certainly some validity to the theory that in-person meetings in general are not as business-critical as they once were, to get an idea of how the staff of Spectroscopy feels about this debate, one has only to look at the schedule of events we have planned for Pittcon 2010.

The additional day of bonus coverage we have added to our Pittcon Meeting Report will bring readers a preview of all the events and scientific sessions taking place in Orlando, and it represents a response to the increased interest we have received in these reports. You can look for this to arrive in inboxes on the Friday prior to Pittcon. However, far and away, Spectroscopy's biggest event at this year's Pittcon will be our podcast theater, an ambitious undertaking that we are presenting for the first time in 2010. Cosponsored with Pittcon and LCGC North America, this theater will be dedicated to bringing our audience more of the objective, nuts-and-bolts scientific information Spectroscopy is known for in a new and innovative format. The afternoon of Tuesday, March 2 will be dedicated exclusively to the topic of spectroscopic techniques and applications, with speakers from all technique and application areas, so we invite you to stop by and visit the theater any time.

The conference industry — and economy in general — may continue to generate debate and discussion as the impact of the electronic age is gauged, but here at Spectroscopy, there really is no debate: Pittcon 2010 is the biggest event in the field of materials analysis. We look forward to seeing you there. 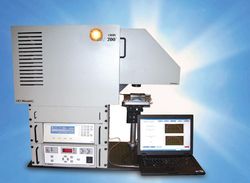