A lively exchange of perspectives emerged recently on the LinkedIn group for Spectroscopy, as well as on the group for our sister magazine, LCGC. The conversation, sparked by a New York Times article, was about what it takes to become a scientist and why so many students, particularly in the United States, become discouraged along the way.

A lively exchange of perspectives emerged recently on the LinkedIn group for Spectroscopy, as well as on the group for our sister magazine, LCGC. The conversation, sparked by a New York Times article, was about what it takes to become a scientist and why so many students, particularly in the United States, become discouraged along the way. The article noted that about 40% of students planning to major in science or engineering end up switching to other subjects or even failing to get a degree. When premedical students are included, the number increases to as high as 60%. That is twice the attrition rate of all other majors combined.

A number of participants in the LinkedIn communities said this phenomenon is not new. Science is challenging, and it requires hard work to obtain even an undergraduate degree. One noted that her roommate thought she was a graduate student, because she spent so much time in the laboratory and studying instead of socializing like the students majoring in business and liberal arts. If you don't have what it takes, or the love of it, many say, it's fine to move on.

That may be. But another important factor is the preparation students receive in these areas earlier in their education. There are too many American students who finish high school poorly prepared in math and science. And that's not just a problem for those who want to go on to earn a PhD in chemistry. In the current national conversation about the economy, and particularly over the question of which sectors can provide middle-class jobs for the future, many companies say they have difficulty finding people with the right education and skill sets in the United States. To cite just one example, the factories that remain in this country will produce high-end products that must be made with complex robotics rather than with large staffs of uneducated laborers. That means that even on factory floors, employees will need a stronger background in math and science than previous generations of American workers.

Improving the U.S. educational system is not easy. But student motivation is an important factor that should not be dismissed. As many people pointed out in the forum, our culture worships actors and athletes, not scientists or other intellectuals. (Just think of how scientists are portrayed in the television series, "The Big Bang Theory.")

Yet I have always believed the microculture trumps macroculture. We live in a larger society, but the greatest influence on our lives comes from the environment immediately surrounding us — the people we interact with every day. So even in an educational system with many gaps, an individual chemistry teacher can motivate students to continue with studies that may at first seem dry or difficult. One participant in the forum is a teacher who understands this well. In particular, he knows the value of paying attention to the average students, not just to the best and brightest. He writes:

"I once sat in front of a GC–MS system with a bunch of 'problem students' — the back-row gang. I talked of gasoline, additives, and octane. You could hear a pin drop. One of those went on to get a BS in chemistry because he saw what he could do. Little things matter."

Moving, isn't it? The good news is that it's not necessary to be employed as a teacher to contribute to this cause. Any scientist can visit a school and serve as a role model. You don't have to be famous, or a Nobel prize winner. You can just share what you do, what it took to get there, and why it was worth it.

In this online discussion, many participants expressed pride and satisfaction in their choice of profession. If some small percentage of today's generation of scientists visited a school this year to talk about why their work is rewarding, that could lead to countless students making the decision to stick with their preparation for future employment in the field.

Think about it. You, too, can make a difference. Would you like to be an ambassador for science?

Laura Bush is the editorial director of Spectroscopy and LCGC North America, lbush@advanstar.com. 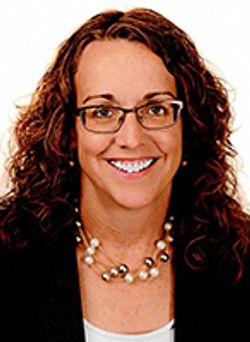 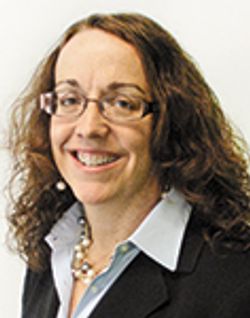